Paris has been blessed recently with the most glorious weather, making a perfect Springtime. This week the clouds and rains have perhaps joined us briefly but the clear blue skies have brought out more Parisians to cafés, wine bars and bistros. In my case, I used the sun as an excuse to drop everything and pop into more pâtisseries. 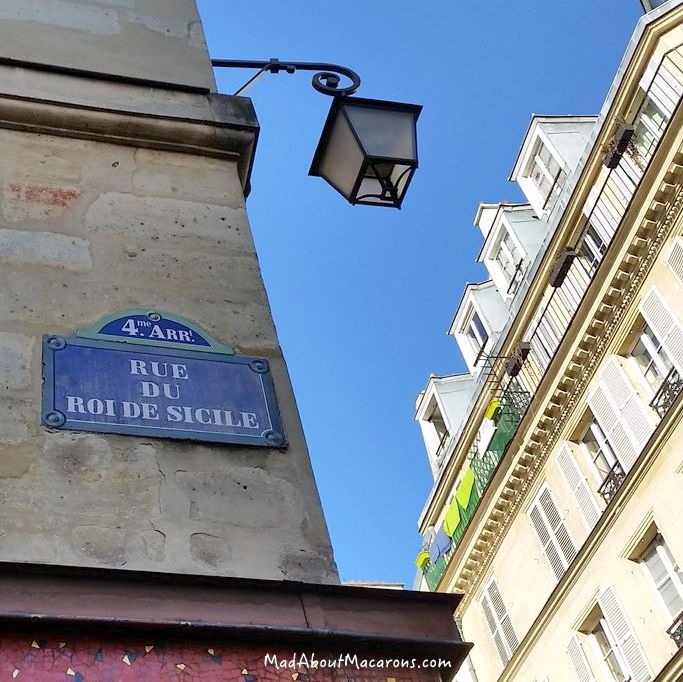 In Rue du Roi de Sicile, we’re not transported to Sicily but to Lisbon. As the Pâtisserie’s name suggests at Number 37, the Pastel de Nata is the genuine article here: Portuguese custard tarts, or Pastéis de Nata, are deliciously simple and have quite a reputation.

As luck would have it, nobody was around. As I started to chat with this delightful lady and she was telling me the custard tart’s fascinating history, a regular popped in and already announced her order.  “Go ahead”, I gestured politely. Little did I know what a big mistake this is to make in such a popular pastry shop. Before I knew it, she’d nearly cleaned out the stock and there were just 5 left.  As another regular approached, I quickly ordered the last 5 custard tarts as I was given some nose-twitching looks when they were told that they’d have to wait for another batch to come out of the oven. 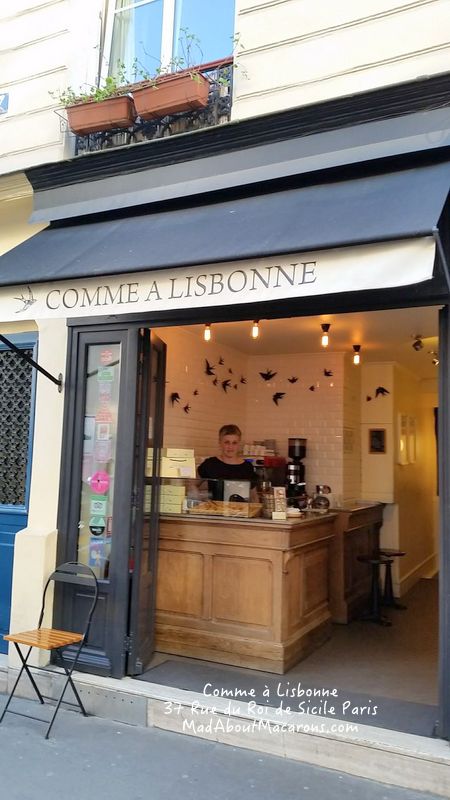 According to Comme à Lisbonne, the Pastel de Nata (or Pastel de Belém) is to Lisbon what the macaron is to Paris. They were created before the 18th century by monks at the Jeronimos Monastery in the Belém district in Lisbon. As large quantities of egg whites were used for starching clothes in the monasteries and convents, they discovered this delicious way of using up the egg yolks. 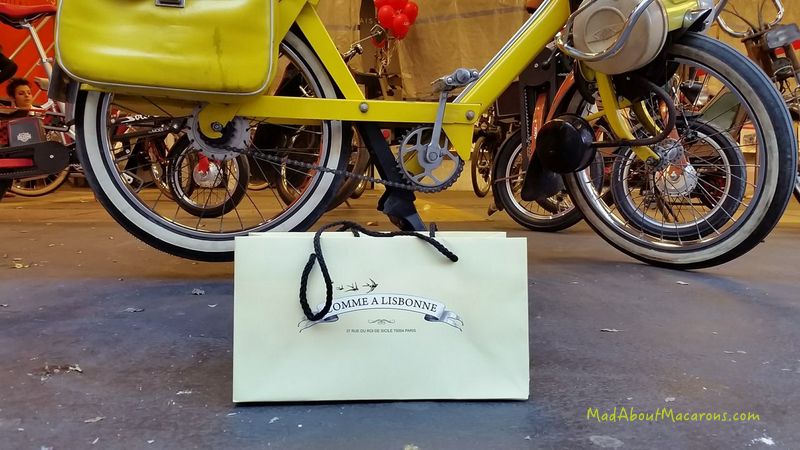 As we liberally dusted our 5 Pasteis de Nata with powdered cinnamon, and bit into the addictively crunchy, flaky pastries with creamy custard, we realised we had a problem: we wanted more. So, for a touch of Lisbon in Paris, you know where to go – just don’t be too polite in the queue! 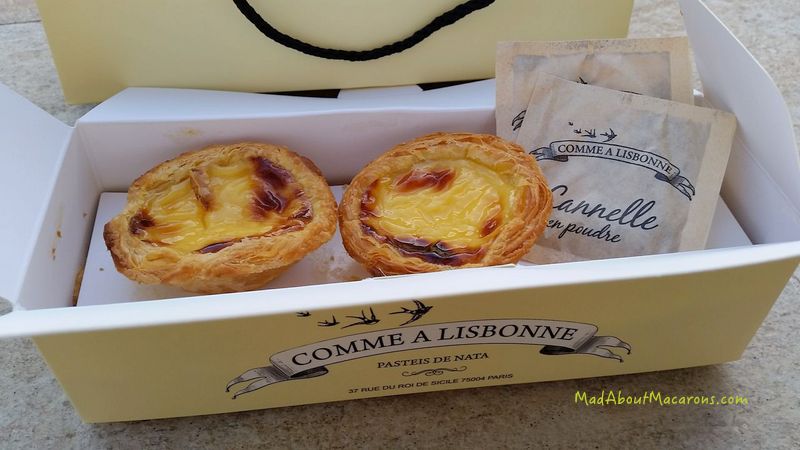 If you can’t make it to Paris or try them from Portugal, then here’s an easy Pastéis de nata Portuguese custard tarts recipe to make them yourself at home – ideal for the egg yolk recipe collection.

There is a Portuguese bakery down the road from where we stay in the Canaries at La Gomera. These tarts are so delicious!

I love this place! Yes, there are often queues but think you’ve discovered that it’s worth the wait. I could eat 5 in one go …

You could eat 5 in one go, Jean-Pierre. So I was a good girl sharing my 5 at home, then? I need to return – it is a great address!