A Macaron Tower for Hallowe'en

We’ve had such fun today. I love it when it’s Hallowe’en and the girls are on mid-term school holidays. We end up doing all sorts of mad things, like making chocolate spider macarons this time.

Lucie insisted on chocolate, even if aesthetically speaking spiders are not chocolate. This was the first time the girls made their own macarons from start to finish! OK, I’ll be dead honest: they did have a couple of ‘mummies’ around, just to keep an eye on them… 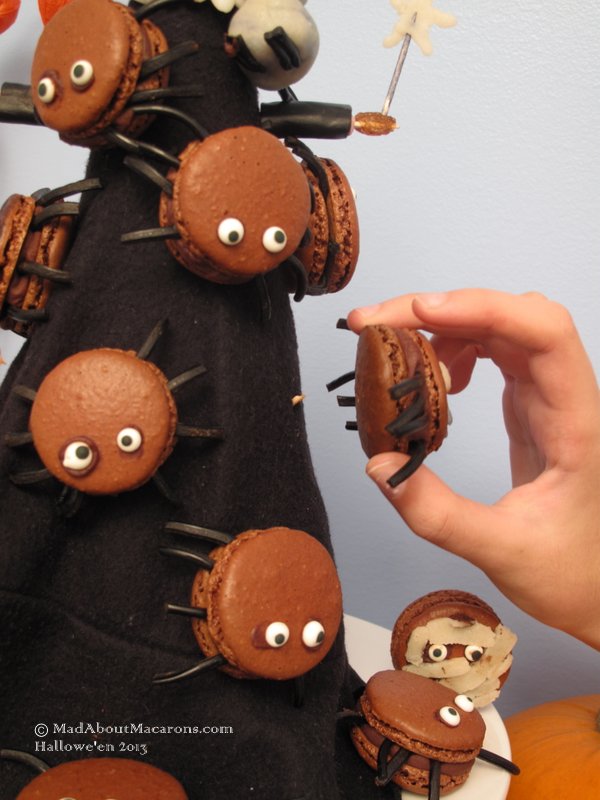 Spiders’ legs were made by unwinding liquorice spirals (ahem, Julie loves them so much we didn’t have much left for cutting them up!) and sticking them into the dark chocolate ganache before assembling them with their macaron shell tops. We covered a polystyrene cone with a witches hat and pierced halved cocktail sticks through it, so that we could stick on the macarons.

Update: the sugar eyes were bought at New York Cake in NYC – I just stuck them on the macarons using some melted chocolate, deliberately making the chocolate underneath ooze out a bit for a black-eyed effect.  I see they’re also available online on Amazon (Wilton). You can make your own candy sugar eyeballs, but it’s just as easy using mini smarties or M&Ms and drawing black dots in the middle of them using a black food colouring marker pen. 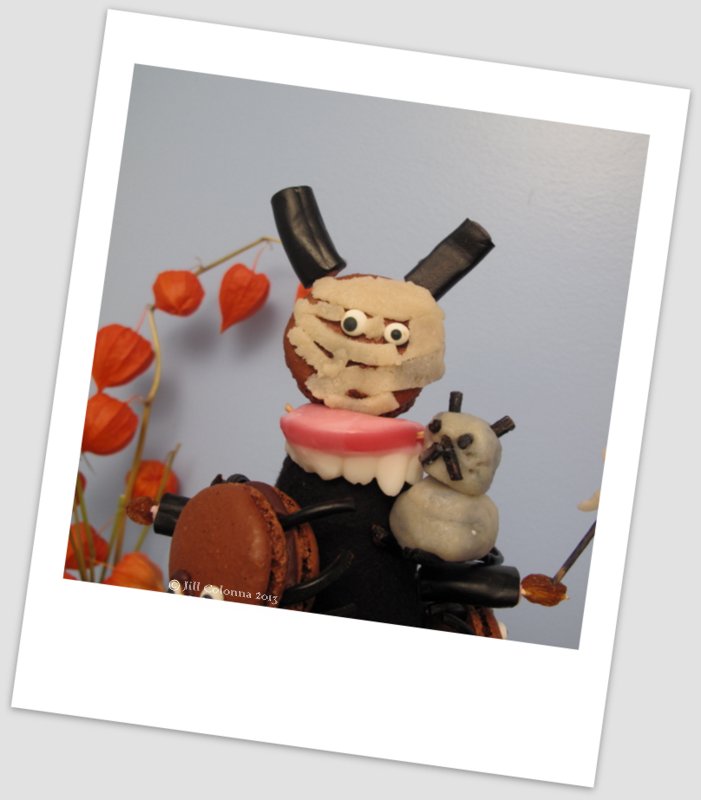 One for the family album?

It’s not finished yet but this is just a quick peek for you before we attack it all tomorrow for Hallowe’en. I feel like sticking on more spiders and lollypops – and changing that head? Och, I’ve stopped being a perfectionist. We’ve had a ball. 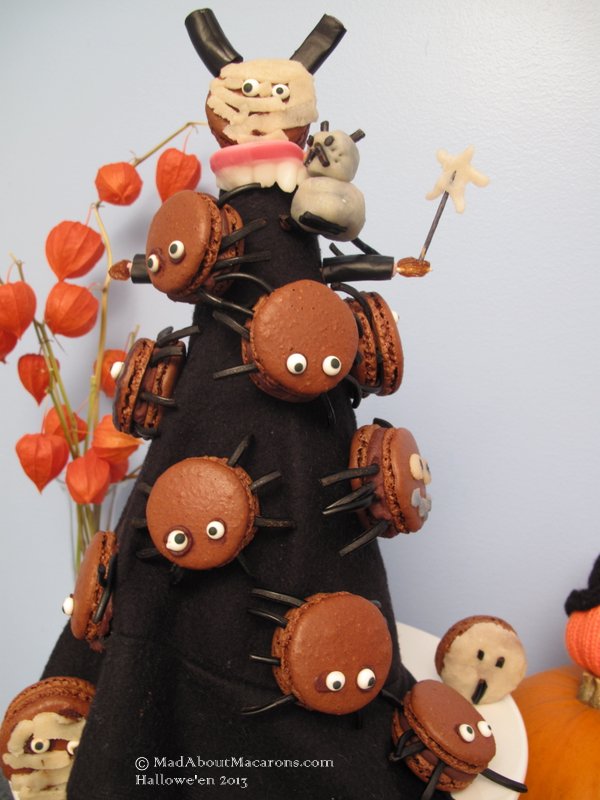 Have a fun and deliciously spooky Hallowe’en!

Hi Yamila, I bought them but you can easily make them using mini smarties and using a food colouring pen, draw in the black dots! I’ve updated the post for you with more details above. Have delicious fun making these Hallowe’en macarons!