Discovering the French teas of Theodor in Paris with the launch of Absolu Oolong tea. This is a unique Chinese green oolong tea with major notes of pear, white peach and lotus flower. However, there’s much more to this tea than that. 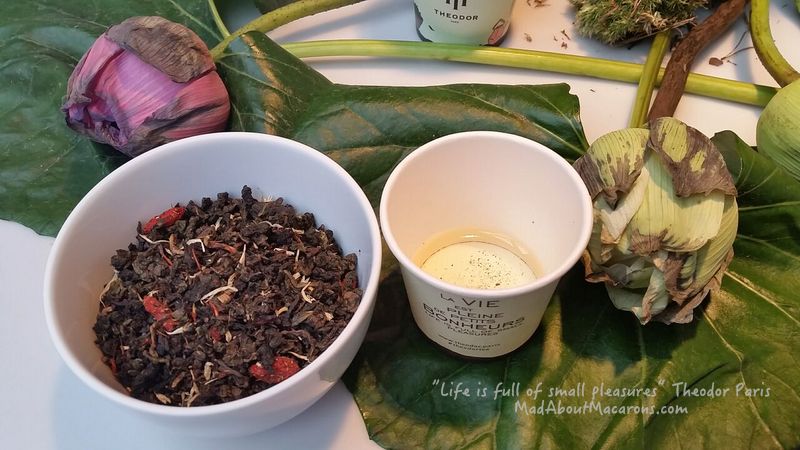 As a Brit, I am used to my classic and familiar, comforting teas. English Breakfast, Darjeeling, Ceylon, Rooibos and Earl Grey are no strangers to my teapot and dare I say, I love to add a tiny little nuage or cloud of milk to my cuppa, which probably has tea connoisseurs throwing their hands up in horror.  More French in style, the evenings call for lighter, calming infusions such as la verveine (lemon verbena) and a widening range in my cupboard of fragrant green teas. For more on this, read my recipe post on Lemon Verbena ice cream.

So when I heard from my sweet friend, Francis, about an exciting launch last week of a tea made by creator, Guillaume Leleu (aka l’Insolent Parisian) of Theodor Tea, I had to see what the fuss was about.  Headed with a strong umbrella to face the Parisian downpour, I joined him for the tasting at the Palais de Tokyo in Paris.

The launch was all about Theodor’s new J.C. Absolu Oolong.  For a start, I loved the name and was intrigued… 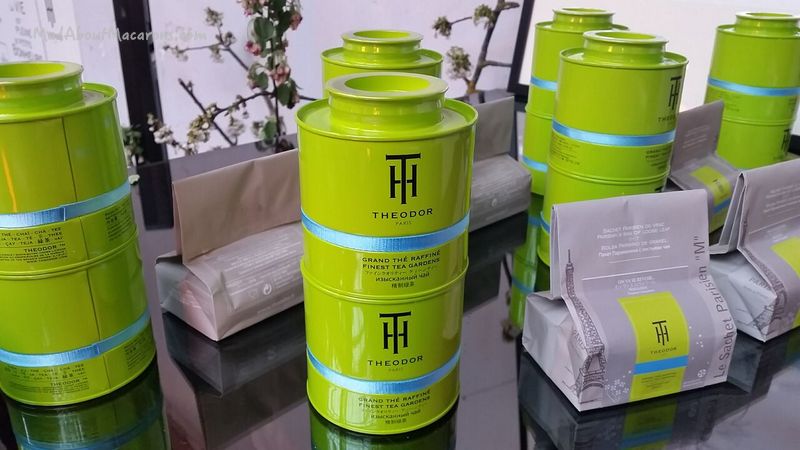 Before the tasting, Monsieur Leleu took us on passionately guided “voyage in the garden of creation” of his Chinese Oolong green tea. 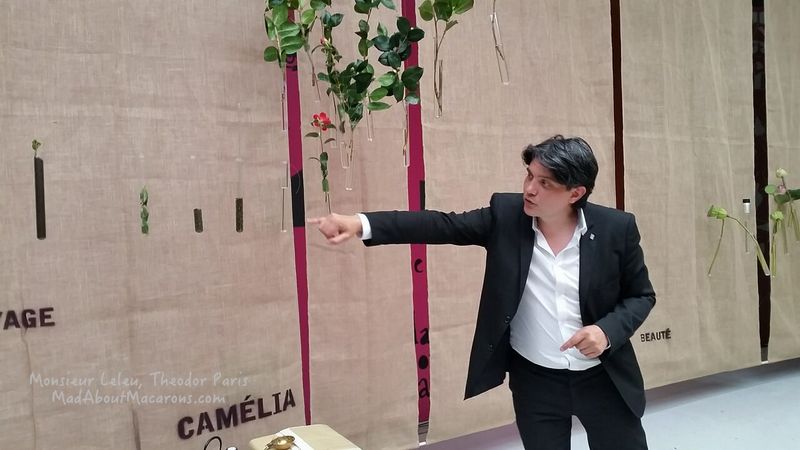 Theodor has been around in Paris since 2002 and within just a few years it now exports to over 30 countries. It has been three years since the Impertinent Parisian created a new tea for Theodor and creating such a tea like this doesn’t just happen overnight.

It took 20 months to create this perfumed oolong, needing 230 versions to arrive at the final result. 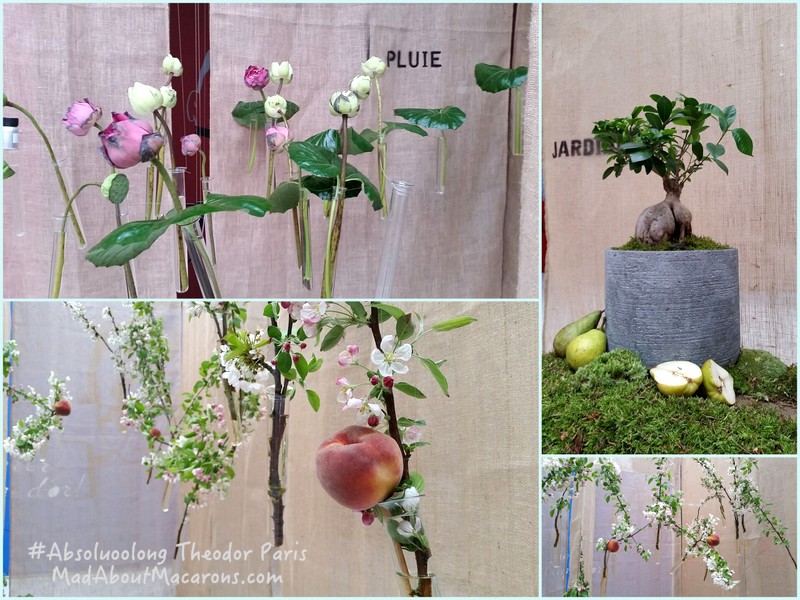 These lotus flowers give an added “je ne sais quoi” to the taste (although I’ve never tasted lotus flower so have to try this experience) and there are strong natural aromas of both white peach and pear in there too. The addition of goji berries and carthame flowers add to the magic.

The addition of the white cornflowers (bottom right test tube below) were purely for blending the tea naturally together, as there is absolutely no fragrance in white cornflowers. Who knew? 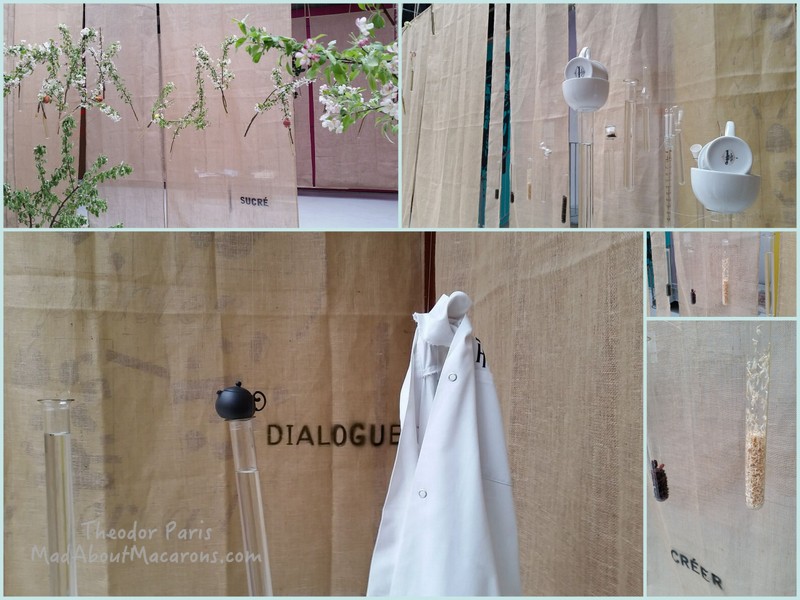 What Temperature Should Green Tea Be Served?

According to the instructions on the packet, the water shouldn’t be boiled.  For this Absolu Oolong green tea, it’s best poured at a temperature between 75°-85°C and the tea infused for 2.5 to 4 minutes.

On tasting at first, the peach came bursting through but gradually I got the pear (some tea tasters mentioned that the pear became more pronounced as the tea cooled) – and the aftertaste?  Exquisite notes of pear – and the peach and the extras, which had to be the flowers. If I had a stop-watch, I’d say it lasted a couple of minutes on the palate. Also in this unique infusion are goji berries, lotus and carthame flowers, plus cornflowers. 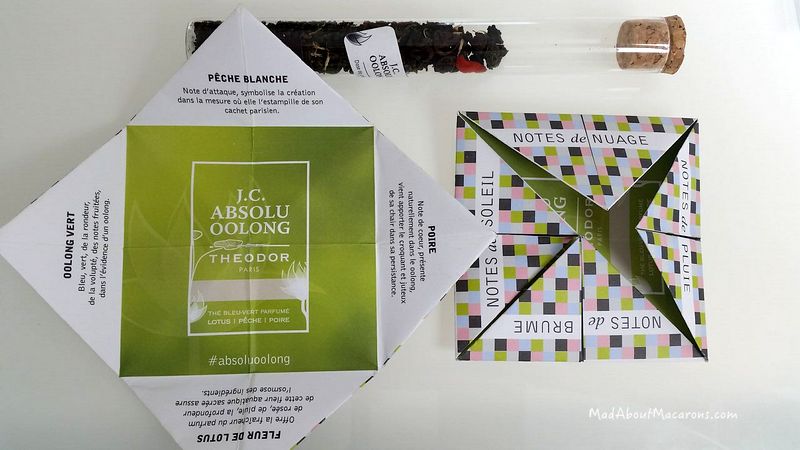 What is Oolong Tea?

Francis reminded me that Oolong tea is a Tieguanyin tea from China from the region of Fujian. I also didn’t know that it’s said to help reduce cholesterol, if consumed regularly. It’s delicious served at any time of day (perhaps except breakfast, as it’s too light). With the addition of flower petals and flavours of pear and white peach, this Absolo Oolong is also great paired with food.

What to Serve with Absolu Oolong Tea 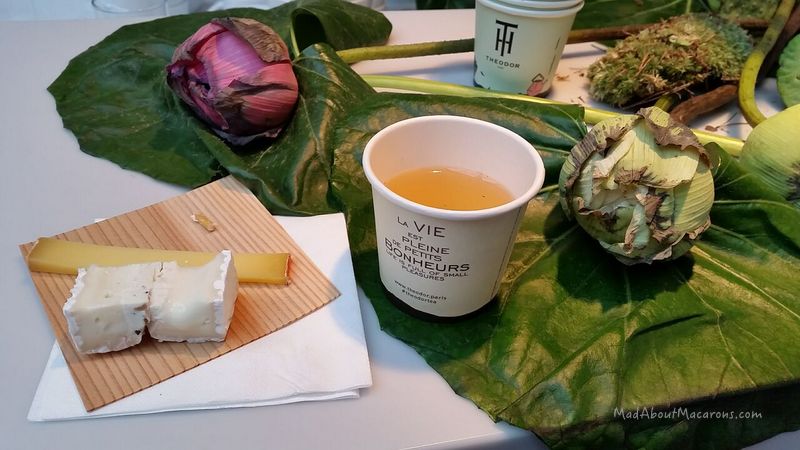 Try cheese with this green tea and see how it works!

Who would have believed that cheese was served with the tea. As a wine lover, I was expecting mature cheeses to overpower tea but no, it was a wonderful combination.

François (pictured below) explained that it’s quite the thing in Belgium and in Holland, with Betty Koster championing cheese and teas. The brie came stuffed with truffles from the Maison de la Truffe. Woah! The Absolu Oolong green tea was sensational together. 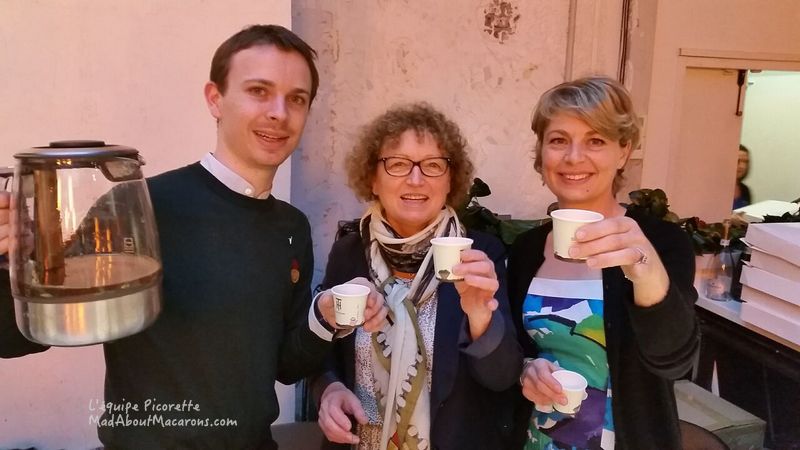 What a fabulous team at Theodor.  Cheers to the lovely staff who came from Normandy to serve tea for the occasion, from Picorette, famous restaurant tea salon in Granville.  Many thanks to Maria and Sylvie for a most warming welcome and to Guillaume Leleu for the discovery of this rather special teatime tipple.

I look forward to serving it with cheese, treats like financiers and French salted butter biscuits, and with the Parisian pastries in Teatime in Paris! 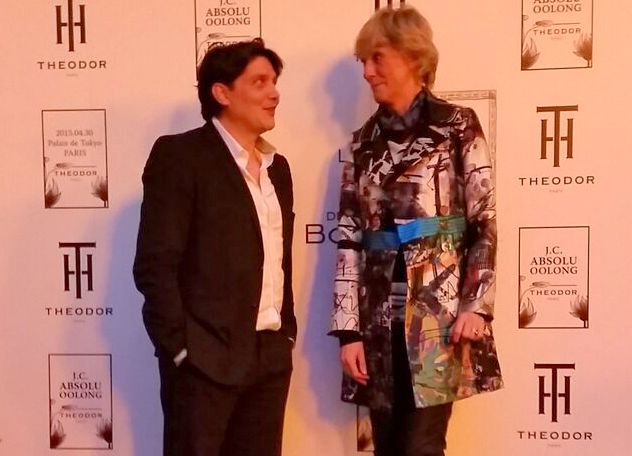 I wonder what Monsieur Leleu is dreaming up for his next tea creation? 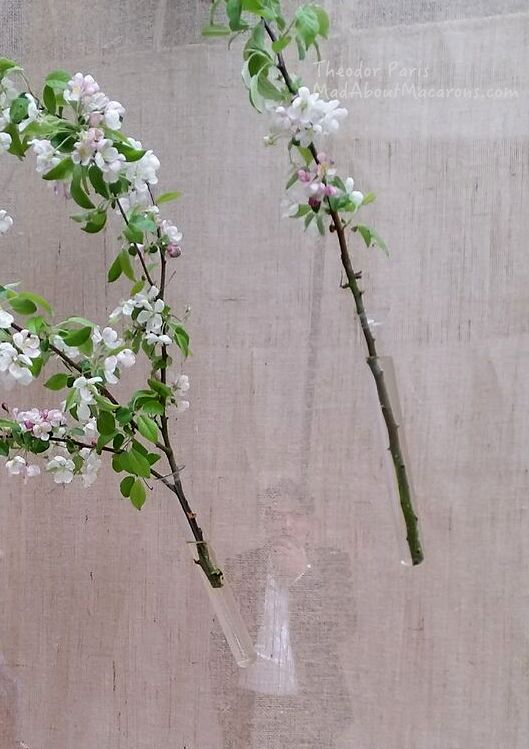 Theodor’s Guillaume Leleu thinking up his next French tea

In the meantime, pop in to the Theodor boutique at 28 rue des Sablons in the 16th, near Trocadéro. To discover more about this fascinating French tea house, read my post on Theodor.

Note: This was a free tasting open to the public at the Palais Tokyo in Paris on 30 April 2015. This post is not sponsored in any way.

What will Go with this Green Tea?