Why You Need Digital Kitchen Scales

Why it’s essential for home cooks and bakers to use digital kitchen scales for consistently successful results. Plus a Terraillon macaron scale review from the French weighing experts. 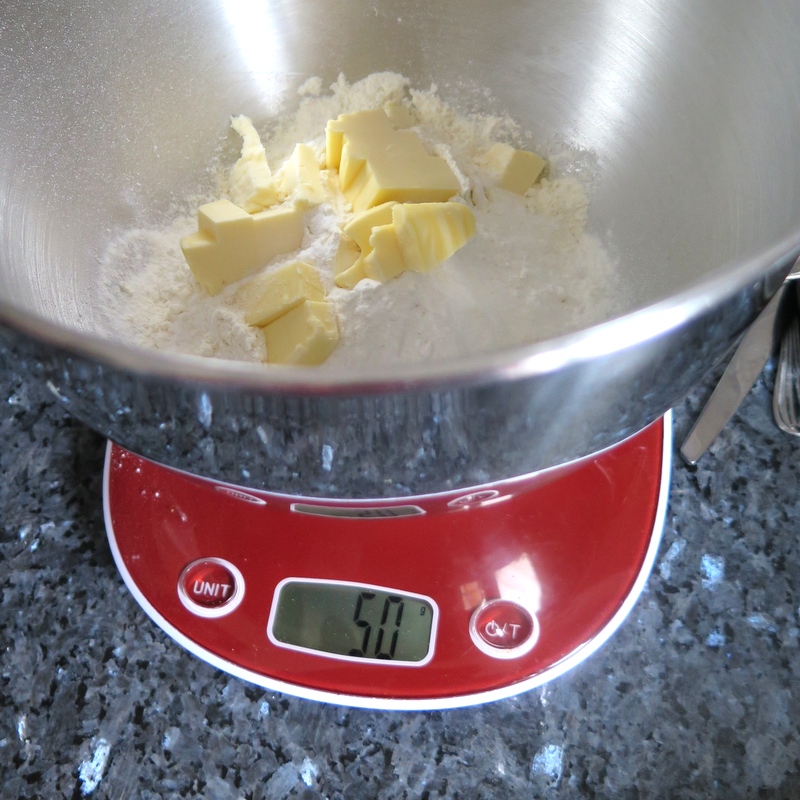 Why Do I need a Digital Kitchen Scale?

Weighing your ingredients accurately will help you produce consistently successful results each time. In fact, don’t even start making recipes that require precise measurements (such as macarons and patisserie) without them! It also takes the maths out of weighing ingredients.

What’s more, digital scales are also great at economising on washing up, as you can weigh each of your ingredients directly in the bowl or saucepan you’re using. Just place the bowl on top and flip the button back to zero.

As baking in France and in the UK (and rest of Europe) is measured in metric GRAMS (millilitres and kilos), all my recipes and in both my books are also given in grams.

However, if you’re used to baking with imperial OUNCES (fluid ounces and pounds), it’s so easy to change weight measurements with digital kitchen scales by a simple tap on the UNIT button.

Baking or making patisserie is a science. Let’s not get all technical, but yes, it’s a chemistry and if you change anything from 20g to 50g of flour or sugar in the oven, it can be a disaster (believe me, I’ve been there before digital scales).

Making macarons or pastries require exact quantities to the nearest gram (or 1/8 ounce), so you’ll need digital scales to weigh your ingredients precisely.

Likewise, you can’t just throw in 4 egg whites and hope for the best that it’s 150g if a macaron recipe asks for it. It may just work, but next time you try it could go wrong since 4 egg whites could be anything between 120g and 160g.

Although some recipes (such as muffins, pancakes and bread) can be forgiving, measurements have to be precise by WEIGHT – not volume – in order for recipes to work successfully each time.

I could go on – but do you get the picture?

So imagine my joy to discover these stylish MACARON digital kitchen scales by Terraillon. But were they up to it, being so lightweight? 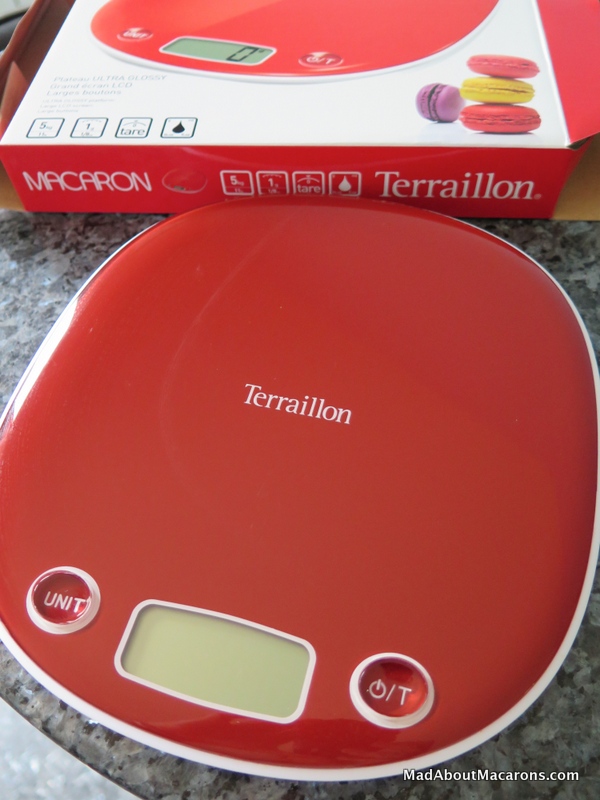 Ever since these shiny raspberry-coloured scales arrived a few weeks ago, I’ve been constantly testing them – and they have passed with flying (and glossy) colours!

To choose the best digital kitchen scales, I find that Terraillon’s Macaron Scale ticks all the right criteria boxes and more:

Disclaimer: I was not compensated for this post and was given a Macaron Digital Kitchen Scale by Terraillon for the purpose of a review. I am not required to be positive and, as always, all opinions are my own.

I’d love grenadine! I’m getting my very first “grown up” kitchen and would love to have useful kitchen gadgets to improve my baking!

Hi Meg,
Thanks for entering. Great news on your new kitchen and love the grenadine colour to go with it. I do hope this will encourage you to pick the best digital scales for all your baking in it.

Well, what sort of excuse can I give to win this lovely scale now I have one in the Thermomix???? All
I can say, the colour matches with my kitchen!!!????
Lots of love from ????

Even with other gadgets, I still appreciate these excellent, reliable scales. Yes, the colour would go beautifully!

I’d go for grenadine – bright red is my favourite colour and will match the rest of my kitchen. I need them so I can give my mum my current digital scales as hers are really useless and I know she won’t take them unless I have a replacement.

Oh Laura, how I wish I could have been able to give away scales to everyone! I do hope that your Mum gets good scales like this one. As you know, it does make all the difference. Love the bright colour – your kitchen sounds lovely!