A gluten free moist chocolate almond cake, made extra special with a hint of Grand Marnier and topped with a festive glaze. A popular French cake often served on special occasions, fit for the Queen of Sheba, otherwise known as the Gâteau Reine de Saba. 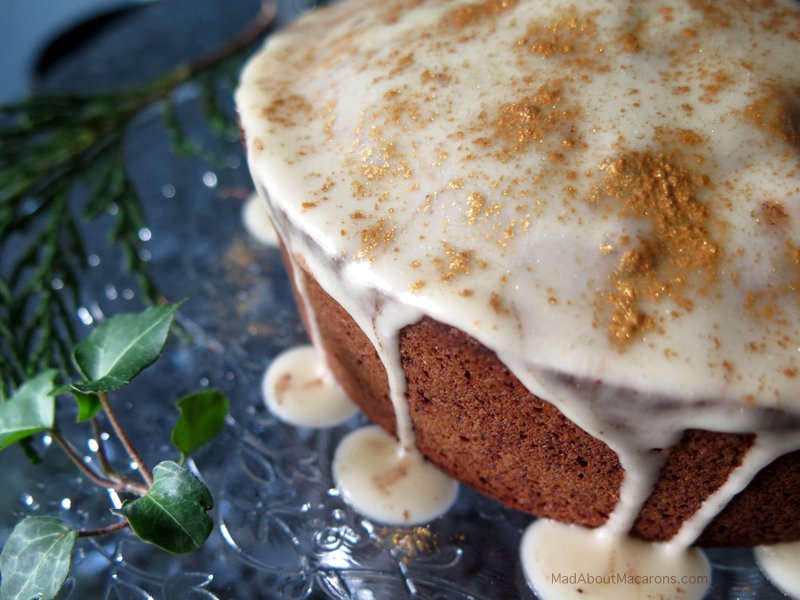 Mention ‘The Queen of Sheba’ and Handel’s famous music from Solomon plays full swing in my head.
Little did I know when I married my Frenchman in 1997 that the Queen of Sheba is la Reine de Saba in French.  So imagine, years later, how it was music to my ears to hear that the French make a gluten-free chocolate cake called the Queen of Sheba. A Reine de Saba Chocolate Almond Cake is a welcome arrival to any party, topped with a silky boozy glaze.

I loved to play ‘The Arrival of the Queen of Sheba’ as a piano duet with my bestie growing up in Edinburgh.  Even the day I married my Frenchman, Dad and I arrived to Handel’s music as I played Queen for the day. What a memorable entrance it was with an oversized Scottish golf umbrella, wondering if the organ of Saint Giles would be drowned out by the bagpipes playing to the tourists outside.

Only recently I discovered that there’s a Reine de Saba museum in Paris, particularly dedicated to Yemen. Out of 27 years in the City of Light, I still haven’t been to it yet on rue de Pradier in the 19th. So, if you have been or plan to go, please tell me below in the comments. 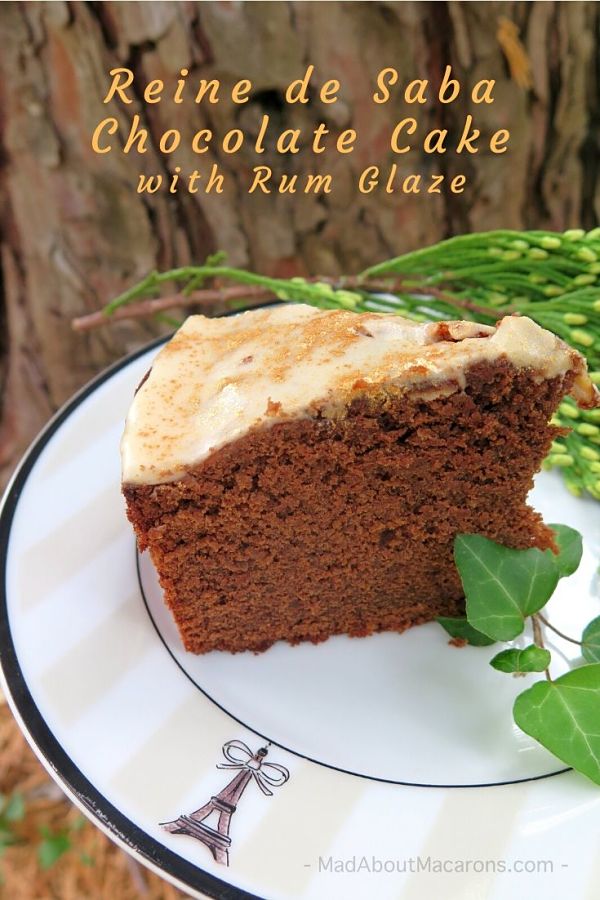 I saw a recipe for the Reine de Saba cake in a free French booklet of ‘50 Best Chocolate Recipes‘ published by France Loisirs many years ago. It was popped into my bag at the checkout after Christmas shopping in a French kitchen appliance shop in Paris’s 16th. If you know the chic 16th in Paris, getting something free here is pretty much unheard of, so I treasured it.

Earmarking the festive-looking Reine de Saba chocolate cake, this wee book of recipes was forgotten about during that festive season madness. It was put away in the bookcase for another Christmas, dwarfed and hidden by my other cookbooks. Then recently on a bout of tidying (inspired by an episode of Marie Kondo on Netflix, as I thought, ‘Do I really need to keep all of those books?’), I re-discovered this slim chocolate-coloured book.

It fell apart the moment I opened it. Well, it was free. 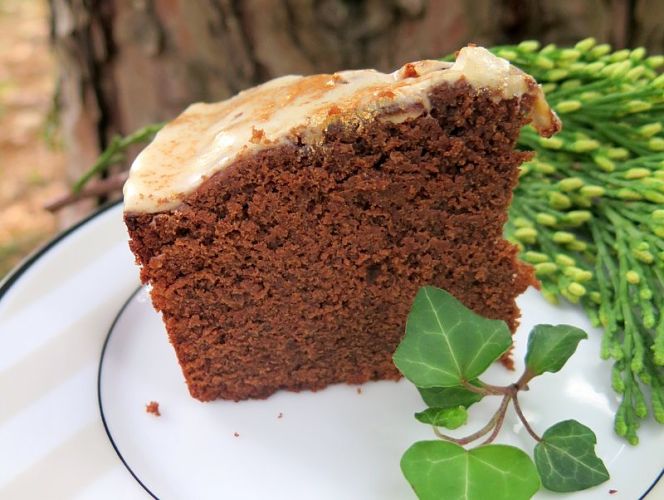 That Reine de Saba recipe still looked enticing. After trying it out a few times using different moulds, toppings, and tweaking a couple of things like reducing sugar and adding rum, this is it. That wee book perhaps is already in tatters but this recipe is definitely a keeper and now a firm, family favourite next to the Chocolate Ginger Fondant Cake.

Can you Handel another French gâteau that just happens to be a gluten free chocolate cake? If you would like more recipes like this, don’t forget that you can find all my gluten free recipes on le blog. 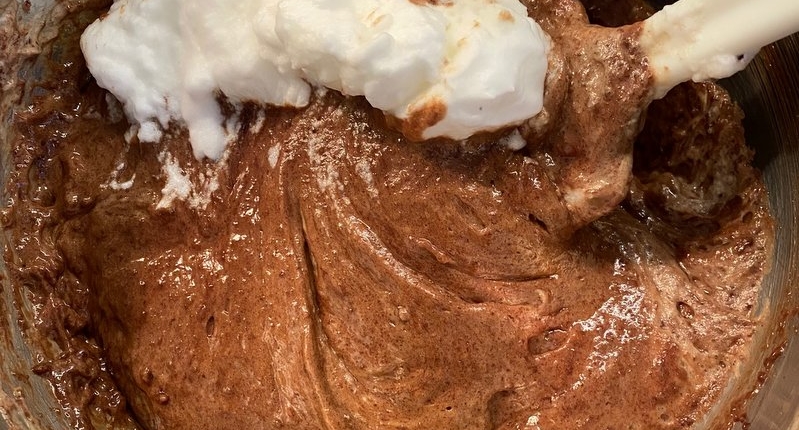 What Can I do with the Leftover Egg Yolks?

As you can see from the recipe below, this recipe calls for two egg whites. Normally egg whites can keep for a few days in the fridge but I prefer to use up fresh egg yolks as quickly as possible on the day.  You’ll find a whole index of egg yolk recipes to choose from by number of yolks.

The baked, crispy glaze topping takes this recipe into Christmas dessert mode or for a special occasion birthday cake. The family loved this topped with freshly whipped Chantilly cream, laced with just a touch of dark rum (or with Grand Marnier®).

Finish off with a dusting of unsweetened chocolate powder or edible gold dust. If you like your Christmas chocolate cake spiced, then add a teaspoon of gingerbread or pumpkin spice to the cake and/or the glaze.

Plus (you know it’s coming, don’t you?) why not serve with some almond macarons? Don’t forget that Parisian macarons are also gluten free.  You’ll find the recipes for all my macarons in both my books, Mad About Macarons and Teatime in Paris! 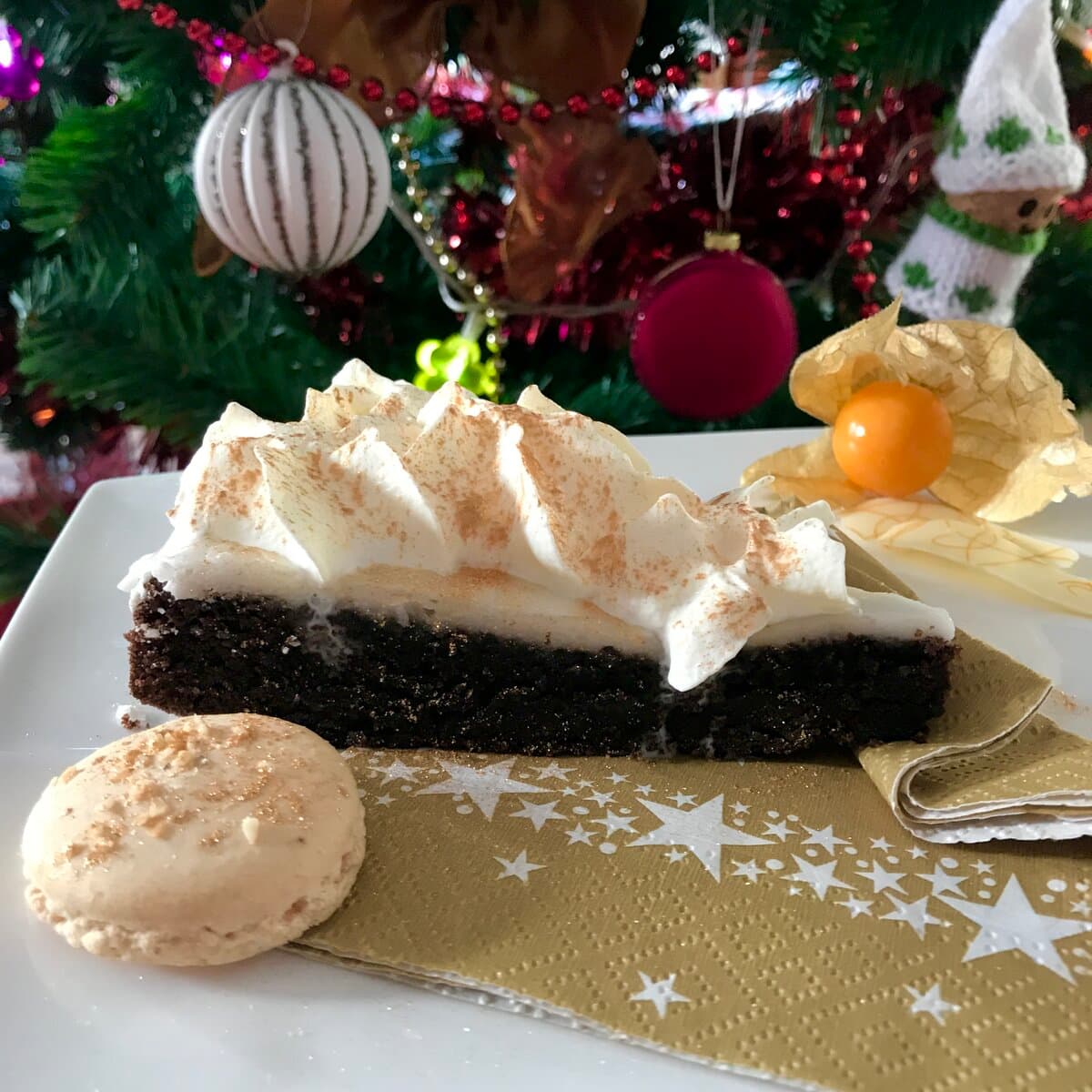 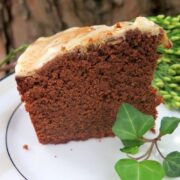 A French celebratory, gluten free moist chocolate and almond cake, made extra special with a hint of Grand Marnier and topped with a festive glaze.

For special occasions such as Christmas, serve the cake topped with whipped cream laced with a dash of Grand Marnier® or rum or simply with a dollop of crème fraîche. 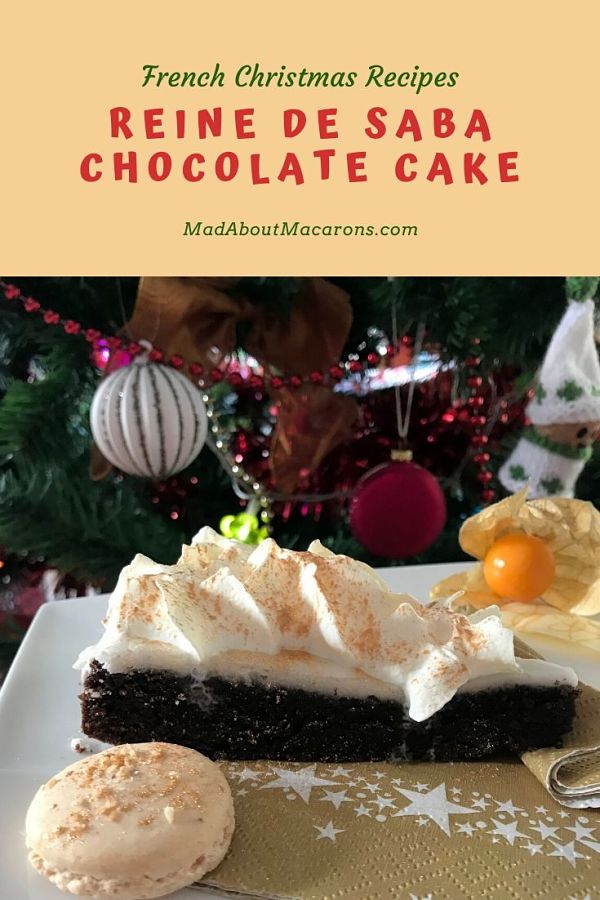 I speak fairly fluent French and really hadn’t made the connection that the Reine de Saba is the Queen of Sheba! In any case, I hadn’t come across this lovely looking cake that is named for her, it looks wonderful!

I’m so happy to have introduced you to this, Kavita. I didn’t realise about the Queen of Sheba either for a while! Have a delicious Christmas x

Looks like the perfect festive dessert for Christmas, Dear Jill! Wishing you lots of fun and lovely time with loved ones!

Thanks so much, Betty. Cheers to you and yours for a most delicious, merry Christmas.

Oh my goodness, what a dreamy cake! I just love the rum glaze and that you came upon the recipe and decided to make it right away this time. I love your story, and have to say, you better get to that museum before I do! 😉

Something tells me you’ll get to the museum first at this rate, Christina. I’m going to make that cake yet again, as Julie has made it home in spite of the strikes – yippee!