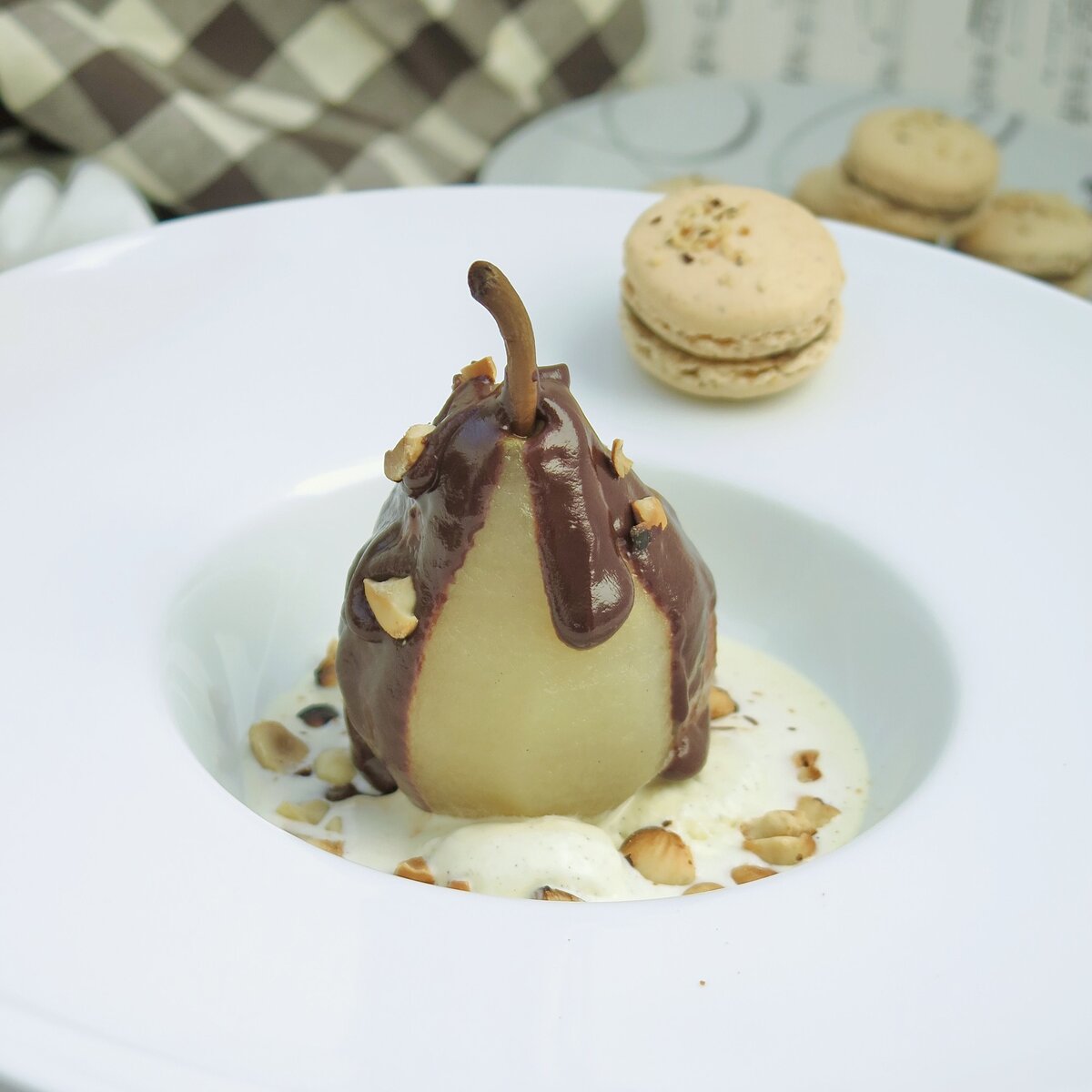 The scrumptious musical inspiration happened in Paris, 17 December 1864 at the Théâtre des Variétés on Boulevard Montmartre. The French soprano, Hortense Schneider (known as la Snédèr) was singing the title role of Helen of Troy (or Sparta) in the first performance of Jacques Offenbach’s opera bouffe, La Belle-Hélène.

Funnily enough, the soprano was originally turned down by the Théâtre des Variétés when she came to Paris from Bordeaux. It’s thanks to Offenbach who invited her to the Théâtre des Bouffes Parisiens in Passage Choiseul, which the composer founded in 1855 for the performance of his operettas and opera bouffes. From then on, Hortense Schneider became a real Parisian celebrity – even if she was renowned for being a bit of a Prima Donna. 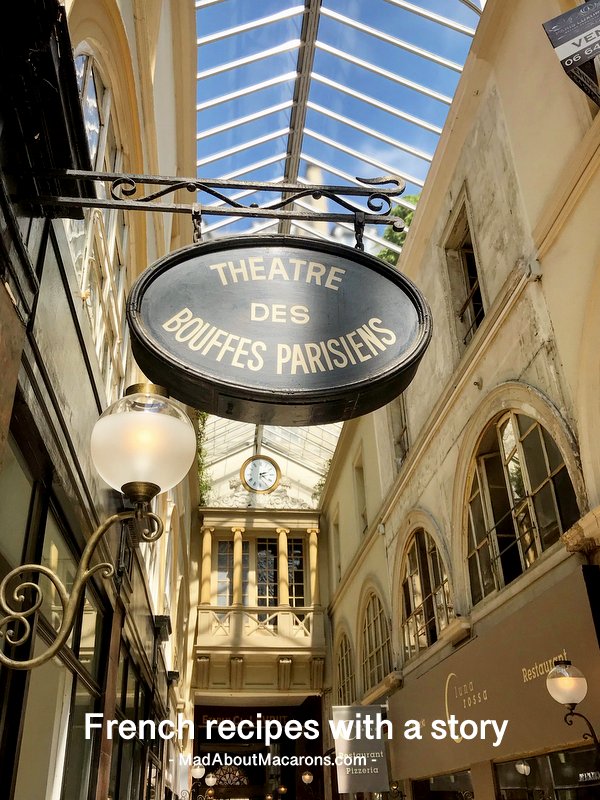 Captivated by Schneider’s silky smooth voice as the beautiful Helen at that first performance, the young chef, Auguste Escoffier – who would be a mere 18 years old – dreamt up this symphony of flavours: a pear poached in vanilla syrup, served with vanilla ice cream and topped with the silkiest smooth French chocolate sauce. Could the soprano have been a bit pear-shaped?

Here was chef Escoffier’s creation of Helen’s ‘Beautiful Pear’ (pun totally intended!) or Poire Belle-Hélène. Somehow it sounds so much better in French, doesn’t it?  Like a good tune, it’s all in the mixing of simple, good ingredients.  So, please use GOOD QUALITY CHOCOLATE for the sauce, good fresh pears (Pear Williams: ripe but firm; not turnips, either!) – and if you don’t use homemade ice cream, then use good quality which uses vanilla beans/pods rather than just an aroma. 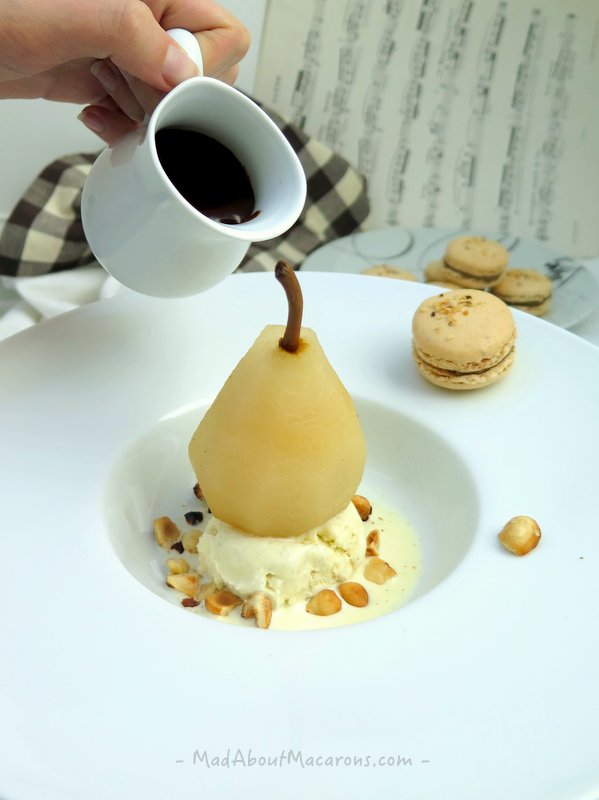 The Most Intense Chocolate Sauce

As you can see from some of the photos, the chocolate sauce thickened as it became cool in taking these pictures.
If you prefer your sauce to be more liquid, then add just a little more cream before reheating. 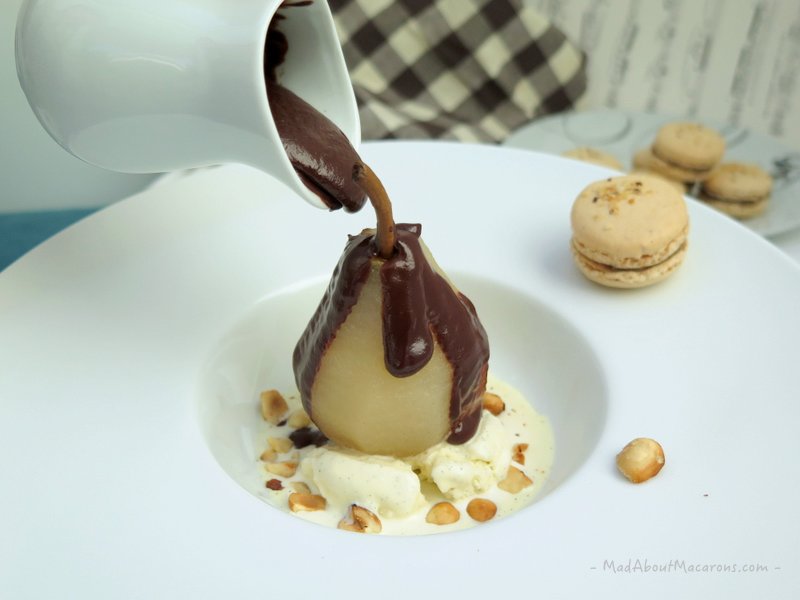 Normally the Pear Belle-Hélène dessert is garnished with grilled flaked almonds but, as I adore chocolate and hazelnuts together, toasted broken hazelnuts add a cracking crescendo to a delicious finale (or toasted walnuts).  A chocolate hazelnut macaron adds a fabulous Encore (recipe in Mad About Macarons) 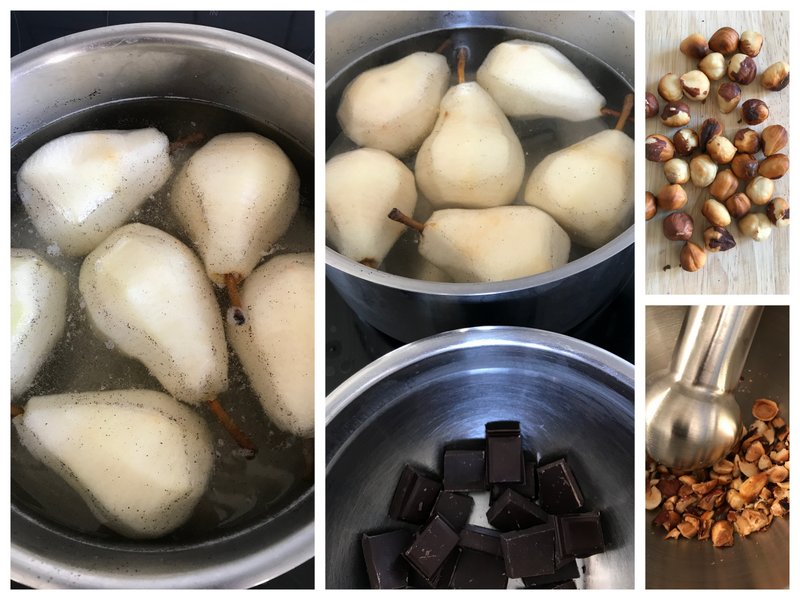 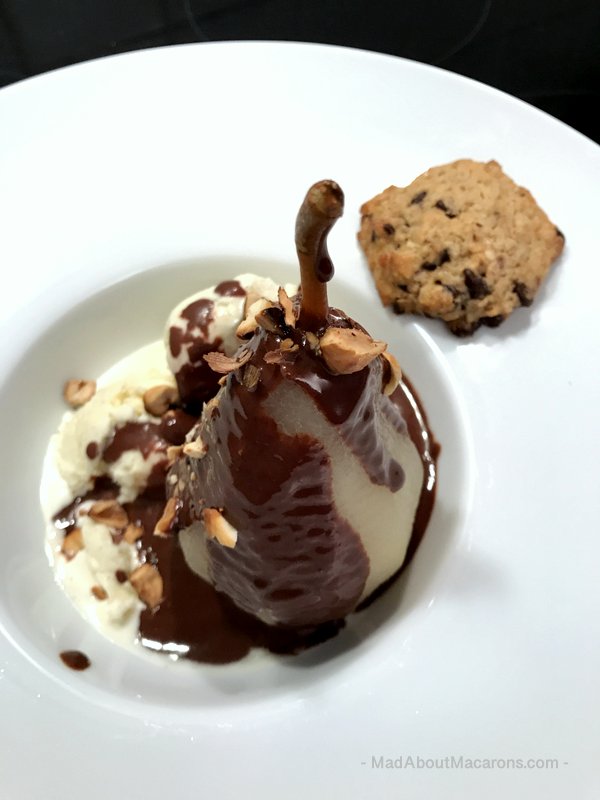 What Can I serve with Pear Belle-Hélène?

To bring out the tasty crunch of the toasted hazelnuts, serve with Hazelnut and Chocolate Chip Cookies – another perfect duet that sings along with Hortense’s interpretation of Offenbach and a Poire Belle-Hélène dessert! 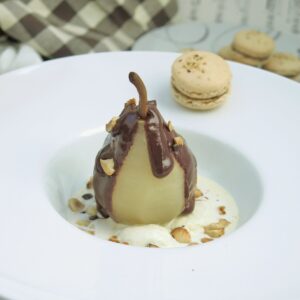 Serve with chocolate or chocolate-hazelnut macarons or with chocolate hazelnut cookies. It's best to use pears that are just ripe (not over, not under). If slightly under, then allow for slightly more cooking/poaching time. Nutritional Information: 238 calories per serving; 4g protein; 12g fat; 29g carbohydrates. 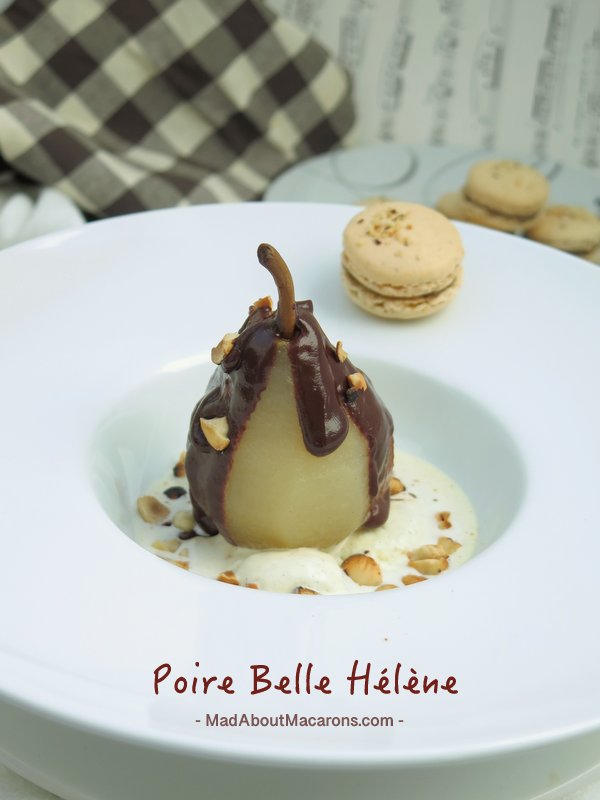 Poire Belle Helene – a Parisian Recipe with a Story

Autumn is falling for French mushrooms, walnuts, pears, apples, chestnut pumpkins and clementine oranges – get their recipes, historical, healthy facts and fun slang French sayings using them.
Did you know that purple carrots have been around far longer than orange carrots?