Macaron trifles with raspberry, rose and lychee, inspired by the flavour of Pierre Hermé’s Ispahan macarons. A Parisian touch to British trifle, making them gluten free and made with homemade raspberry jelly.

Perfect for a special dessert or afternoon tea for Valentine’s Day, Mother’s Day or just a treat. 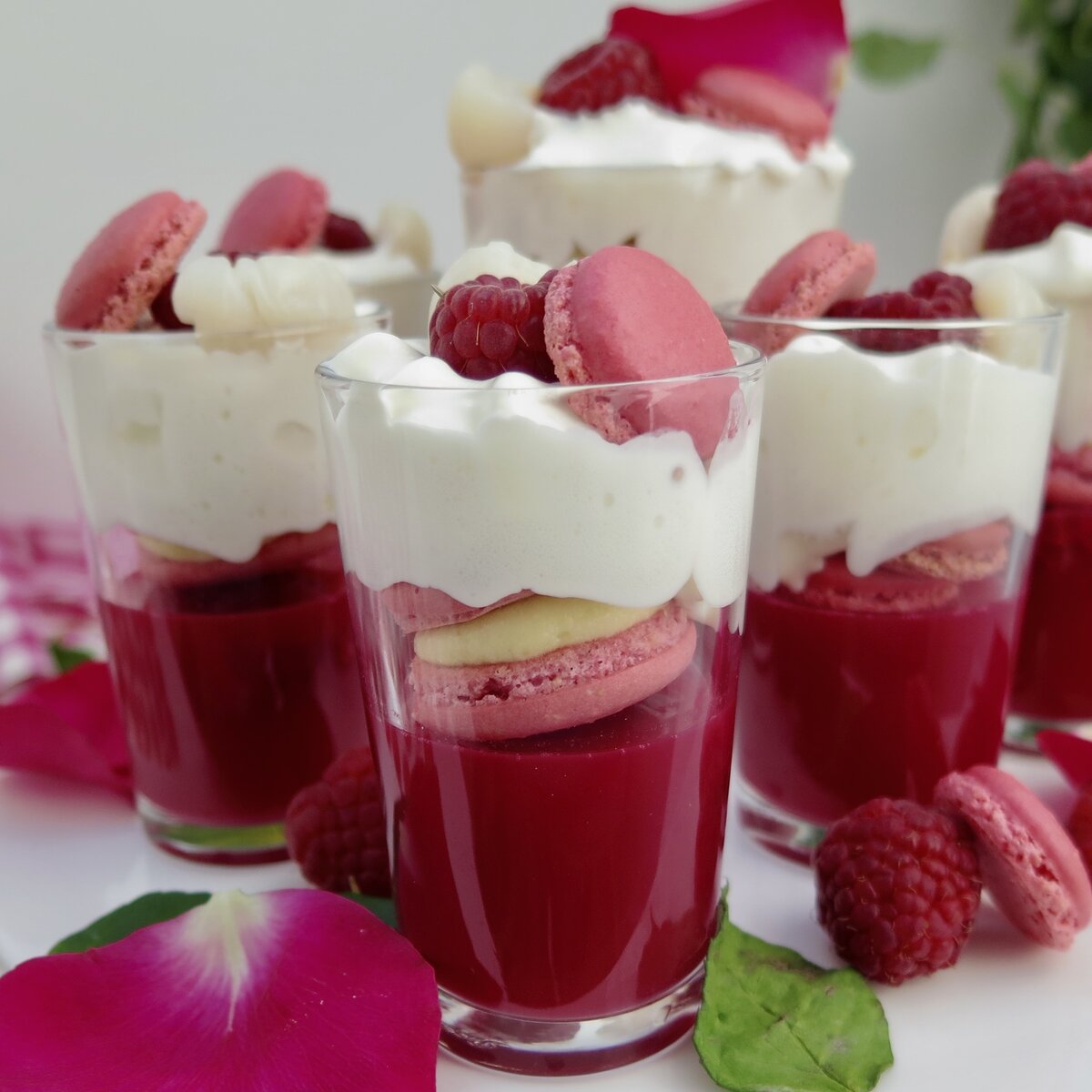 I have been itching to show you these mini macaron trifles – Ispahan style!
As I was listening to Abba, my kids caught me using my macaron spatula as a microphone. Caught! Transported back home to Scotland in the 80s – and before you could say Super Trouper – my nostalgic mind had turned to trifle.

You see, Mum always made her best and biggest celebratory trifle for end of year parties. However, with such a huge festive spread on the buffet table, we didn’t have that much room left for dessert. How frustrating, looking at its pretty pristine layers of fruity wobbly jelly, sherry sponge, custard and cream in that big, glass bowl.

Hence my urge to make individual mini versions in shot glasses.
Better known as verrines in Parisian patisseries, so called as they’re presented in small shot glasses. Incidentally, Chef Philippe Conticini was first to come up with the idea in Paris. As a result, serving them in mini shot glasses as French verrines makes the trifles perfect for afternoon tea.

I couldn’t resist using Parisian macarons to replace the classic trifle sponge layer. As macarons are gluten free, this makes the trifles gluten free too!  They fit a verrine or shot glass perfectly. Moreover, adding a handy few homemade rose macarons left in the freezer, I whipped up these mini macaron trifles in no time. The result was that French touch of Parisian “Ispahan” inspiration.

For more on afternoon tea in Paris, see my Parisian Guide to the Best Tea Rooms. 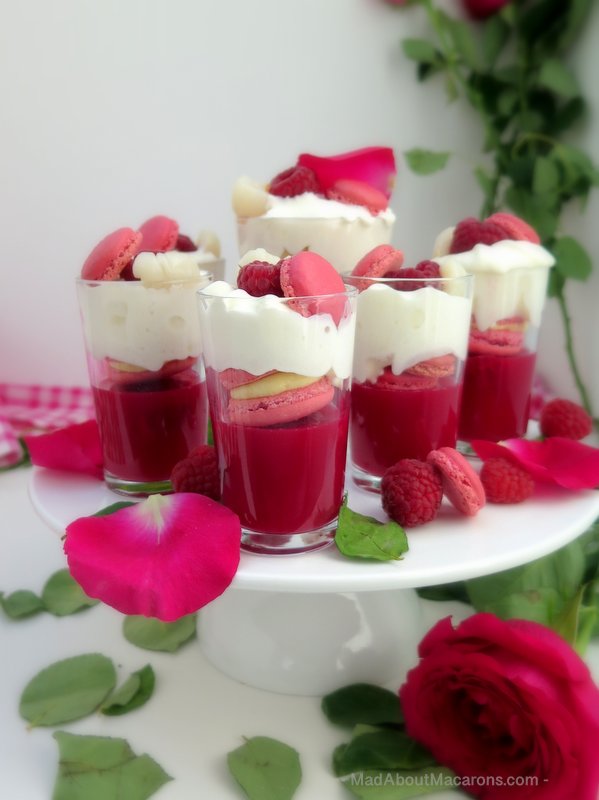 What Does Ispahan Mean?

‘Ispahan’ is a Damask rose named after the city Isfahan (French: Ispahan) in Iran where it was apparently discovered in one of the city’s beautiful gardens. The rose has been made famous in Paris by pastry chef, Pierre Hermé.

Pierre Hermé discovered rose in Bulgarian cuisine in 1985 and looked for ways to associate the flavour combinations. He’s originally from Alsace, the region famous for their French Gewürtzraminer wines with tones of rose and lychees. So you can see why he chose such a romantic combination with raspberries together with rose and lychee.

In 1987 he first created the Paradis rose and raspberry cake at Fauchon and, following its success with such flavours, created the Ispahan macaron, while at Ladurée. The Ispahan macaron is now a popular classic all around Paris and found in all sorts of varying forms. It’s a bright pink macaron, filled with rose cream, lychee and fresh raspberries.

For more, see my post on the Best Macarons in Paris. 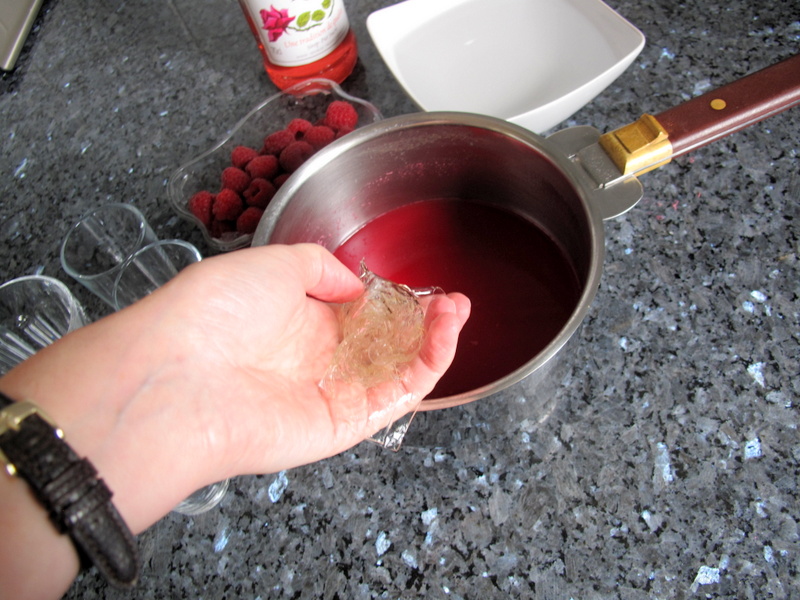 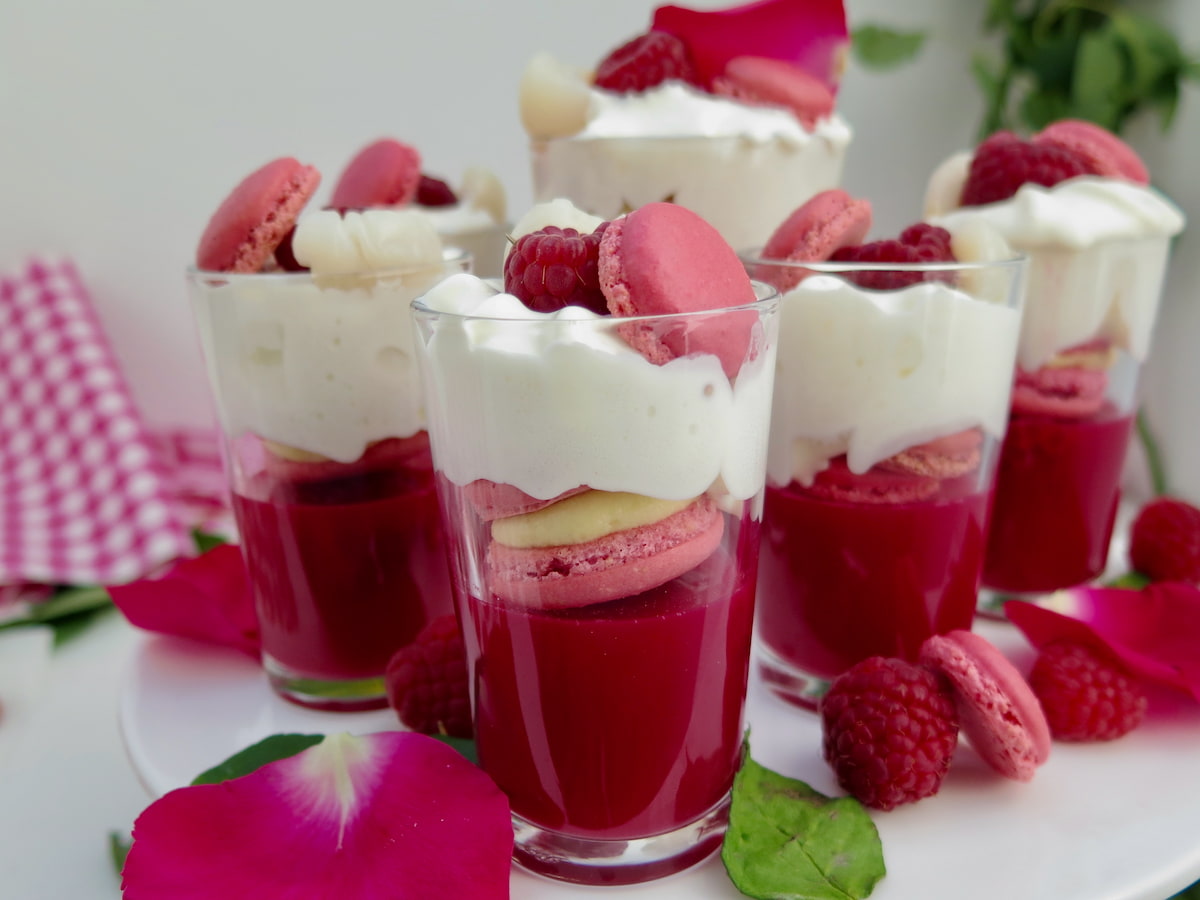 More Trifles to Serve with Macarons

For more trifles, see the following recipes. What about adding macarons to turn them into mini macaron trifles? This makes them gluten free. 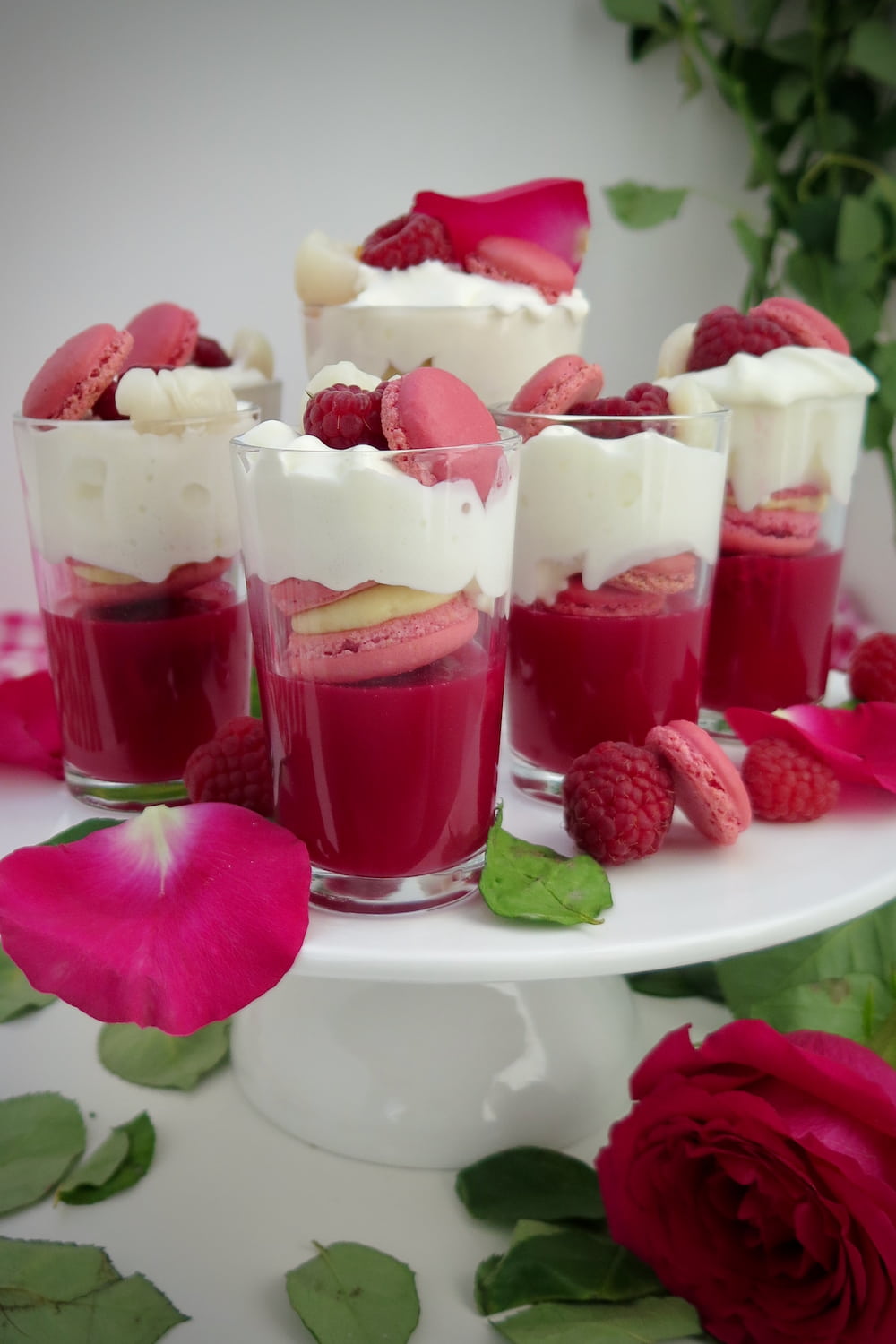 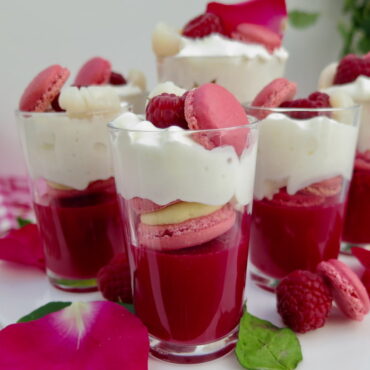 Macaron trifles with raspberry, rose and lychee, inspired by the flavour of Pierre Hermé's Ispahan macarons. A Parisian touch to British trifle, making them gluten free made with homemade raspberry jelly.

Pressed for time? Make raspberry jelly using half a packet mix and follow instructions.
Either buy rose macarons or make them yourself using the recipes in my books! Don't forget homemade macarons freeze well and are gluten free. *If you don't have rose syrup, add 2 tsp sugar & 1 tsp rose water (concentration of 3% rose essence to water - otherwise if more powerful just a couple of drops!) If serving with wine, serve with a late harvest Gewurtzraminer or pink Champagne. NUTRITIONAL INFORMATION: 230 Calories per serving (serves 8); 3g proteins; 13g lipids.
Share this recipe