A light and creamy baked Orange Cheesecake with cinnamon. Inspired by the cake decor found in Parisian pâtisseries, Mad About Macarons style!

I have been gazing at the cover of the latest Fou de Patisserie gourmet magazine. Who can fail to be totally inspired by the way French patisseries dress up cakes with beautiful toppings? I saw one light and creamy cake, topped with seasonal fruits, edible flowers and their petals.

So why not add some seasonal fruits for winter on top of this orange cheesecake? Cape gooseberries to accent the orange, plus pomegranate seeds – and topped with an edible, winter pansy. Or thinly slice the rest of the orange used for the zest in the recipe, top with fresh raspberries or sliced figs. 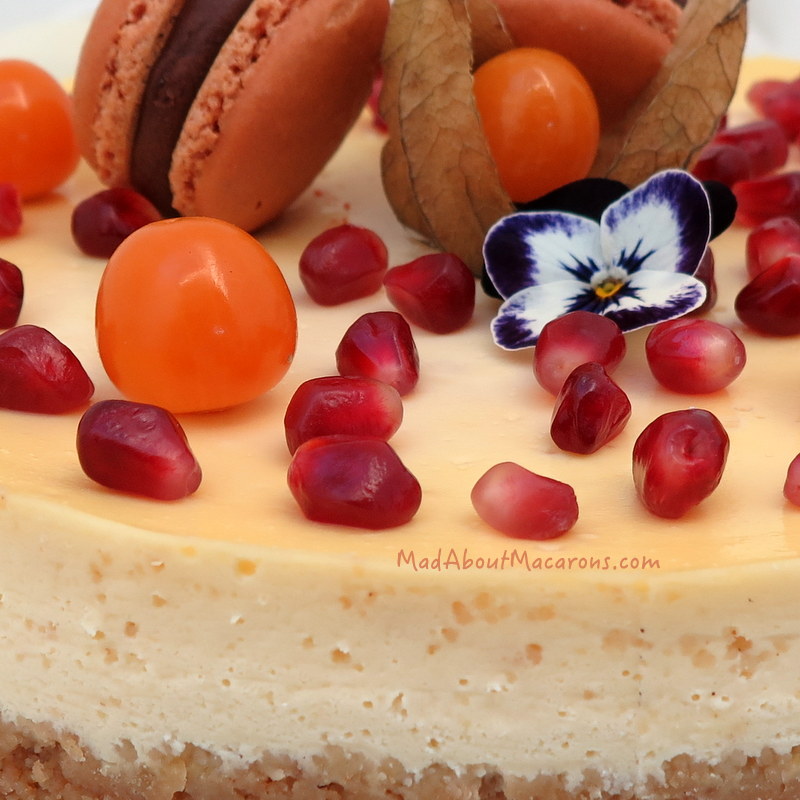 So I couldn’t resist trying one of the recipes from the French pastry chefs’ magazine and topping it also with my homemade macarons.  Et voilà: here you have an Orange Cheesecake with cinnamon. It’s light, baked and now I want to make it again.

In my RECIPES TO DO pile, has been the most sumptuous-looking cheesecake on the 7th cover edition of Fou de Pâtisserie magazine: by Chef Jean-François Piège.  He owns Thoumieux: a restaurant, a hotel and brasserie, plus one of my favourite pâtisseries in Paris, Gâteau Thoumieux – at 58 rue Saint Dominique (UPDATE: sadly, since writing this, it no longer exists, closing its doors in 2017). 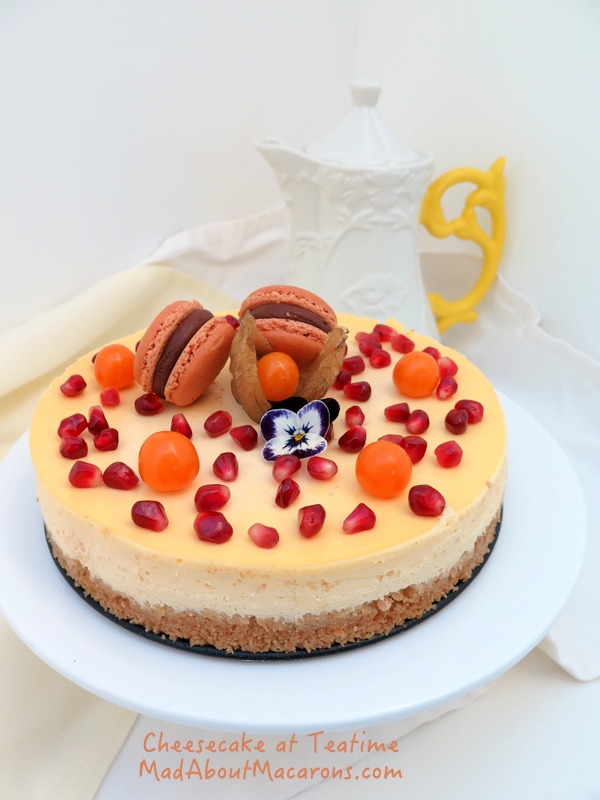 Chef Piège’s ingredients’ list was precise with 401g of cream cheese, but I should have taken note in step 2 that you only need 300g total for the base. I used all of it in the recipe which was too much for a 16cm diameter cheesecake mould.  I’d suggest reducing the base by a 1/3 and add a little more butter, just to hold it better together.

However, the extra base was excellent as a crumble topping – try it on top of this apple desserts such as this tarte tatin!  The cream cheese was divine – I added half the zest of an unwaxed orange, just to give it that extra tang.  He doesn’t mention this, but I recommend that your cream cheese filling ingredients are all at room temperature in order to mix well. 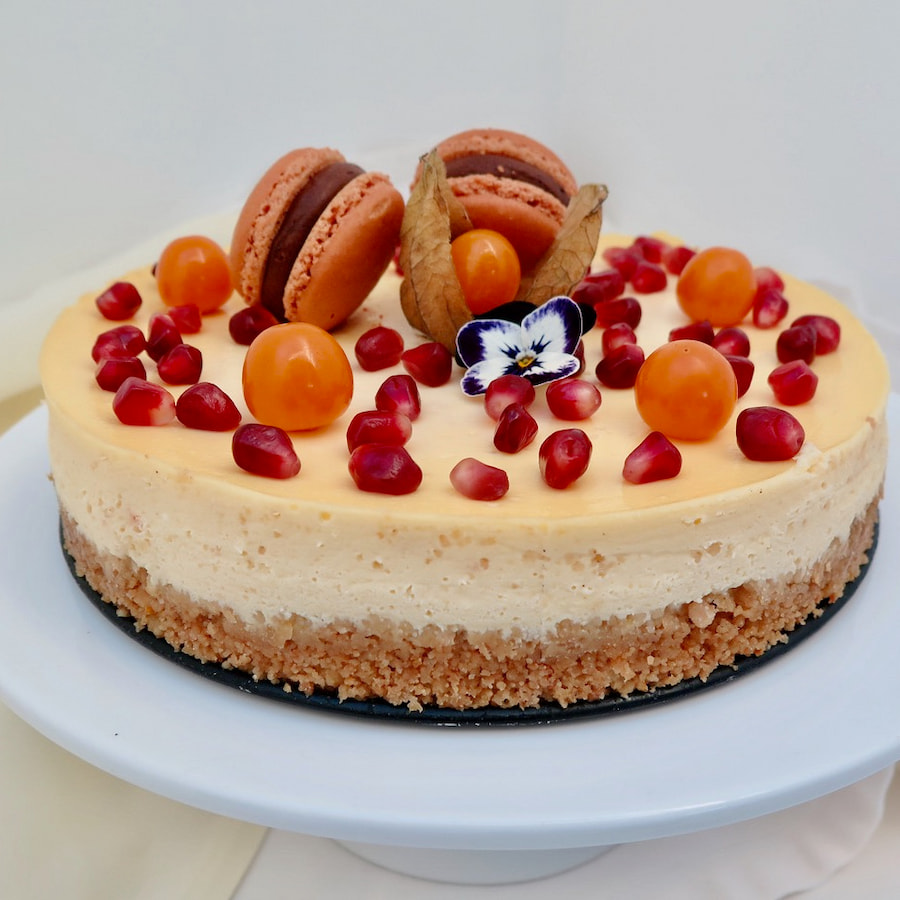 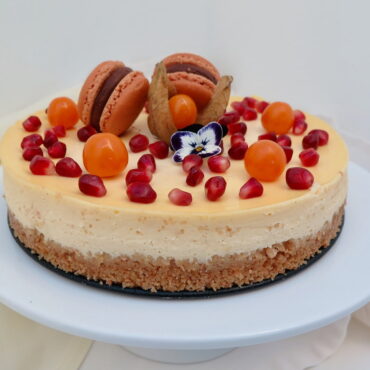 A light, baked French-style version to the American classic with orange and cinnamon and topped with macarons, cape gooseberries and pomegranate seeds for a winter treat.

Decorate with fruits of the season - such as orange slices, pomegranate seeds and edible flowers. Measures: Please note that all my recipes are best made using digital kitchen scales in precise metric grams. Both ounces (and cups) are given as an approximate guide.
Share this recipe

7 responses to “Orange Cheesecake with Cinnamon”