Rhubarb and Custard Cheesecake with Strawberries

When French meets British in a baked cheesecake. Playing with the British Rhubarb and Custard, this baked cheesecake has a French sablé breton butter biscuit base. Decorate with strawberries and rhubarb chips for someone special. 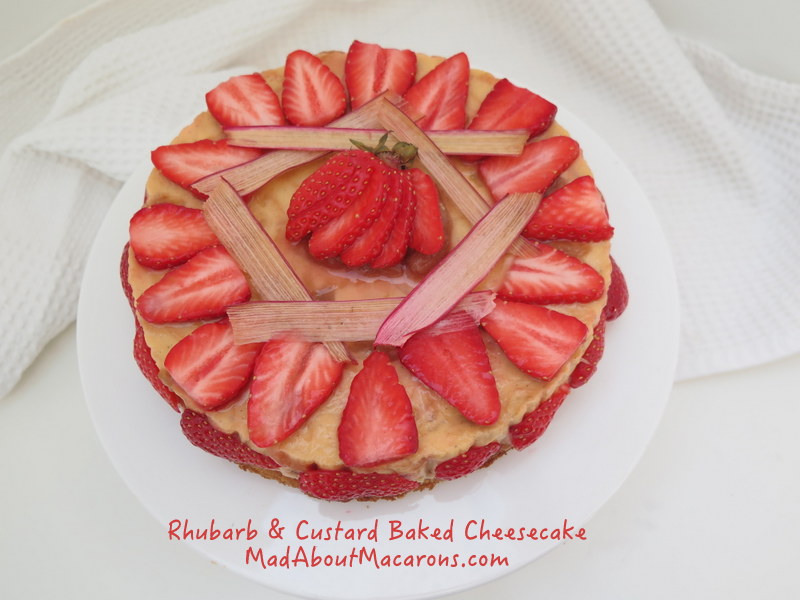 “It’s yellow!” Monsieur Antoine’s reaction took me by surprise as this cheesecake appeared from the oven.  He didn’t get it.

In Britain we grew up not just with rhubarb; it was RHUBARB AND CUSTARD! As the family loves classic cheesecakes, I wanted to experiment this time and take a more rhubarb-and-custard approach to a French-style cheesecake.

How is This Cheesecake French?

You could say this is a Franglais style cheesecake: its French side is the sablé Breton buttery biscuit base, while the rhubarb and custard (achieved with adding vanilla and a couple of egg yolks) is rather British.  Sablé Breton is the thinner version of this Palet Breton recipe – just use the same dough to make this irresistible base.

Decorate with dried rhubarb chips but if I had more time, I would have ideally added a few rhubarb and poppy macarons too from Teatime in Paris! 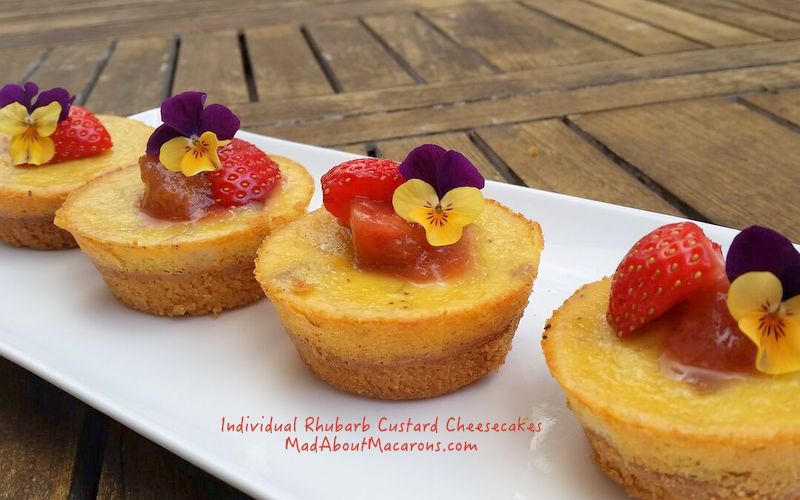 This recipe also works well to make mini, individual cheesecakes.  Just press the biscuit base into greased (or silicone) muffin moulds and bake for a shorter time (all explained in the recipe below).

Here I decorated each with edible viola flowers, a piece of strawberry and extra rhubarb & hibiscus compote. Great for a tea party! 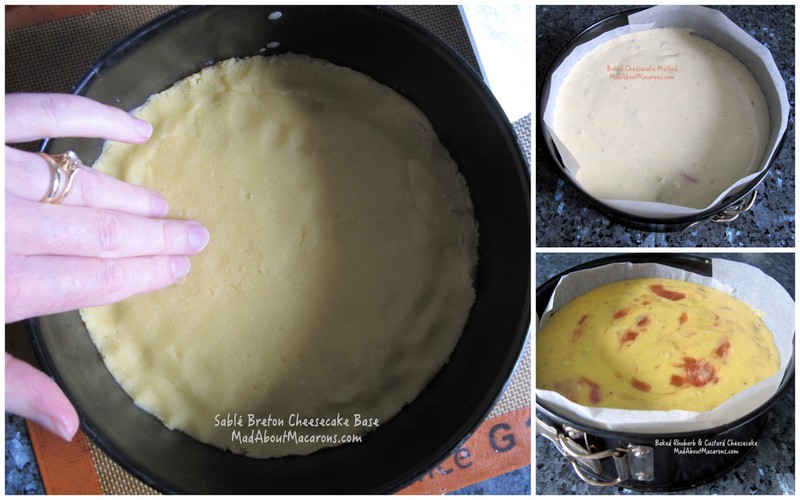 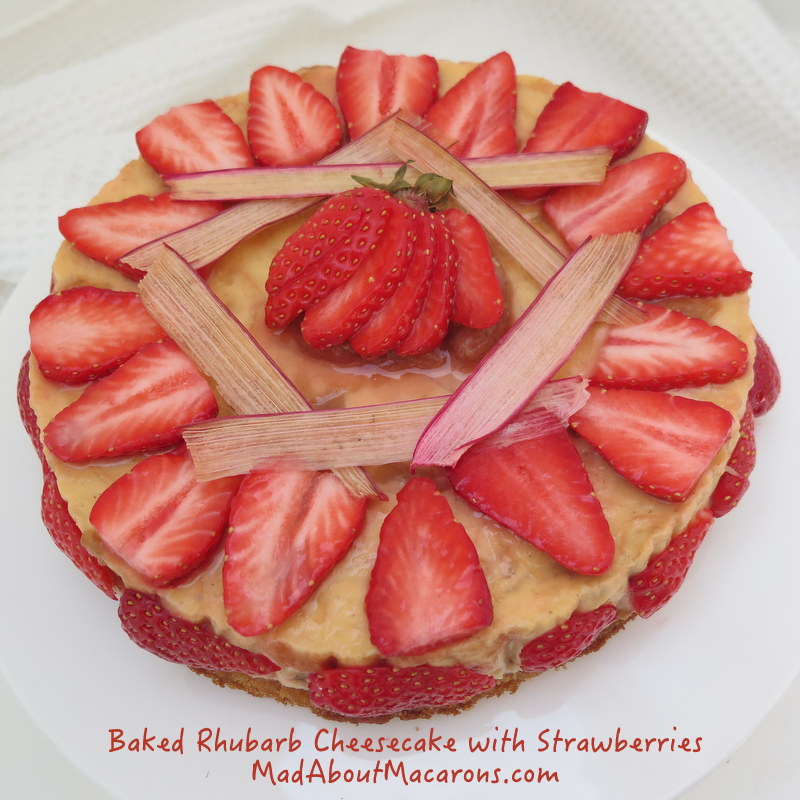 Served either chilled or at room temperature and decorate with sliced strawberries, a dollop of extra compote and dried rhubarb chips. Also delicious next day. Also ideal with the Rhubarb and Poppy Macarons if you have a copy of Teatime in Paris!
Share this recipe

You are killing me with your gorgeous rhubarb creations! Beautiful!!!

Thanks Carol. I hear you on mandolines now that I’ve shredded a bit of my finger but not on this one. Now I use the safety handle 😉 You don’t need to open an oyster for this one so stay cool.

Gawd it looks gorgeous !!!
If only I did not have serious fear-of-madolines..
First I have to learn to open an oyster….

Some mac inspiration for pink October’s breast cancer awareness. Please don’t forget to get yourself checked – or remind your loved ones.