Apple Oat Crumble made like the French with extra butter but topped with Scottish porridge oats and served on its own. OK, you may just want to top with Chantilly cream or Crème Anglaise but the Parisians like it plain. 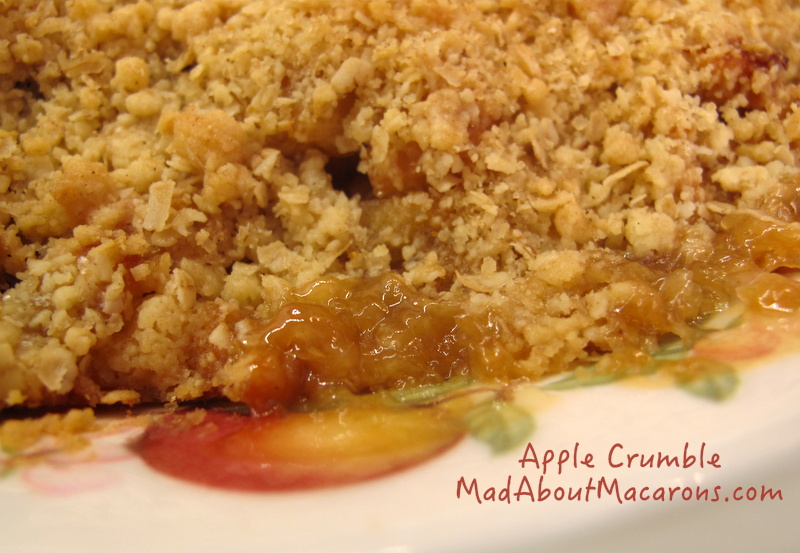 Who would have thought that the good old Apple Crumble would be so popular in Paris these days? The best of our humble British warm puddings has been popping up on French blackboards for winter specials of the day for either dessert – or even teatime.

What’s more, the French manage to make it sound so romantic, so wonderfully French with the soft roll of the tongue around “Crum-beulle” or Crum-belle. Beautiful, isn’t it?

What? Apple Oat Crumble Served on its own?

Unlike how we serve it back home in Scotland with good, homemade vanilla custard, the French don’t even serve it with their runnier version called Crème Anglaise. Instead it’s either served with a scoop (boule) of ice cream, some whipped Chantilly cream, or mostly just comme ça – entirely on its own.

What? Mon Dieu. No custard? Served on its own?

“With enough butter, anything is good.”  Julia Child 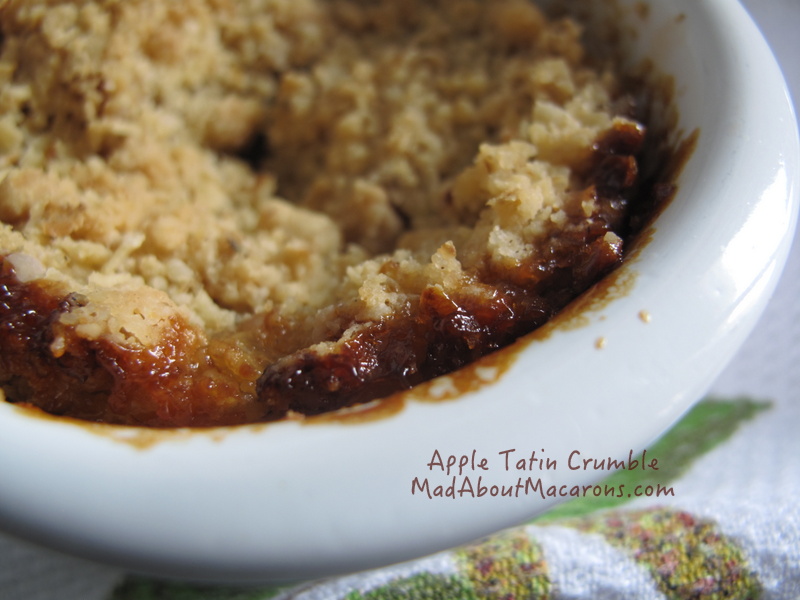 Julia wasn’t the only chef to notice just how much the French love their butter; that’s the secret to their crumbles eaten sec without any toppings.

If you do have access to gooseberries or blackberries/brambles (fresh or frozen) then combine them with the apples. Individual crumbles are also perfect for teatime.  Here, I baked them for the same amount of time as the family size, and it was so caramelised, you could call it a Crumble Tatin!

For that touch of Scotland, to keep up the Old Alliance with the French and the Scots, I love just a touch of oats to the crumble – almost like a Scottish Frushie, an old Scots word for crumble. And just about forgot to mention that the Apple Oat Crumble topping freezes so well.  Make double quantity and freeze the rest (unbaked) for an extra speedy weekday dessert! 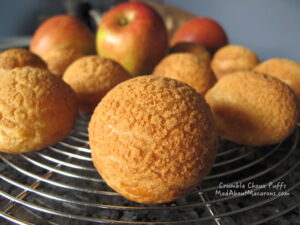 Now and again, I’ll be introducing you to some of the recipes in Teatime in Paris, showing you more ideas how you can serve the treats in the book – and now there’s a new Pinterest Board, “Baking with Teatime in Paris” to accompany it.

Trust the French to come up with a light film of crumble that sticks so wonderfully to a puff of choux pastry, known as craquelin. The full recipe and step-by-step instructions are in Teatime in Paris, but the other day I filled the puffs with the filling from this apple crumble. 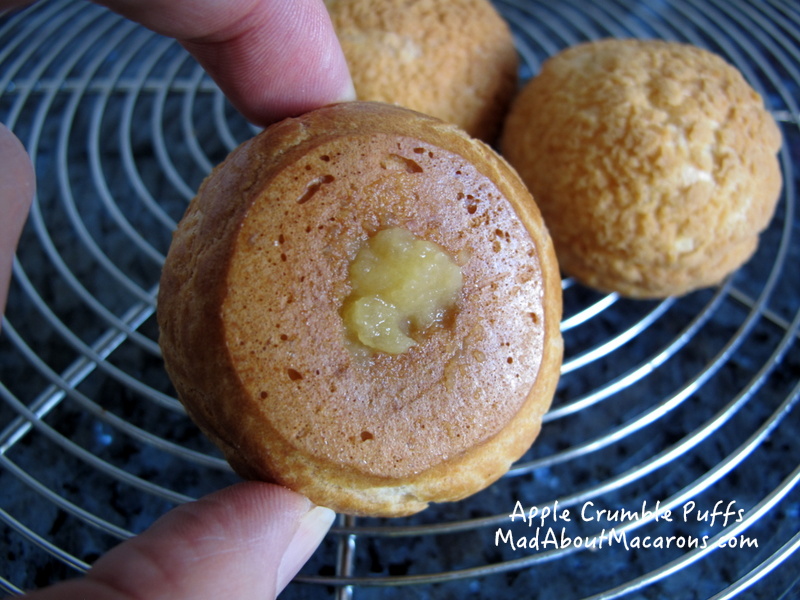 I simply blitzed it in the mixer to turn it into a rather special compôte.  As it’s extra light, I would urge you to serve a small dollop on top of Calvados cream or a simple scoosh of Chantilly cream – and why not decorate the plate with a spooned flash of salted caramel sauce (caramel au beurre salé) and top with an edible flower? 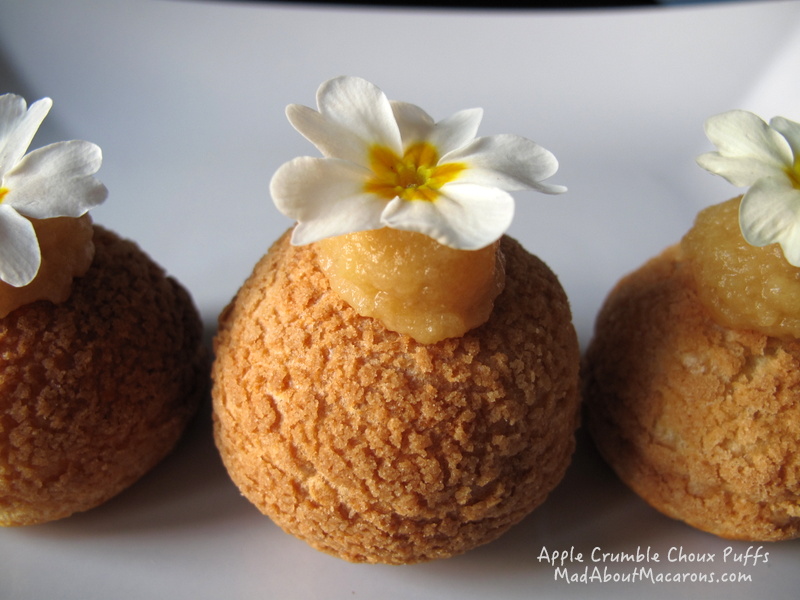 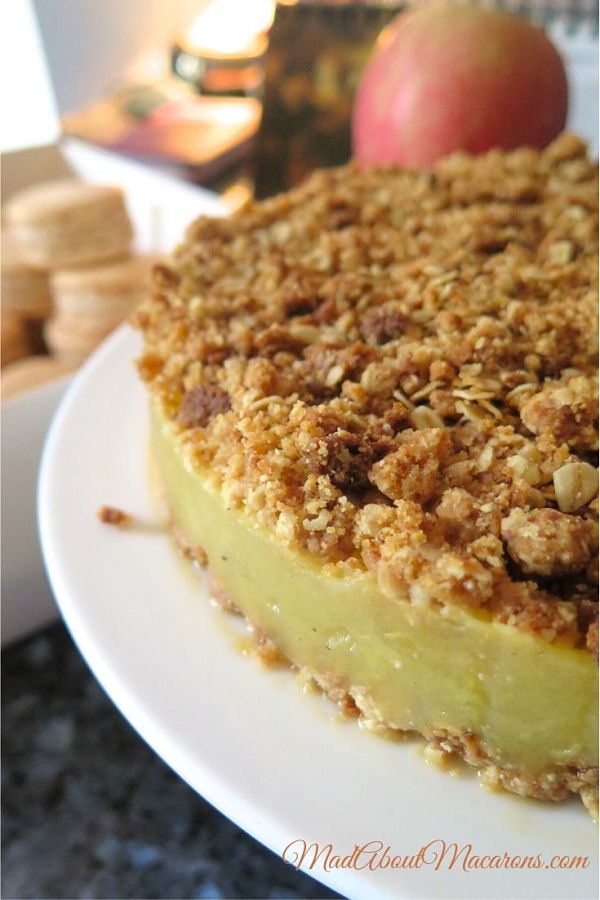 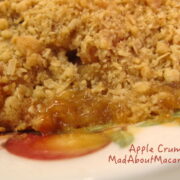 Apple Oat Crumble made like the French with extra butter but topped with Scottish porridge oats and served on its own.

Serve on its own, with vanilla ice cream, custard, or for the adults, with a Calvados/Drambuie ice cream. Also delicious with a layer of mincemeat.
Share this recipe