A quick vegetarian no-suet mincemeat recipe with a much shorter mature time compared with traditional mincemeat. It also makes a fabulous filling for gluten free mince pie macarons – without the pie. 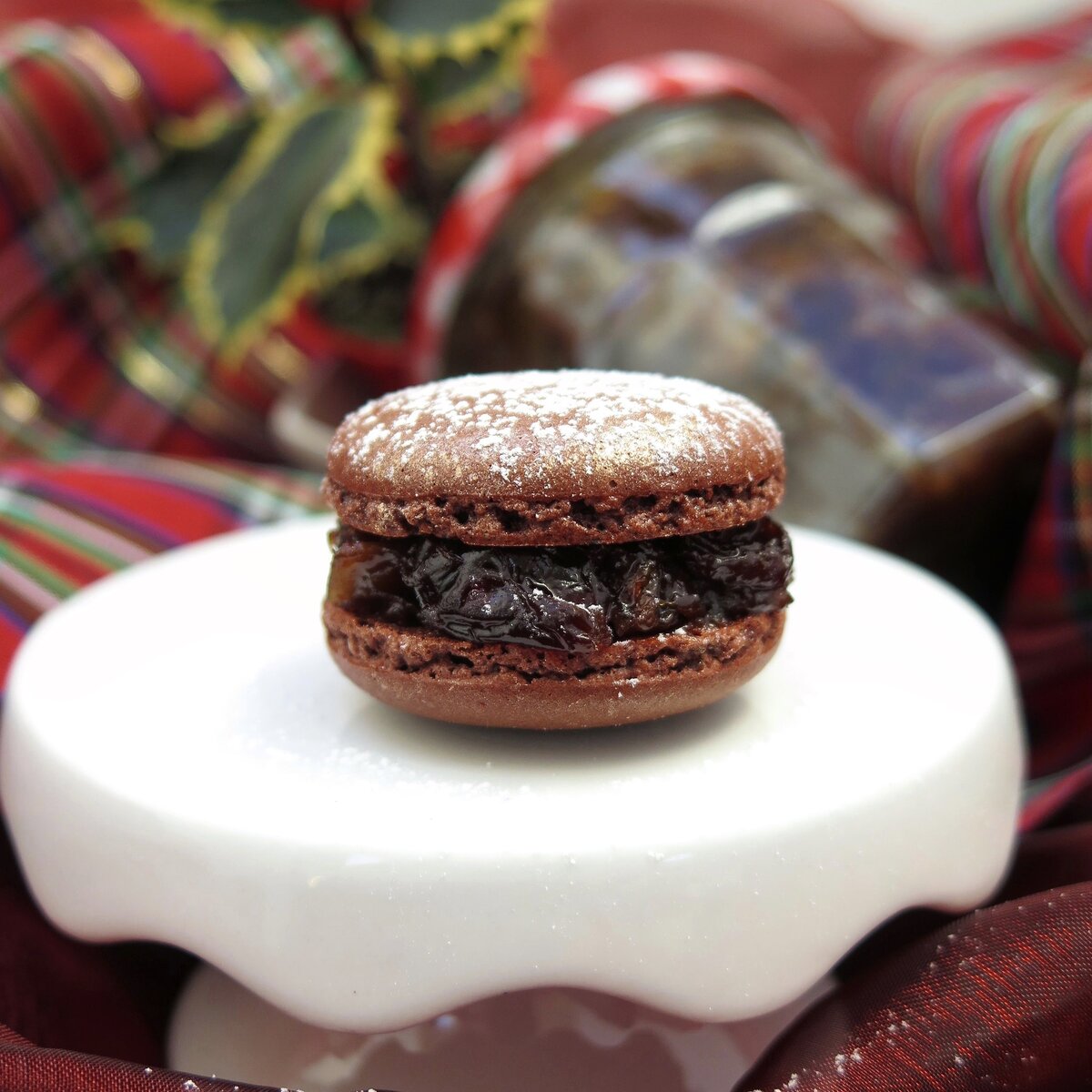 As Stir-up Sunday falls upon us at the end of November, it’s a time to start thinking about being festive in the kitchen.  Seeing prompts on social media reminded me.

So what is Stir-up Sunday? Stir-up Sunday takes place the last Sunday before Advent. Traditionally, it’s the day that good British home cooks get stirring the Christmas pudding and top it up with more Brandy. The whole family gets to stir it around, making a wish while doing so.

At home in France, however, Antoine isn’t a fan of Christmas pudding – although sticky toffee pudding with apple is, however, a great hit.

So, instead, I get around this catastrophe of keeping a little bit of my Britishness by stirring up some homemade mincemeat and finding ways to French it up a bit. 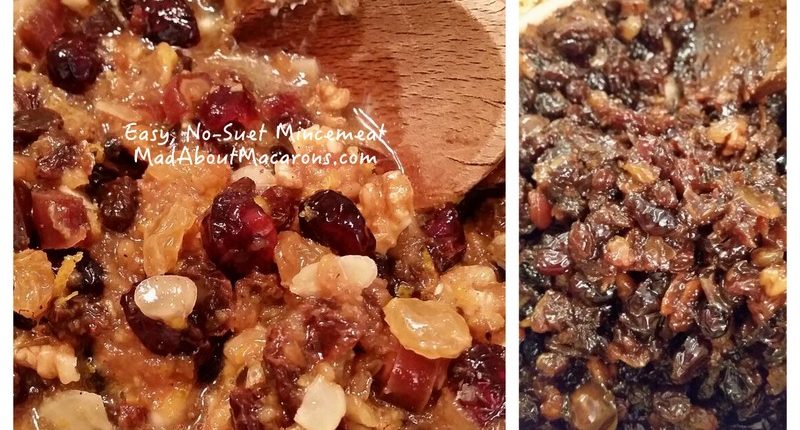 Whilst Christmas pudding needs time to mature before Christmas, the bonus is that this mincemeat doesn’t need as long to mature. It only requires a few days and can keep for up to a year – although I haven’t even tried it as it disappears pretty quickly! Moreover, as traditional mincemeat uses beef suet, I prefer making this vegetarian version, using butter instead.

So it has all the traditional ingredients of mincemeat without the suet.

My daughters are absolutely nuts about mincemeat and mince pies – especially when homemade with this mincemeat.  So we can make pies with more filling rather than more pie dough, so they are lighter than store-bought mince pies. It’s also great for filling these deliciously quick and easy Mincemeat Pinwheels. 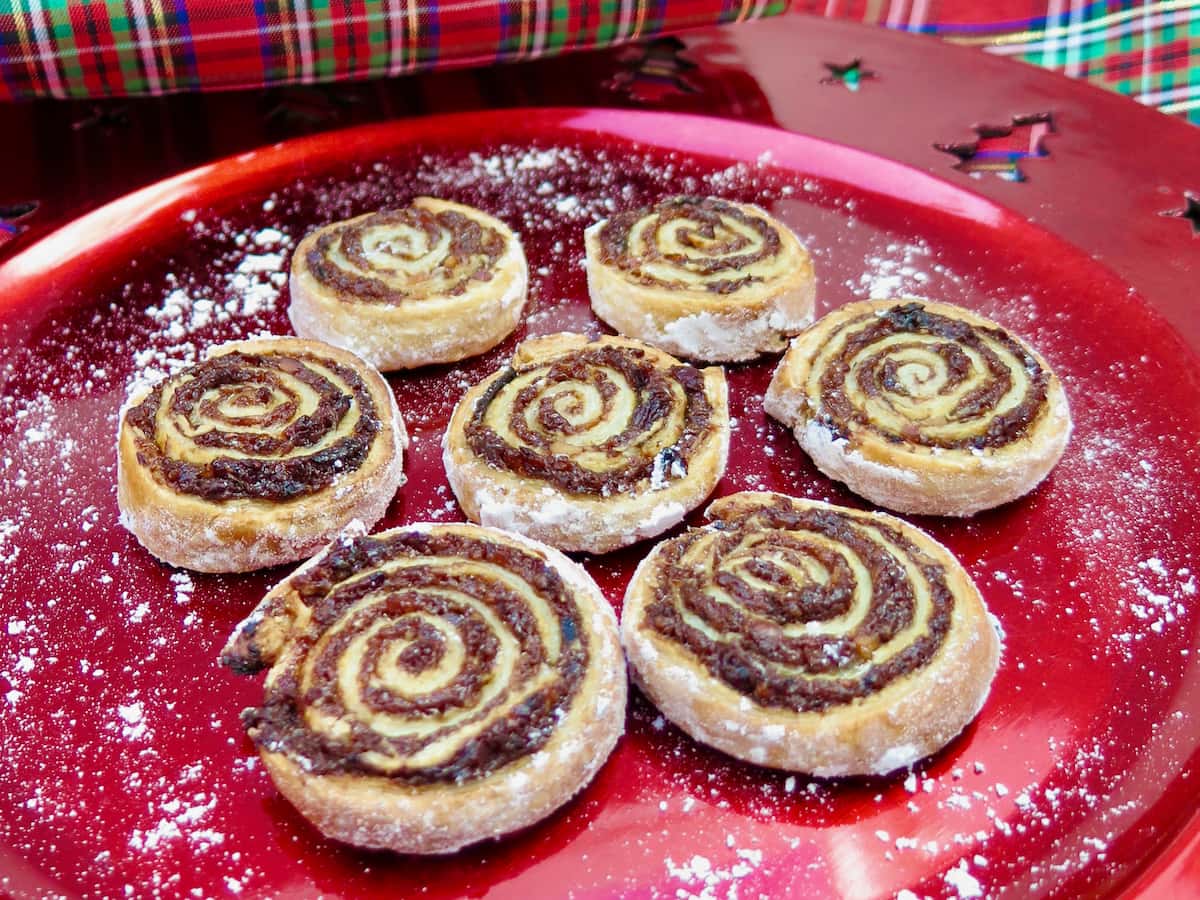 Now that we have homemade British-style mincemeat, it’s time to French them up a bit. Consequently, we said Bonjour to mincemeat macarons!

Make a batch of dark coloured macarons (adding 1/4 teaspoon of cinnamon in the shells) and fill them with this vegetarian mincemeat. Recipes for macarons are in my books: Mad About Macarons!

If you close your eyes, you’ll discover the taste is just like a mince pie without the pastry. 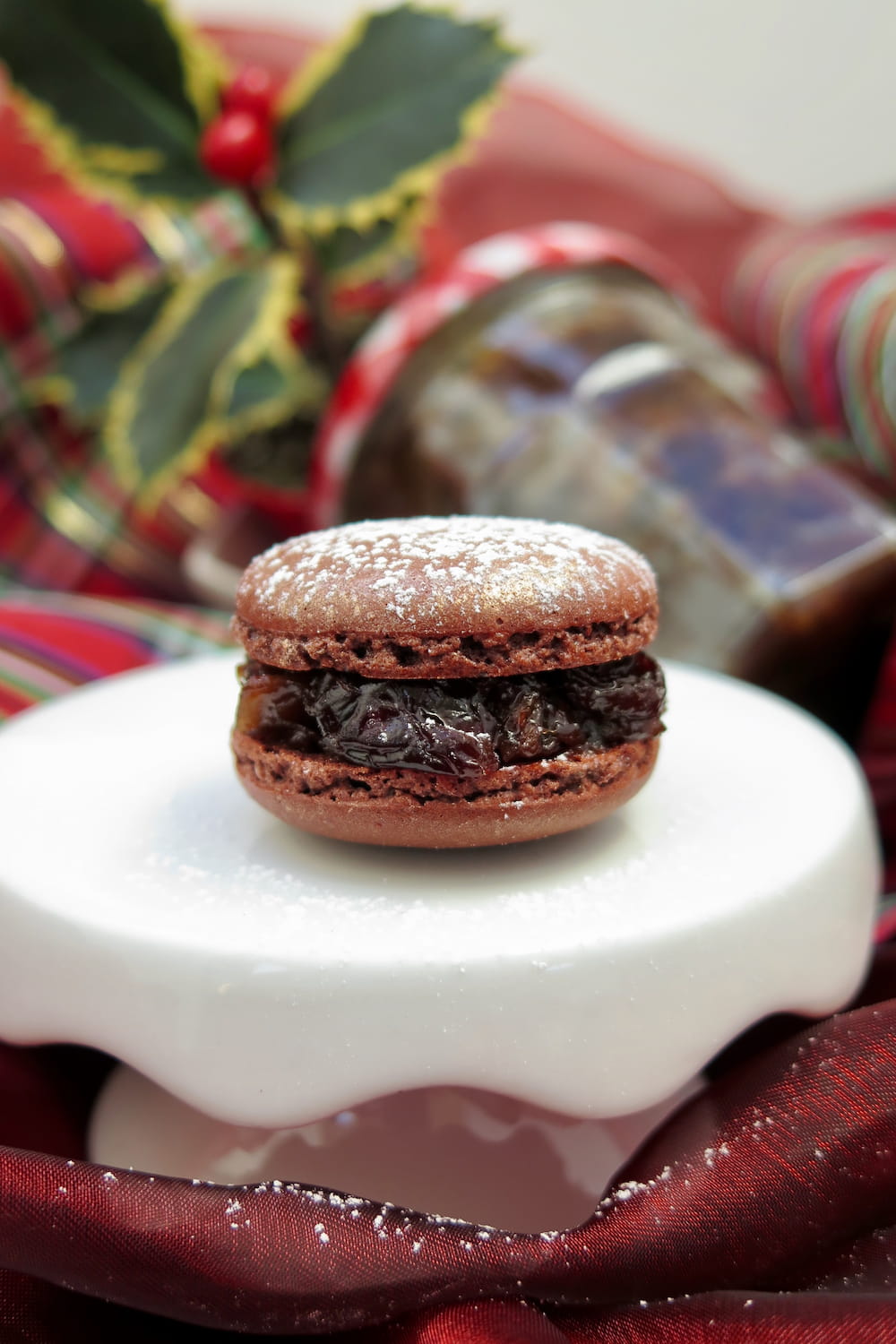 When you follow the mincemeat macaron filling recipe below, there are two versions:

As this uses butter instead of suet, this is suitable for vegetarians and, like all macaron recipes in my books, are gluten free. 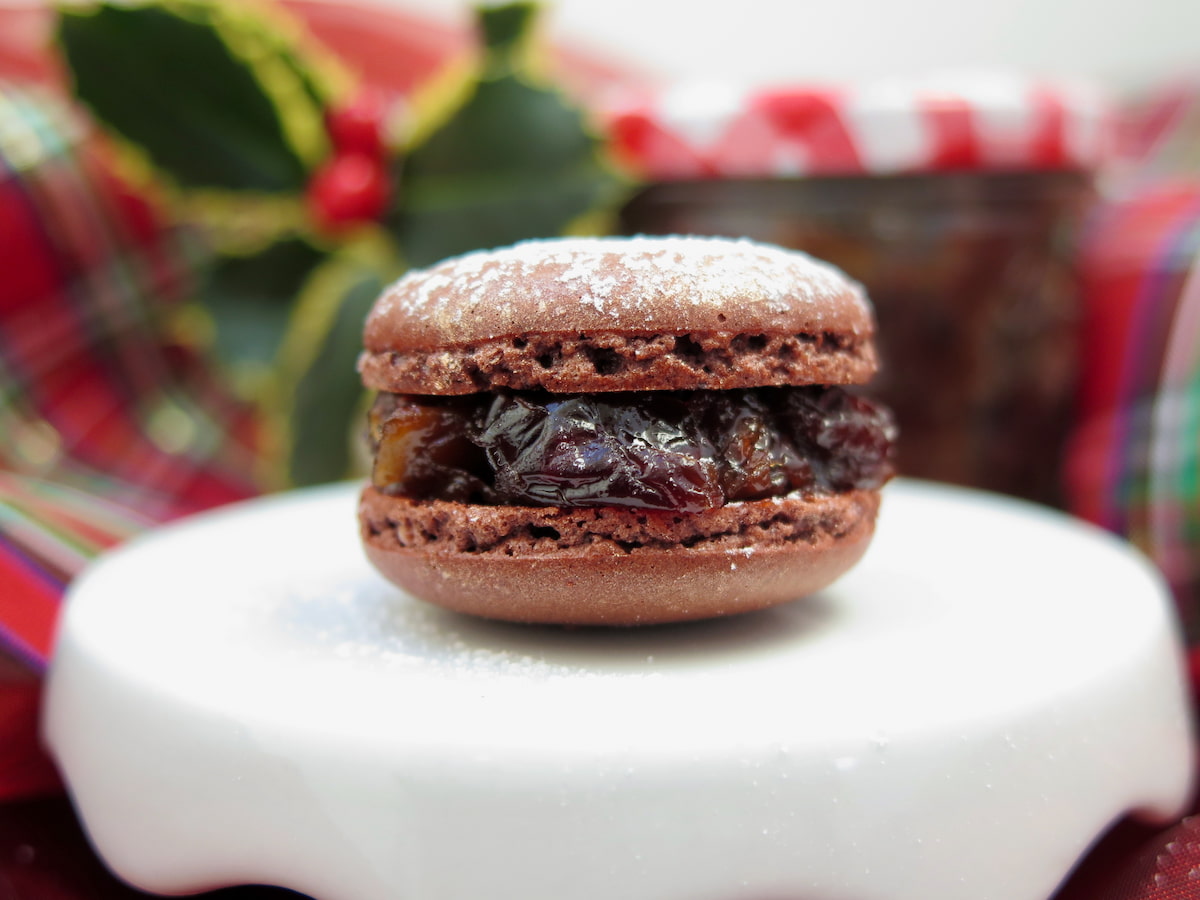 What Can I Make with No-Suet Mincemeat?

Plus, it goes without saying – you don’t need to just fill macarons with this.

It’s great for making your own mince pies or for spooning over creamy rice pudding for something festive.
Or top on Palets Bretons (French butter biscuits from Brittany) for a French style mince pie. 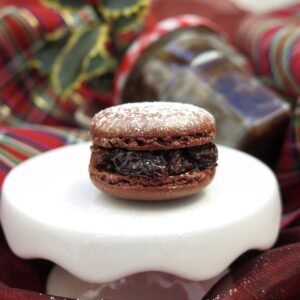 Once cooled and in jars, the butter will appear but that’s normal. When used in mince pies or other dessert recipes, this will disappear. Storage: As long as this mincemeat is kept in sealed, sterilised jars, it can keep for a year in a cool, dry place. Once opened, keep refrigerated. Measures: Please note that all my recipes are best made using digital kitchen scales in precise metric grams. Both ounces (and cups) are given as an approximate guide.

This post was originally published December 1st 2016 but is now republished to include new images and updated text.