Known as Le Saint-Germain, the French almond cake was invented in 1920 in Saint-Germain-en-Laye, near Paris. It’s also deliciously dosed with rum and topped with boozy icing.

Although the genuine recipe is a local secret by the creators at Patisserie Hardy, I have developed my own recipe for those of you who need a taste of Paris. Although usually with a tart base, it is also made without – making a moist, gluten free almond cake. 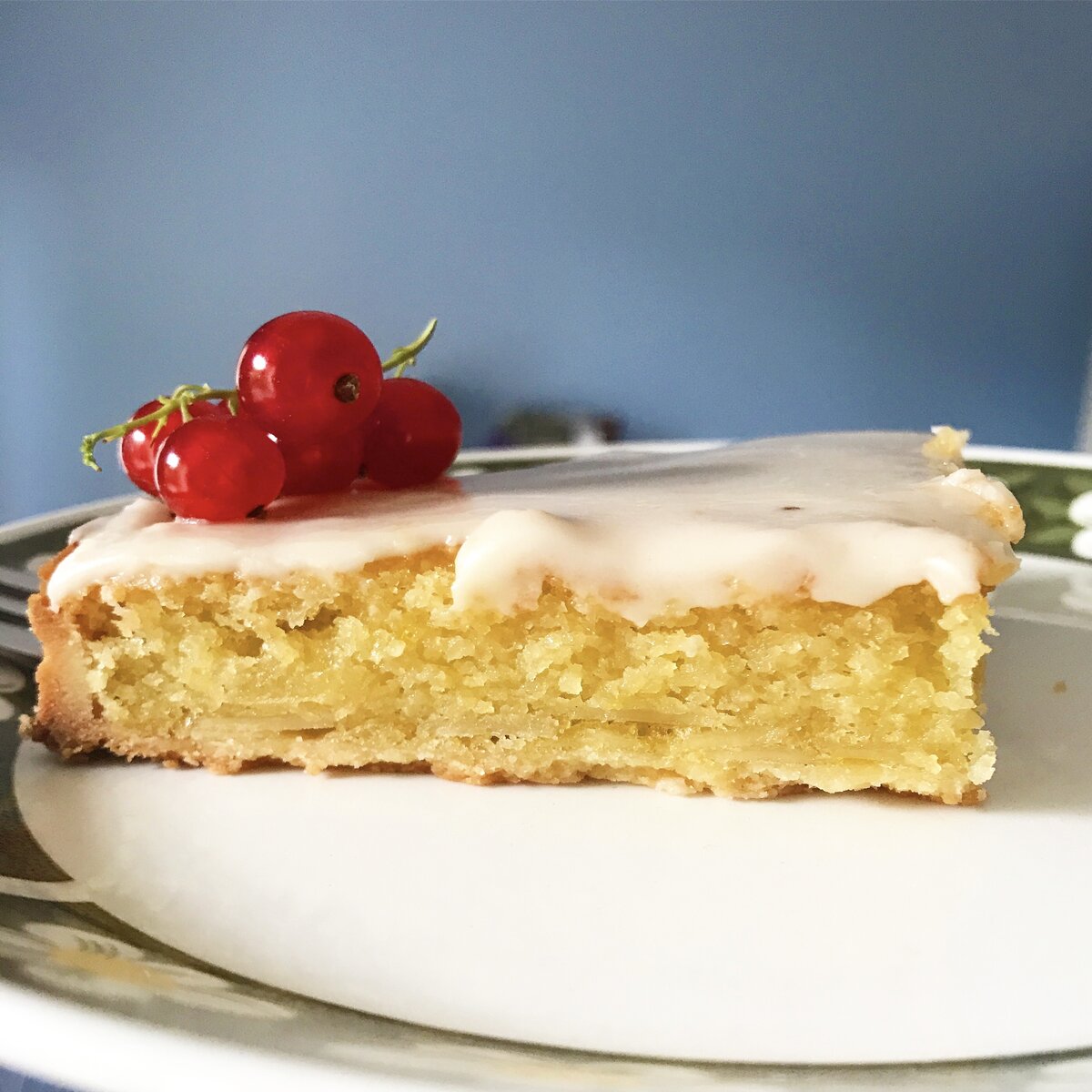 Known simply as le Saint-Germain, this almond-packed cake with a subtle hint of rum was created in 1920 by the Pâtisserie Hardy in Saint-Germain-en-Laye, between Paris and Versailles. 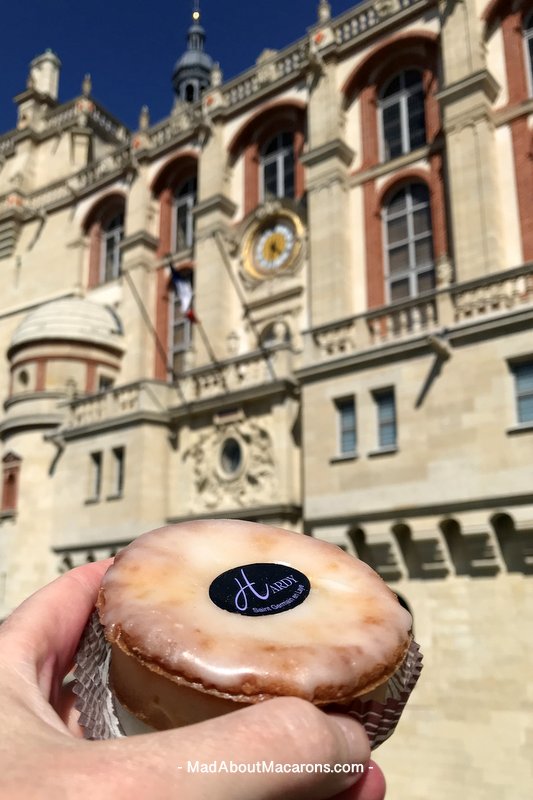 As you can imagine, I’ve tried all sorts of ways to be able to extract the recipe from the patisserie’s creators on rue des Louviers. Each time, however, they make it clear that the secret recipe has never left the laboratory since it was created in 1920.  So, what’s a girl to do?

The answer? Taste as many Saint-Germain cakes as possible and develop as close to the recipe myself to share a part of our delicious royal town. That way you can taste what it’s like if you can’t get to Saint-Germain-en-Laye, just outside Paris. 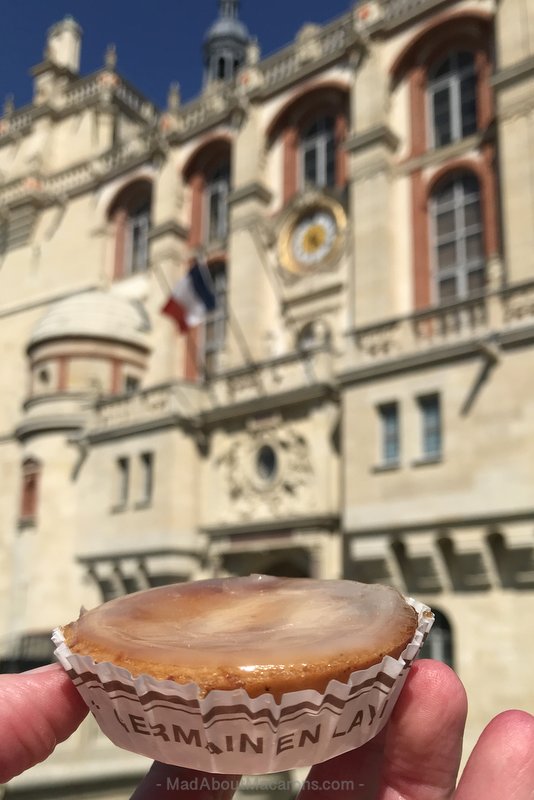 In Saint-Germain-en-Laye, Le Saint-Germain almond cake is available also at the Patisserie Grandin in rue au Pain. While both versions are full of almonds and clearly have some bits of almonds in there too (not just powdered), Grandin’s version is laced a lot more with rum. In fact, it’s pretty boozy!
See much more on this cake and the sweet specialities in my online Saint-Germain-en-Laye Chocolate & Pastry Tour.

Not everyone loves rum but if you’re like our family, we love it and a good splash in the icing is great. Add another tablespoon in the almond filling just for that extra oh-là-là kick. 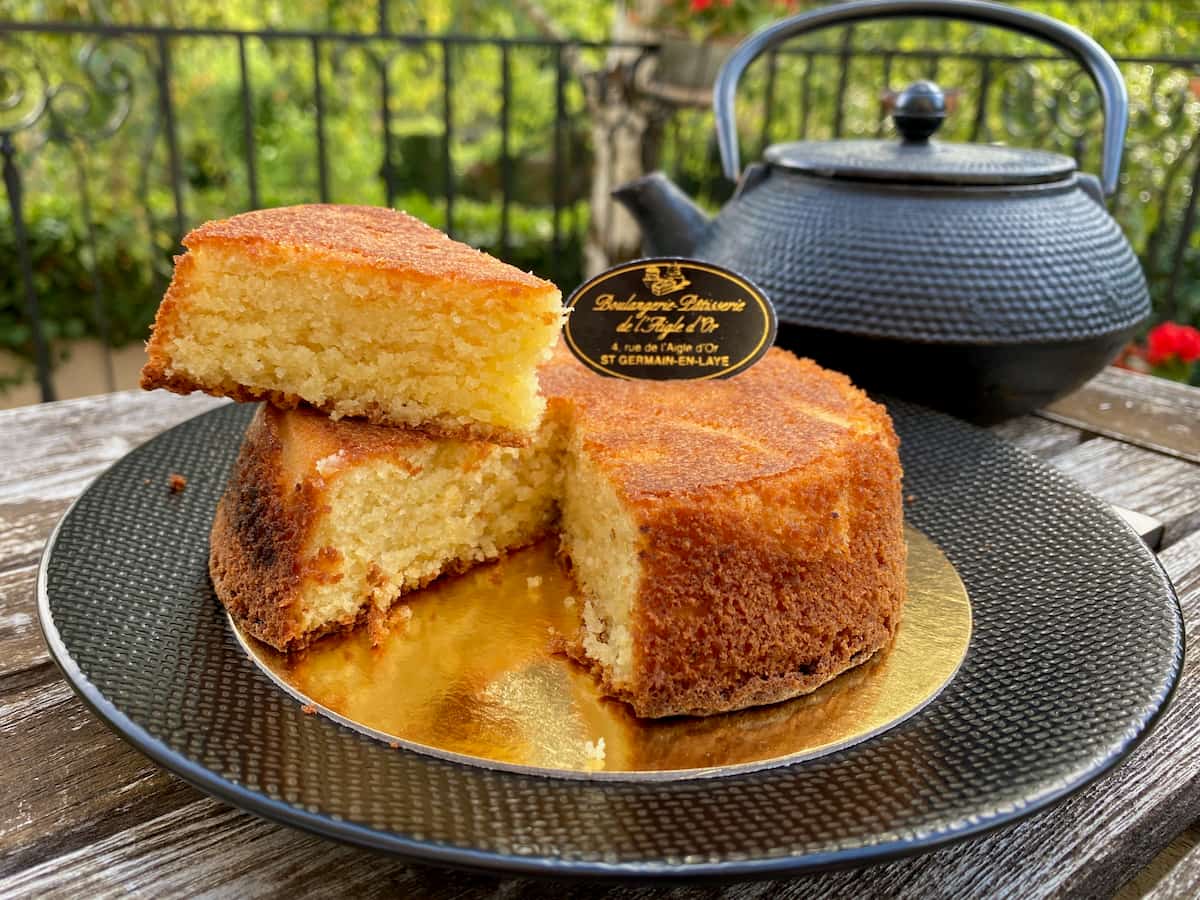 When I first tasted le Saint-Germain made by my French friend, Liliane, she didn’t serve the cake at all using sweet pastry like the patisserie versions. It was without the the tart shell and served as a plain with a glaze.

Then I discovered the magnificent version of Le Saint-Germain made by the Boulangerie-Patisserie l’Aigle d’Or. Theirs is a complete gluten free French almond cake, made without any tart shell base and without the glaze.  If you make the recipe below and prefer to keep it gluten free, I suggest adding another egg to the cake to lighten it up to resemble this version. Just like macarons, this cake tastes better when matured. So once you’ve made this try and forget about it for 24 hours, as it tastes even better after leaving it aside for a day to mature. It’s really worth the wait.  Try it for yourself and taste the difference.

After painstaking tasting sessions of developing the recipe with my daughter, Lucie, however, I’m happy with the result as it tastes just as good.

To help plan your next trip when in Paris, or simply enjoy some armchair travel around France, see my gourmet travel posts:

Also find out other speciality recipes that were created here, including the Sauce Béarnaise. 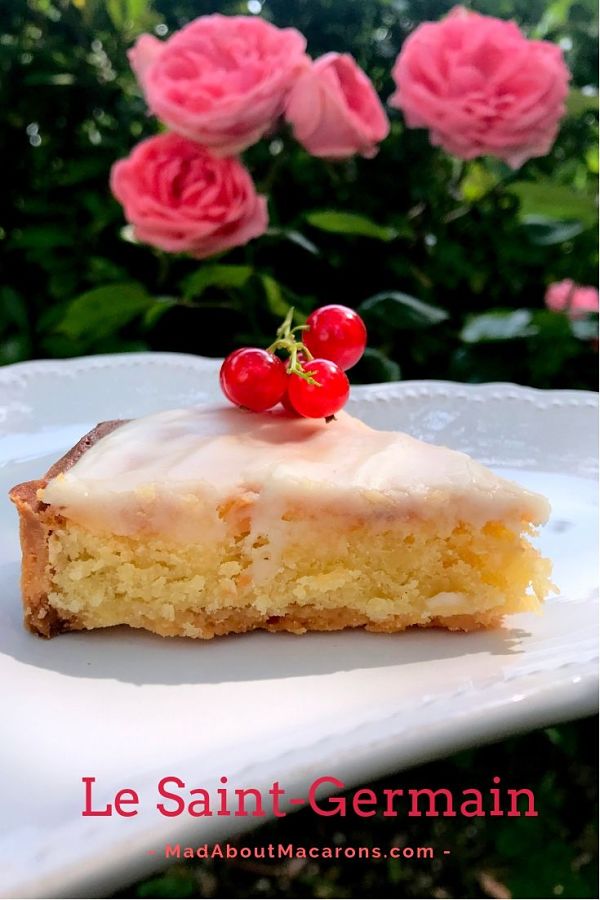 Inspired by a Moelleux au Marron by chef Claire Demon’s Du Pain et des Gâteaux in Rue du Bac, this extra chestnut filling with the almond is an extra treat! Spread a layer of chestnut and vanilla paste at the bottom of the tart base (about 3 tablespoons) and top with the rest of the almond filling.  This is excellent served during the festive season! On top of the rum glaze, decorate with one or two marrons glacés (candied chestnuts).

Love chestnuts? Discover all about them and more recipes from the Chestnut page from our local French market. 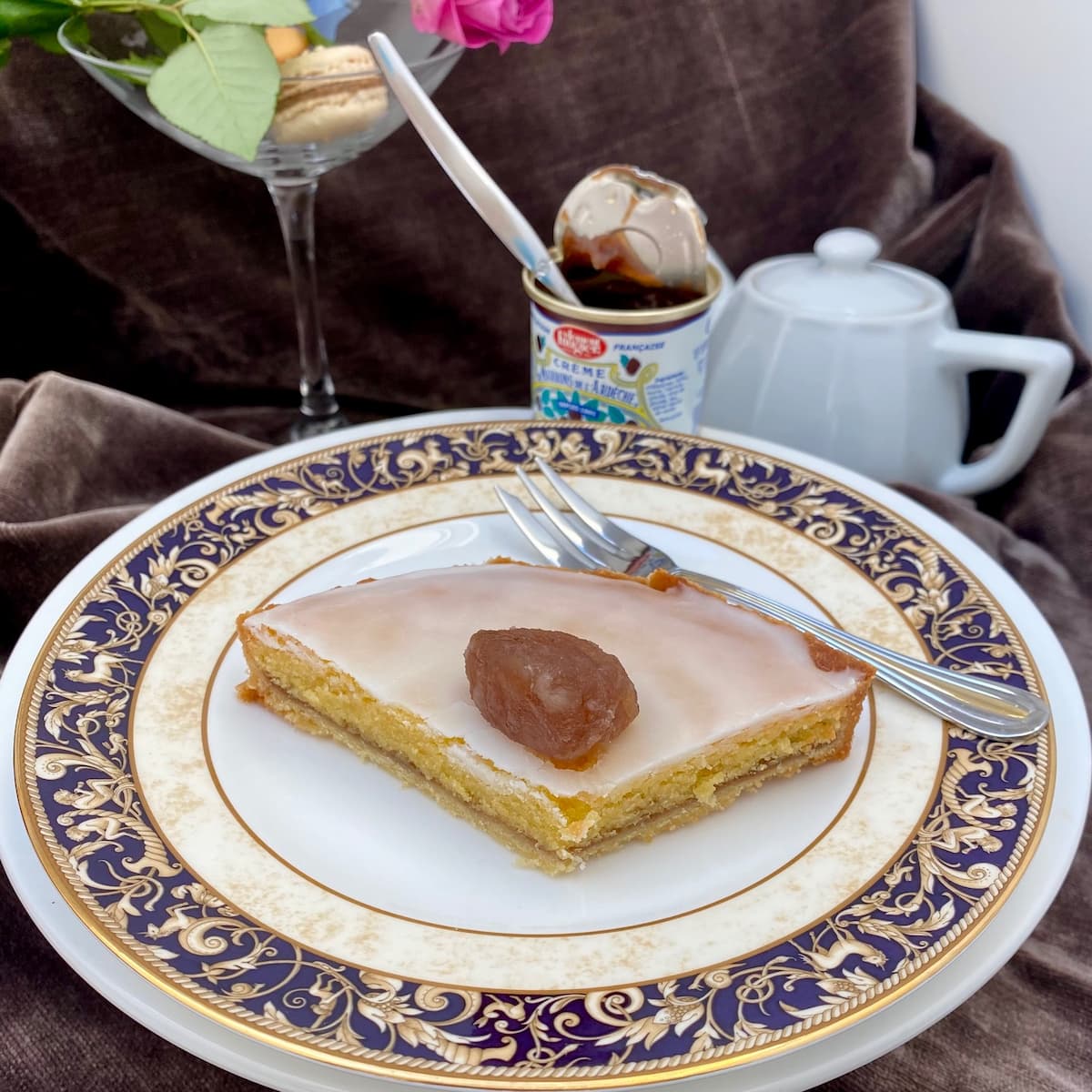 Looking for the name of the famous small French almond cakes? They’re called Financiers, our little almond teacakes (like friands) – get the Financier cake recipe, an extract from my book, Teatime in Paris. 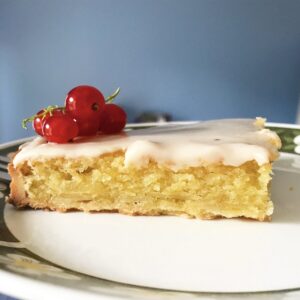 Known as Le Saint-Germain, this almond cake with rum was invented by the Patisserie Hardy in 1920, Saint-Germain-en-Laye, near Paris. As the genuine recipe is a local secret, I have created something similar to recreate this at home. Either prepared with or without the tart base.

Set aside in the fridge for 24 hours to mature and serve at room temperature to appreciate all of the flavours.  Although you can serve this on the day, waiting until the next day is really worth the wait. Like macarons, the flavours intensify and the result is so much better after maturing the cake. Note: Sometimes this cake is made without the tart base, making it gluten free.  If making this without the sweet pastry base, add another egg to the almond filling. Nutritional Information: 240 Calories per serving; 6g protein.
Share this recipe