A classic French dessert of candied fruits in a custardy based no-churn ice cream, served with a light apricot coulis or sauce. Named after the signing of the Treaty of Plombières in 1858 between Napoleon III and Count Cavour. 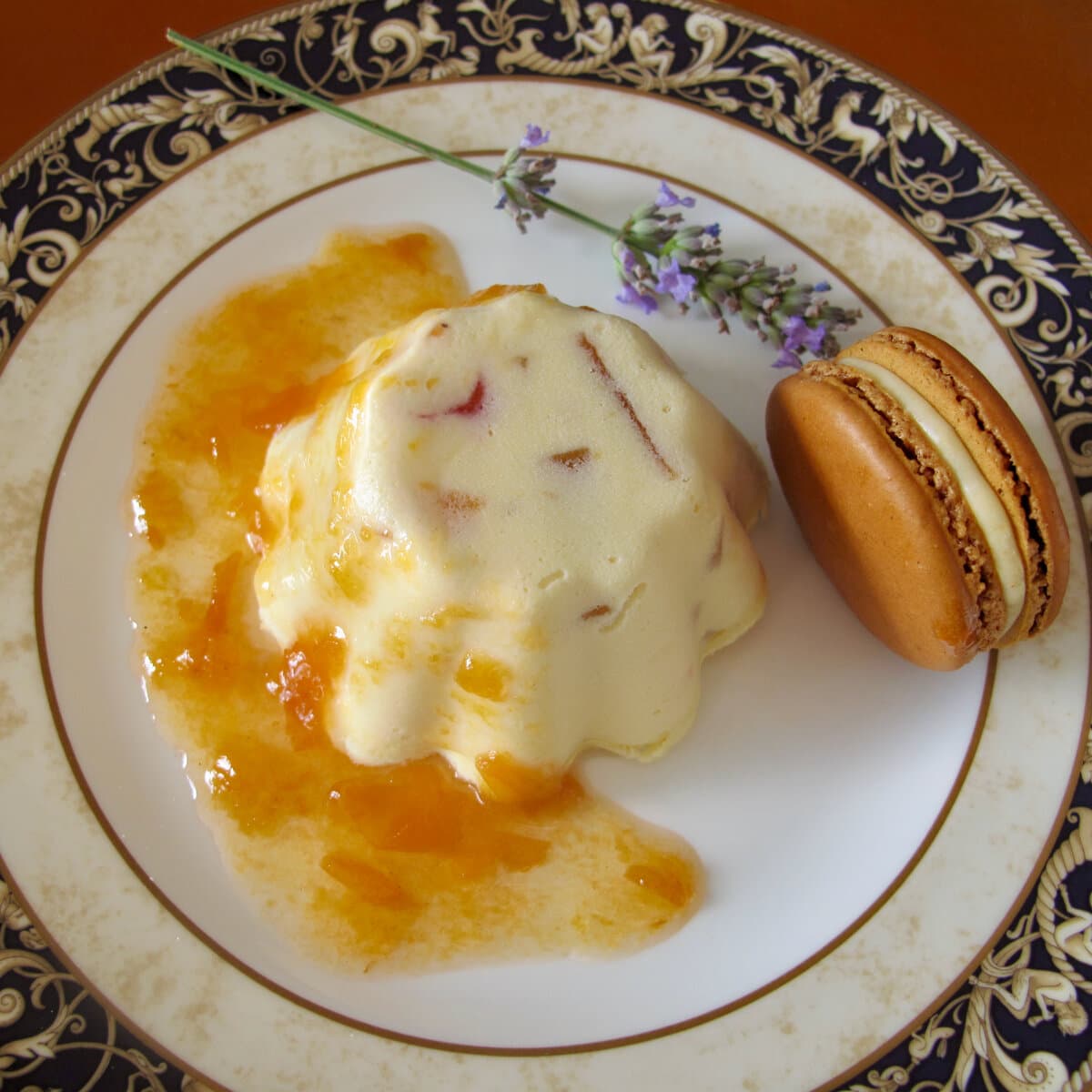 Most Popular Ice Creams in Paris

I’d promised the children a taste of the best ice creams in Paris during the summer holidays.

The unusually dismal July temperatures, however, meant replacing ice cream with homemade vanilla macarons. But as soon as that ball o’ fire returned, it was destination Berthillon on Ile Saint-Louis.

Berthillon is a Parisian institution. So much so that, come August – finally in the wonderful heat of the City of Light – their doors were… closed; shut; fermé; on holidays; en vacances, like most of Paris. Luckily, their ice creams and sorbets were being served by their more commercial neighbours. One of the tempting ice creams on Berthillon’s list was Plombières ice cream, packed with candied fruits. 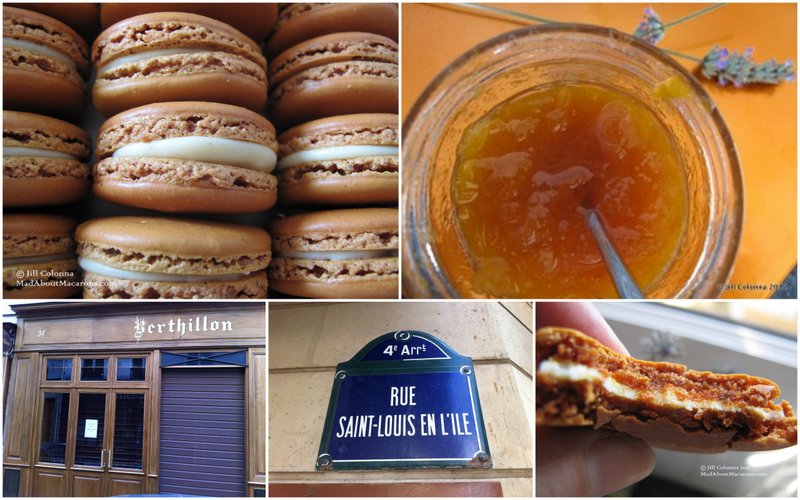 Where to Find the Best Candied Fruits in France

As my lucky French parents-in-law live in the Luberon near Apt, the world capital of candied fruits, I’ve an excuse to use Mother-in-Law’s generous bulk supply from the local Candied Fruit factory: candied (crystallised) orange peel strips, lemon peel cubes, glacé cherries and – my favourite – their candied ginger.

So instead of hanging around Ile Saint-Louis for Berthillon to reopen, it was easier to make Plombières ice cream at home. Reaching for my favourite French coffee-table cookbook, France: the Beautiful Cookbook by Gilles Pudlowski with recipes from the Scotto sisters, that was it. Perfect.

So I ‘ad-Apt-ed’ it, making individual portions for dessert rather than one giant ice cream. This will make a light, fruity, stress-free dessert – and even a handy dessert recipe to have on your Christmas menu. 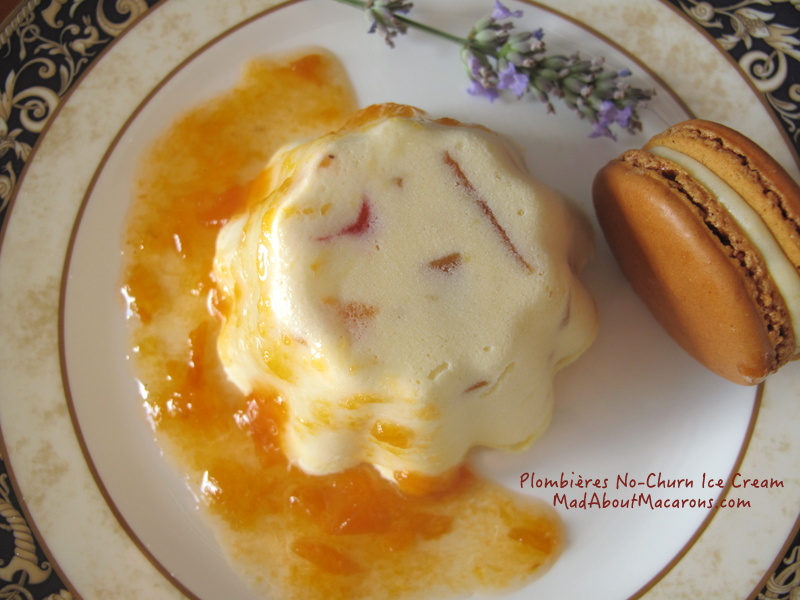 In 1858 Napoleon III met Count Cavour (Prime Minister of Sardinia) at Plombières-les-Bains in the Vosges department in Lorraine in northeastern France. As they were secretly negotiating the Treaty of Plombières, the local chef came up this dessert and has been a local speciality ever since.

Serve with macarons – don’t forget you can freeze your homemade macarons too – just defrost before serving and voilà! 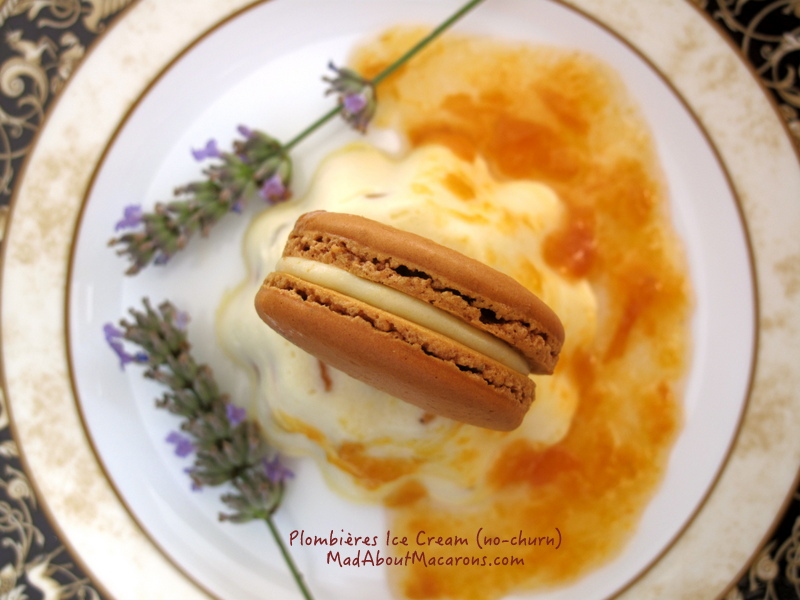 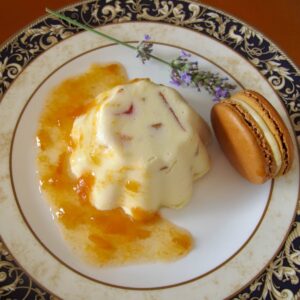 A classic French dessert of candied fruits in a custardy based no-churn ice cream, served with a light apricot coulis or sauce.

The beauty of silicone moulds is that you don't have to run it under warm water first. So easy!
Share this recipe