Some random facts about cauliflower in France, why French cuisine uses the term, ‘Dubarry‘, how to roast it, plus links to easy, healthy French cauliflower recipes. 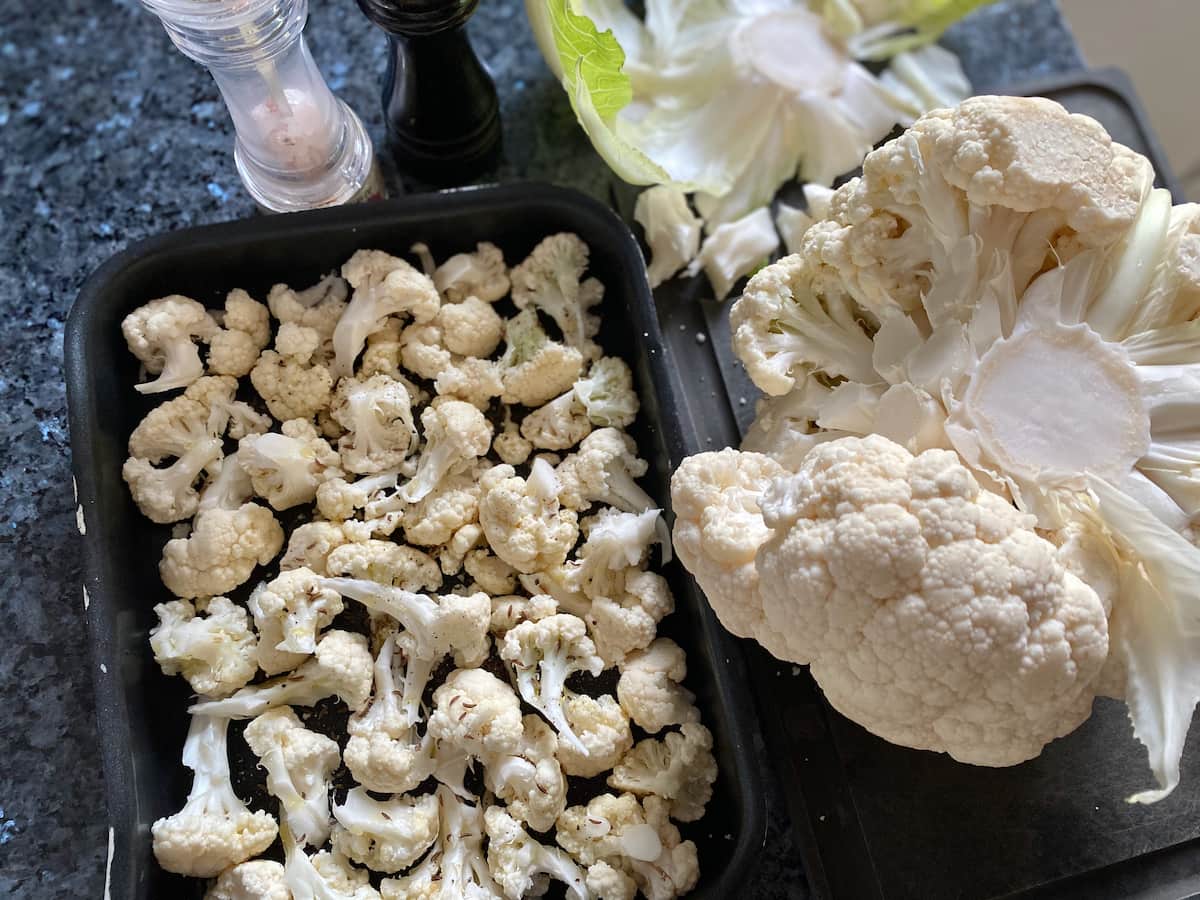 This is perhaps the easiest, most tasty and versatile way of cooking cauliflower.

To roast, simply cut off the outer leaves (head or pomme) and wash under running water. Cut off florets and, using your fingers, break them up further into little bite-sized pieces. Spread out in a single layer on a roasting tray or baking sheet, dribble over some olive oil, add a few grinds of the salt and pepper mill and sprinkle with spices and seeds of your choice.  Add chopped fresh herbs to serve. Here are some of our family favourites: 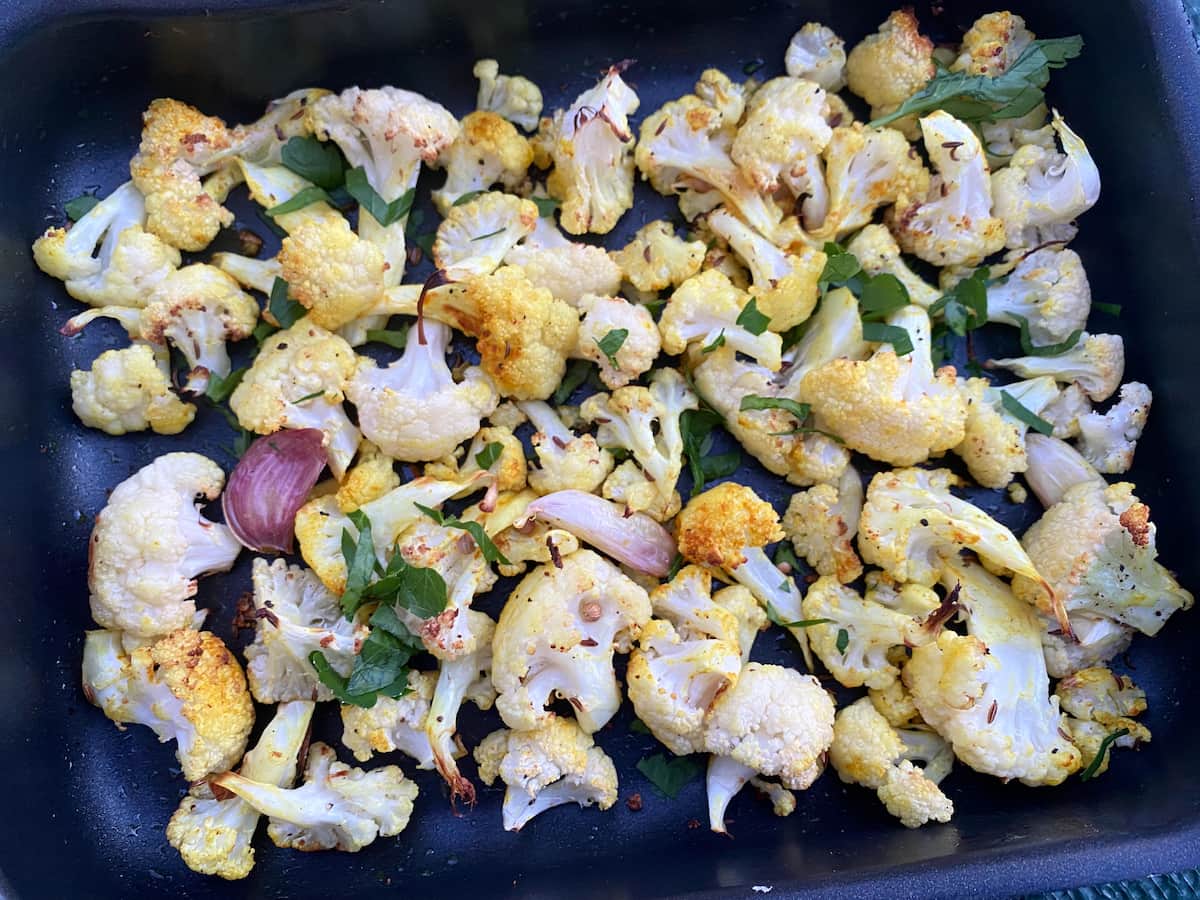