Some historical and nutritional facts about pineapples in France. Including benefits of eating pineapple, a serving suggestion plus easy and healthy French dessert recipes. 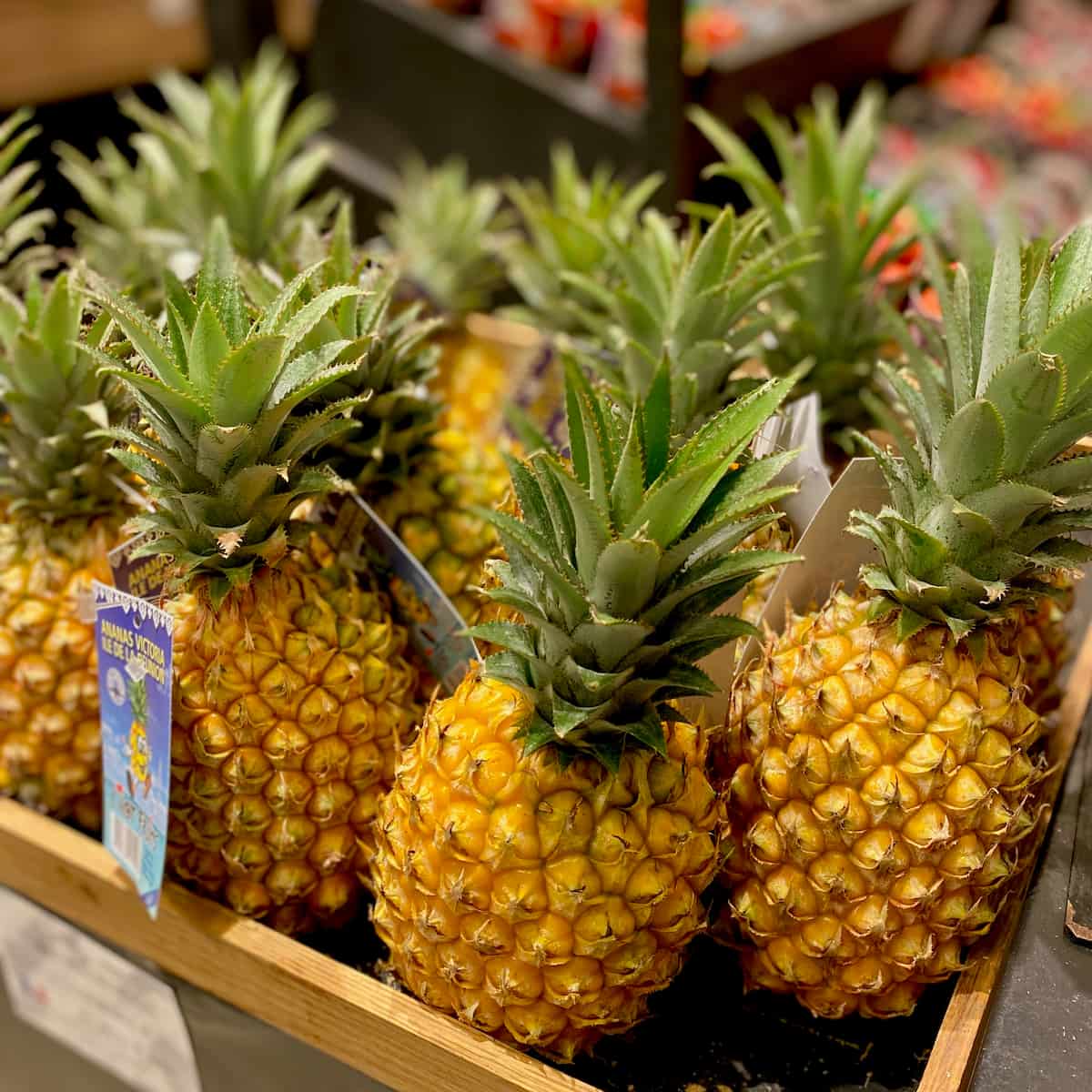 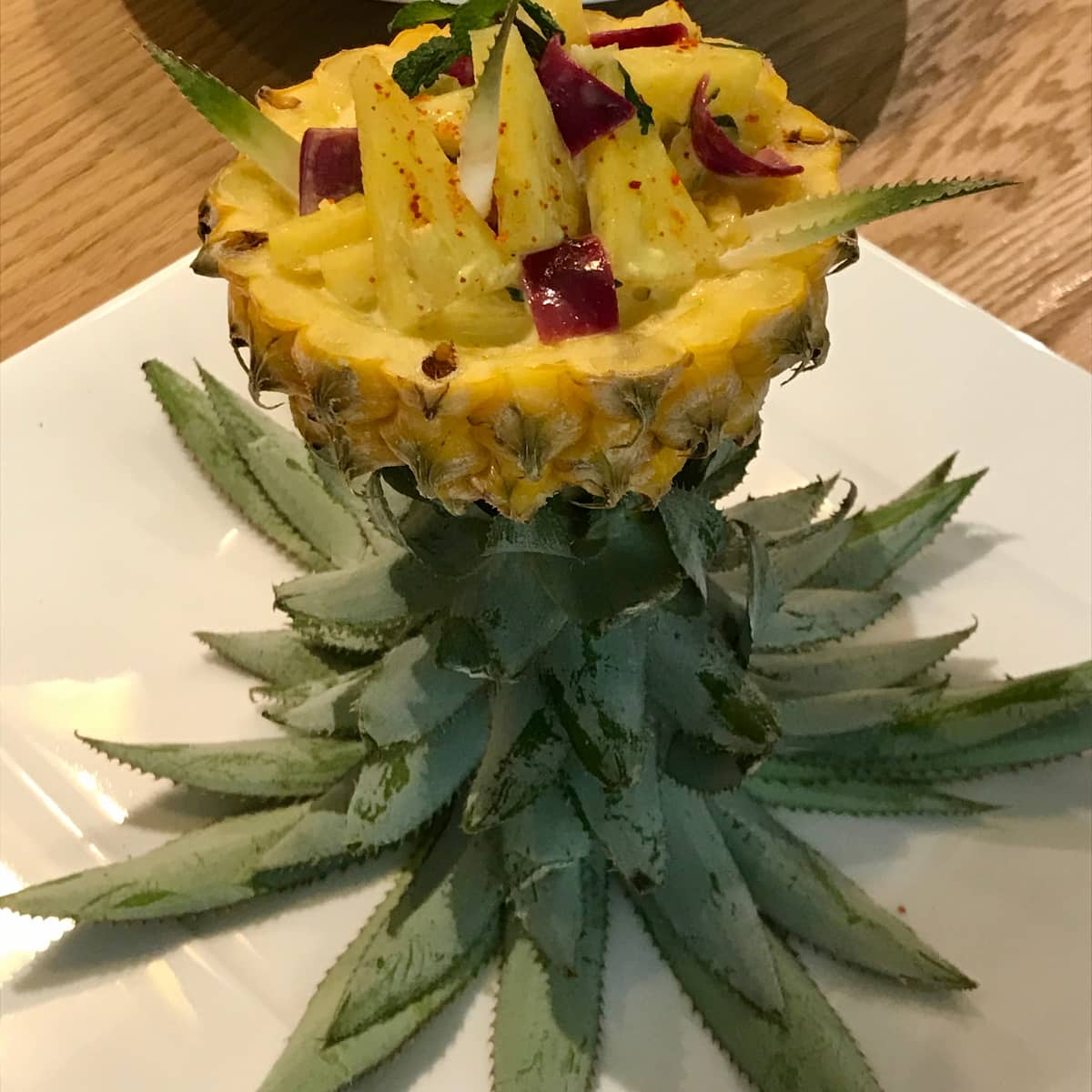 Here’s a serving idea, thanks to a training course I had with chef Frédéric Jaunault (Meilleur Ouvrier de France, specialist in fruits and vegetables). He served an exotic fruit salad in an upside down, directly on its leaves. Cut it horizontally, hollow out half of it and mix with other exotic fruits, lime juice, ginger and a hint of Cayenne spice. Scoop out the inside flesh using a grapefruit knife or a long serrated bread knife.

Alternatively, pineapple is also great served with savoury. Chop up the fruit into chunks and fry with a Caribbean style chicken curry and serve in the same way above.  Also goes well with duck and hams. 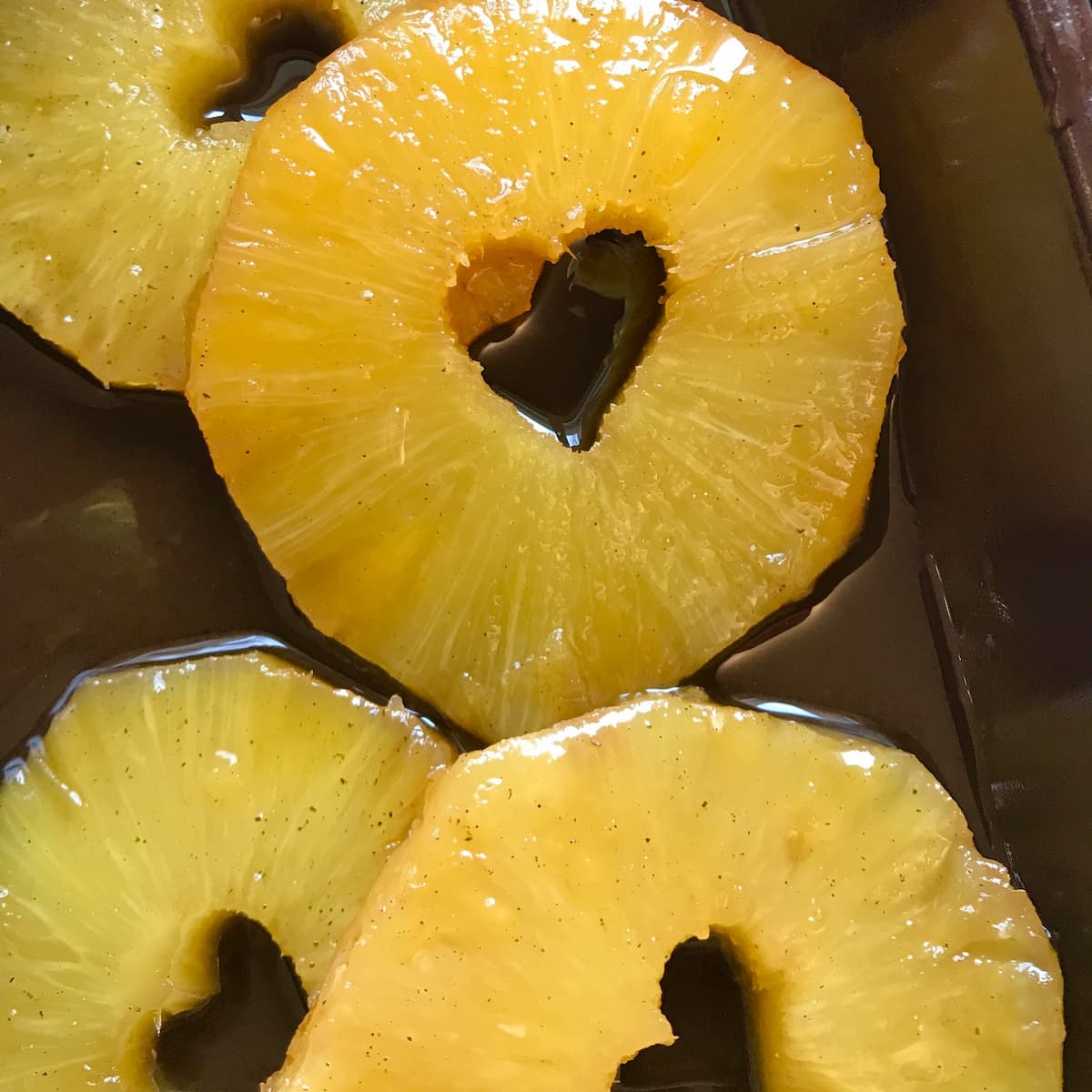 For your Valentine, pineapple slices are perfect to surprise your loved ones. Forget the classic round hole: cut out love hearts in the centre! See them in this Pineapple Condé Dessert.