Interesting facts about French tomatoes, a brief history how they came to France, their health benefits, nutrition and easy recipes. The most popular fruit vegetable. 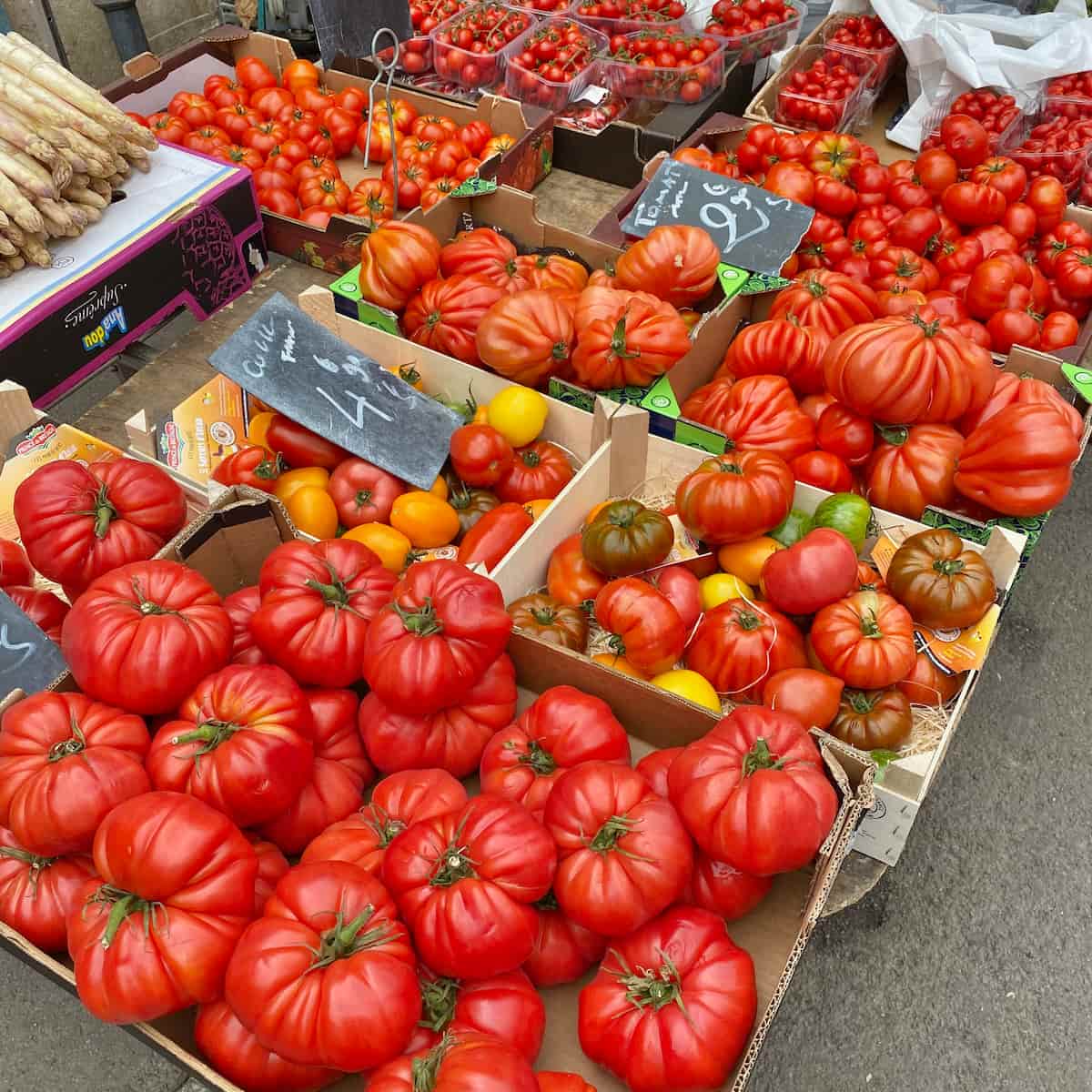 Available all year around (thanks to greenhouses) but high season has many more varieties available between April – September. 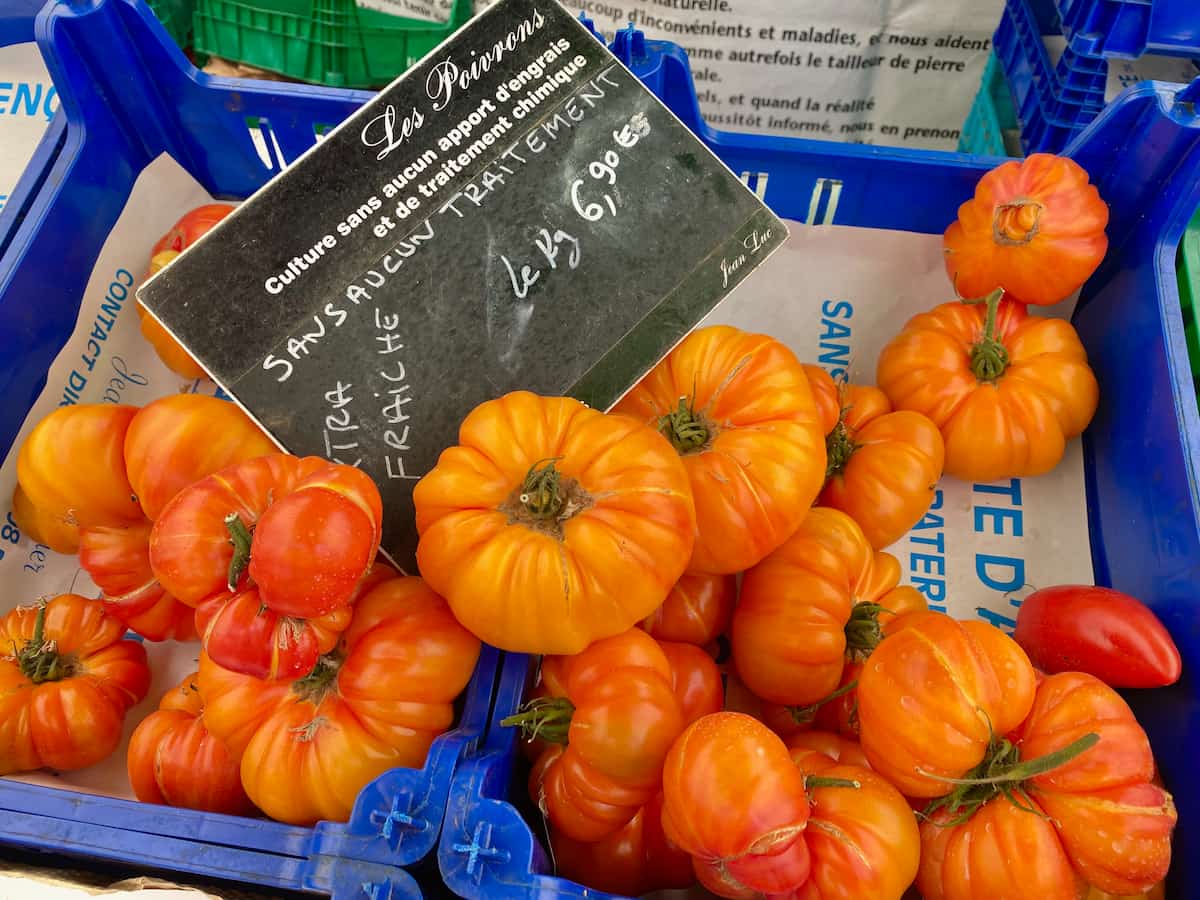 How to Concentrate Tomato Flavour

Bought tomatoes and disappointed that they lack flavour? Alas, this happens too often when store-bought and they are not always packed with flavour at all times of year.

So the solution? Make these easy Roasted Tomatoes: simply slice them and bake in the oven for a few minutes with a little olive oil and seasoning. It can turn the humblest tomato into an elegant starter for a dinner party.

What Can I put on Raw Tomatoes?

When tomatoes are so fresh and full of flavour, simply slice them and enjoy them raw. Top with a drizzling of good olive oil, a few turns of the salt and pepper mill.  Even better, sprinkle over some finely chopped fresh aromatic herbs such as basil, thyme or tarragon. Add slices of mozzarella to make a simple Italian Caprese Salad. 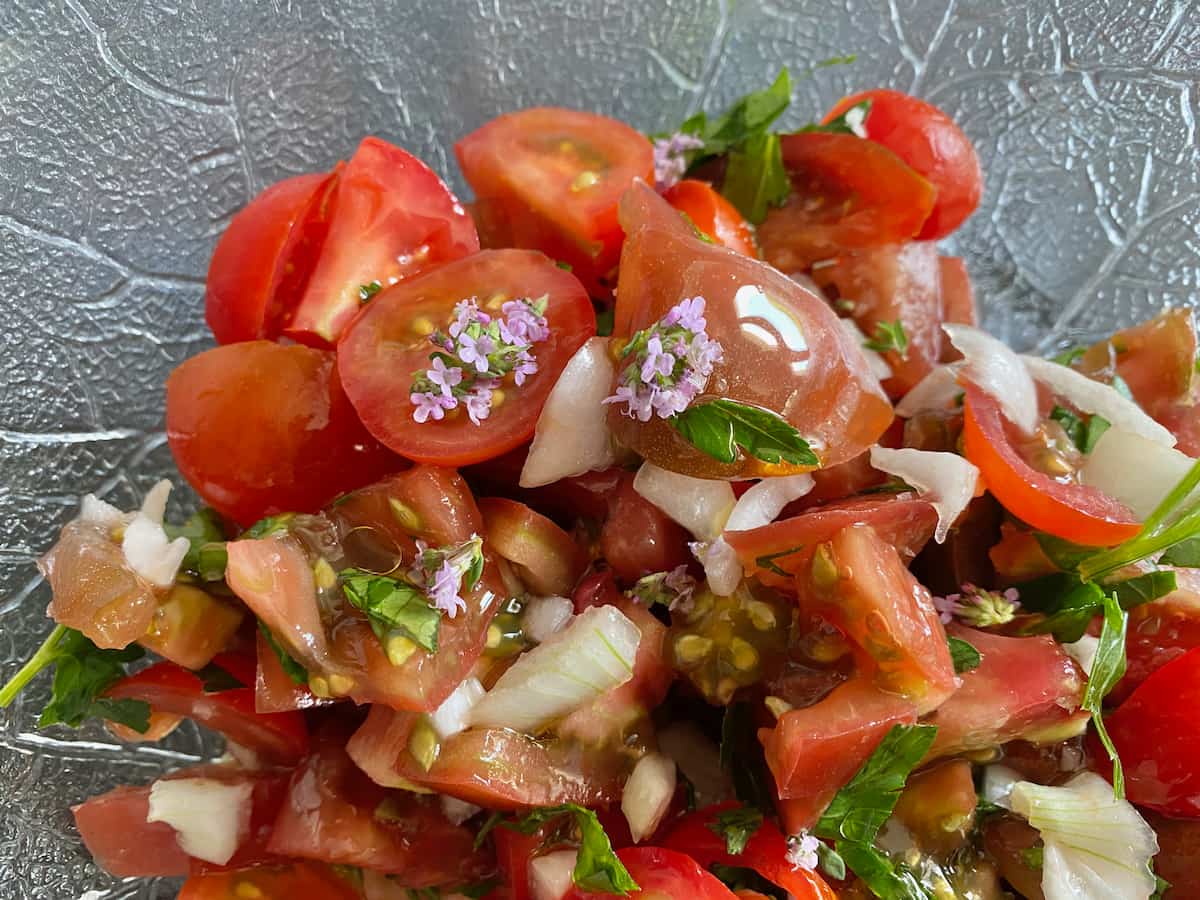 How do you Make a Tomato Salad?

Chop 3-4 tomatoes and some cherry tomatoes (at room temperature). Toss together with finely chopped spring onion, fresh herbs (mixture of flat parsley, basil) with some olive oil, a few turns of the peppermill, a good pinch of salt fleur de sel and just a small pinch of sugar.

Thanks to my niece, Emily:

Why did the tomato blush? Because it saw the salad dressing.