What are French plums? Some of the main plum varieties in France, when they are in season and links to easy and healthy plum – and prune – recipes (mainly French). Did you know that, on average, nearly 2 kilos of prunes (pruneaux d’Agen) are consumed each year by the French? 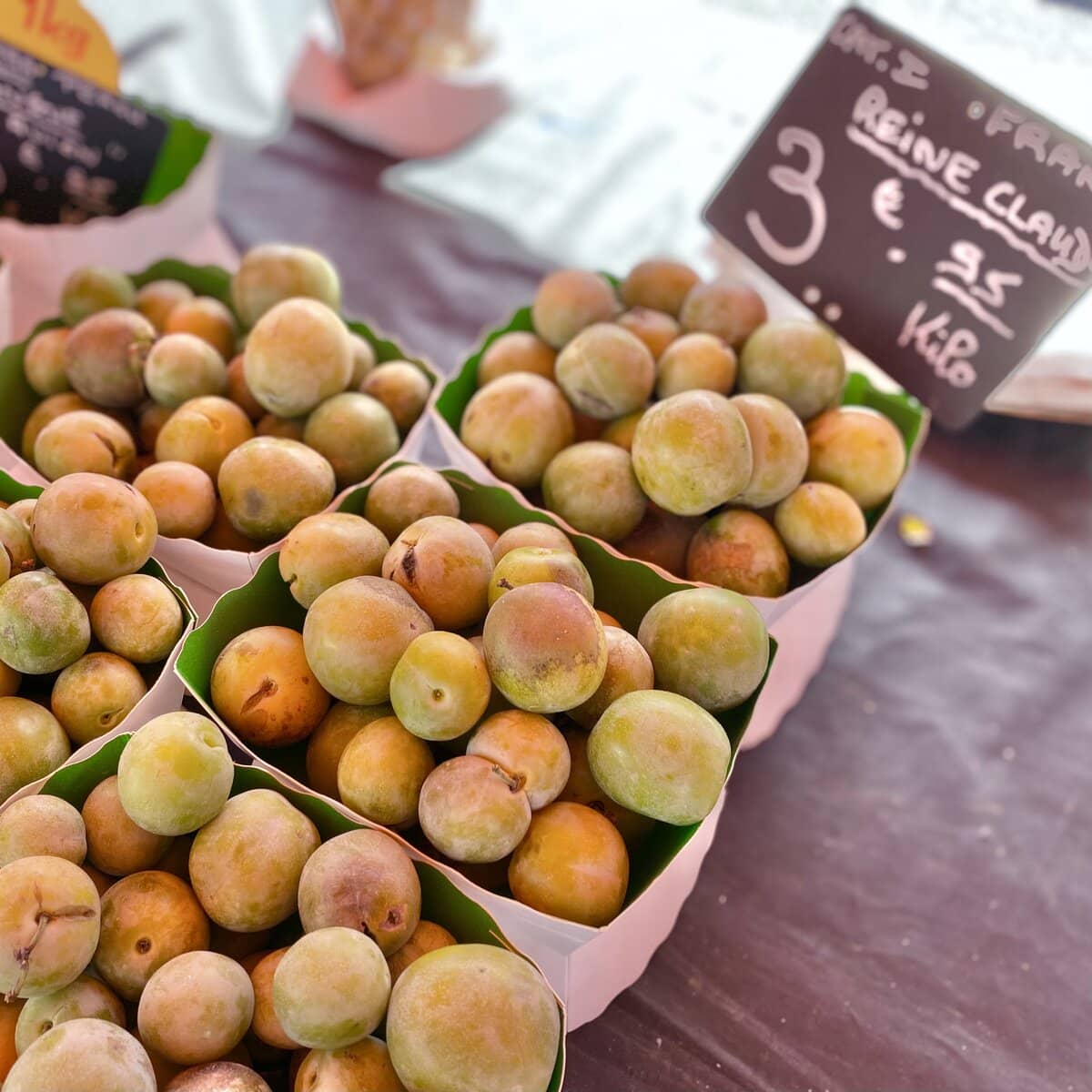 French Plum Varieties & What are Best for Cooking? 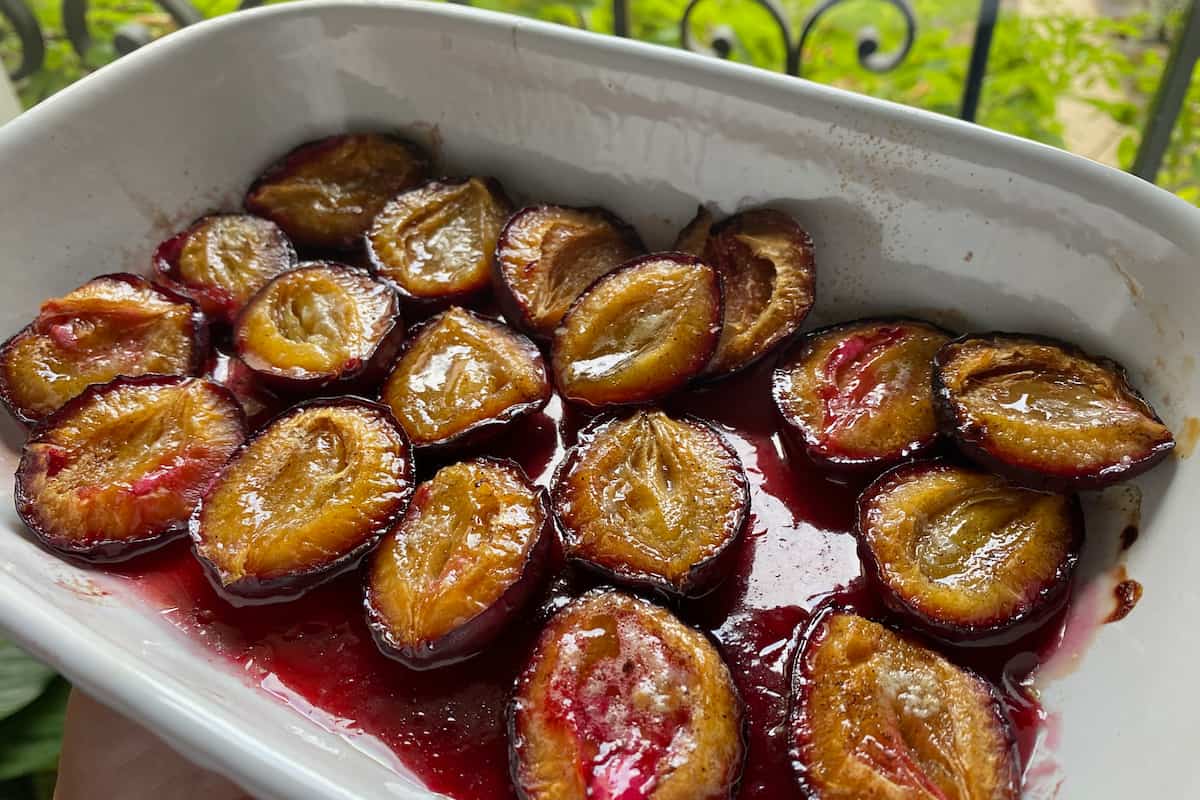 Roast halved plums, sprinkled with ground cinnamon, a little butter and 2 tbsp water (no sugar). Bake for 20 minutes at 180°C 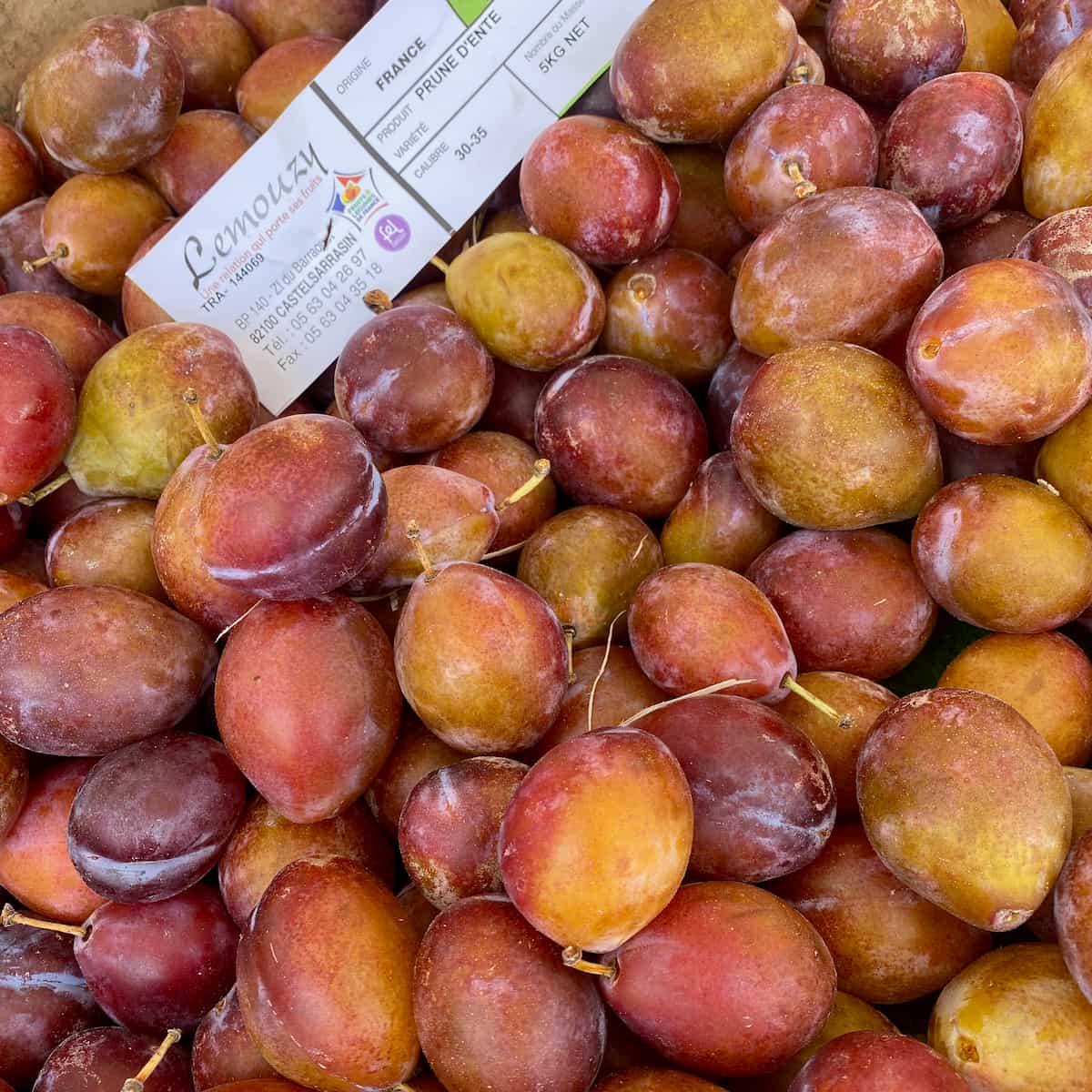 What is a French Prune Plum?

“Attention, c’est le noyau dur”
Means “It’s at the heart or the core of something” (literally translated as “be careful, it’s the tough fruit stone”).

For the Clafoutis below, replace strawberries with the small, bright yellow Mirabelle plums – it’s divine!