What is the best way to prepare asparagus, how to trim and cook them and links to easy asparagus recipes. History, varieties, how to choose them at the market and odd facts including why urine smells after eating them. 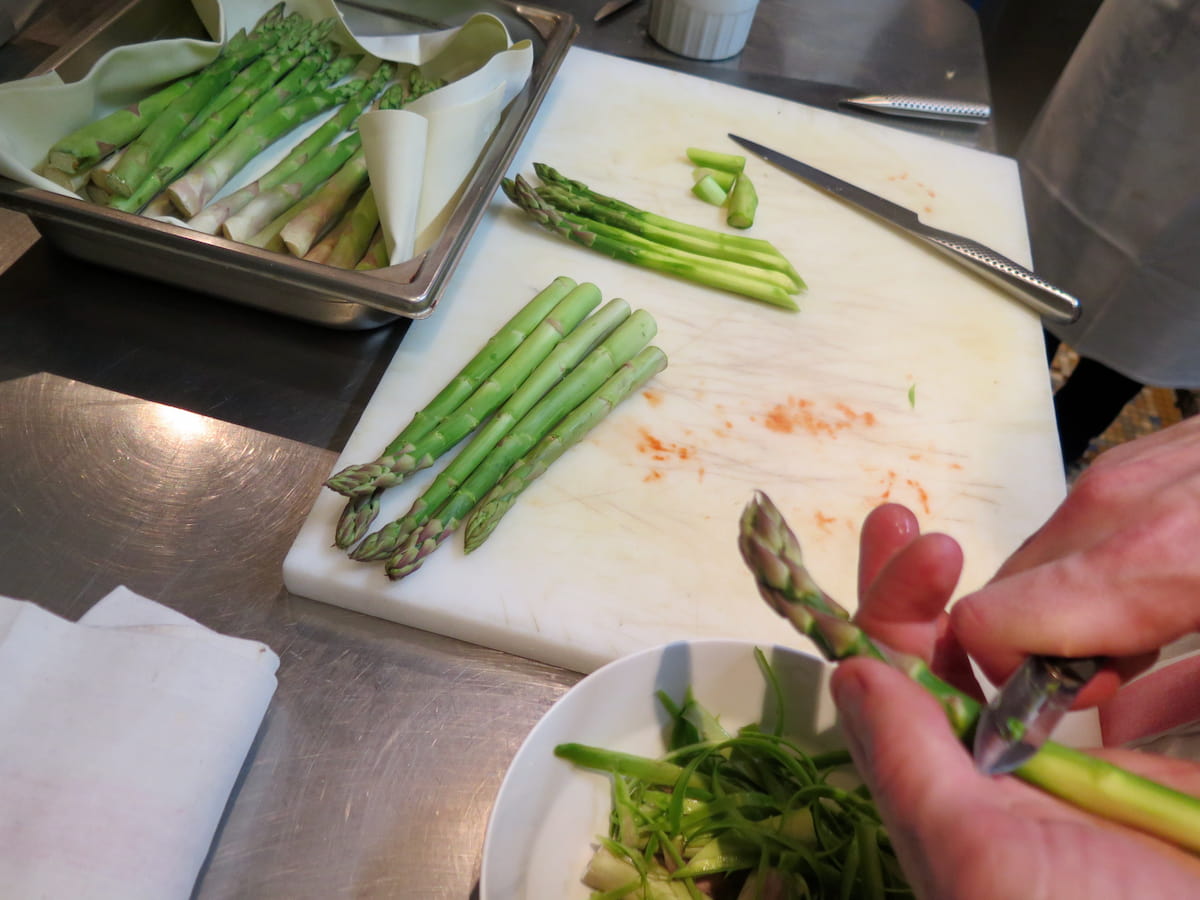 How to Trim & Cook Asparagus

For a demonstration how to prepare them, see my step-by-step recipe video for Asparagus Clafoutis with parmesan sauce. 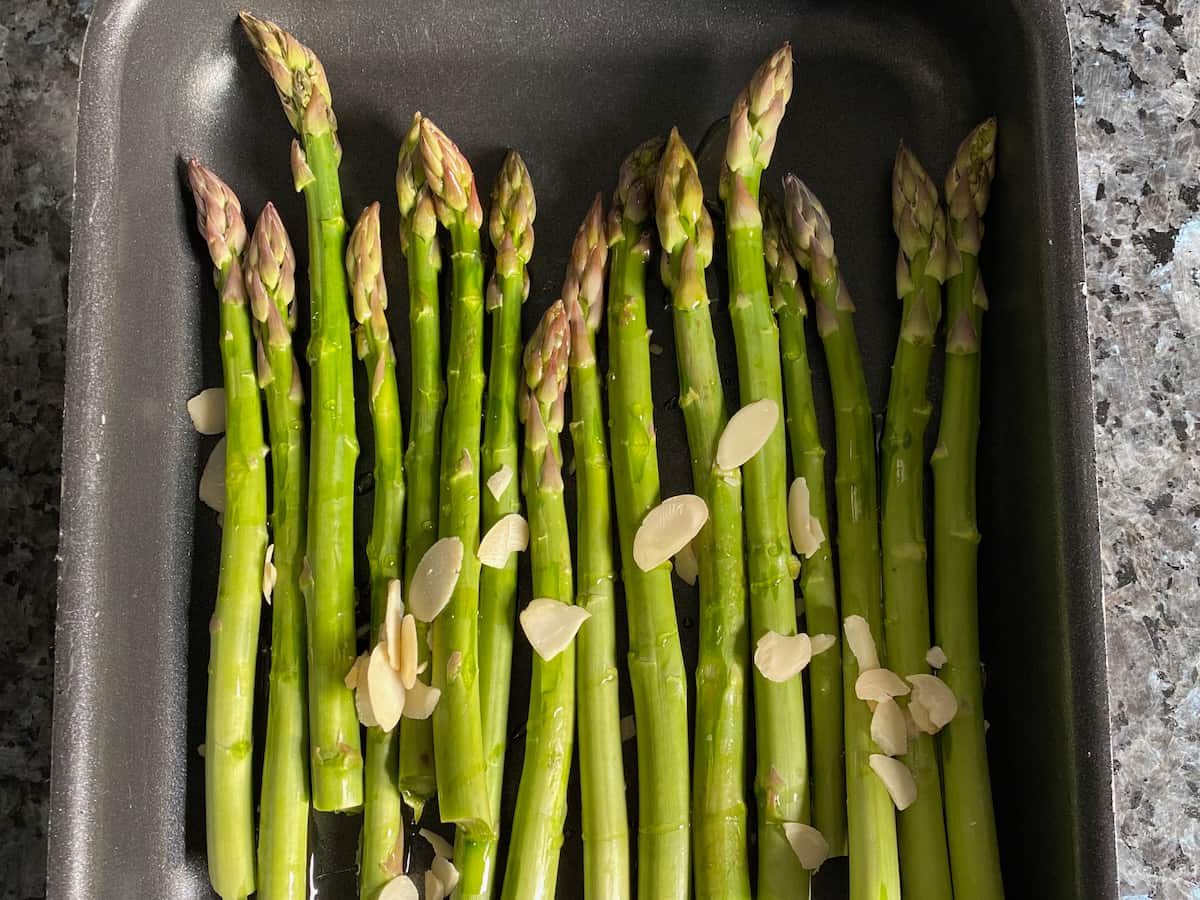 Baking or oven-roasting is the easiest and quickest way and one of the best ways to enjoy asparagus.
Simply trim them (as above) then place them in a roasting tin, dribbled with a little olive oil, salt, pepper and sprinkle on some slivered almonds or hazelnuts. Also delicious with each spear wrapped in thin slices of bacon.
Bake them in the oven at 200°C/180°C fan/400°F/Gas 6 for 10-15 minutes, depending on their size.

Trim the asparagus (as above) and fry over a medium heat with a couple of bacon rashers or simply with a little butter/olive oil for 4-8 minutes, depending on asparagus size. Season to taste and serve immediately.

Wild Asparagus, properly known as ornithogalum pyrencaicum (asperge des bois), is delicious served cold, tossed in salads and hot as a side to roast chicken, for example or to decorate tarts and pies. Its taste is more a cross between asparagus, French green beans and peas. Only needs brief cooking as the spears are so thin.  Boil briefly for a minute or two or sauté in butter or olive oil.

Delicious served with sauces such as Hollandaise, Béarnaise, Mayonnaise or Beurre Blanc. Ideal on its own or with salmon, chicken and fish. Fabulous with eggs: add to omelettes – and dip spears into a runny boiled egg. Divine!