How to choose and prepare rhubarb from the market with links to easy rhubarb recipes, including dehydrated rhubarb as garnish for both desserts and savoury dishes. 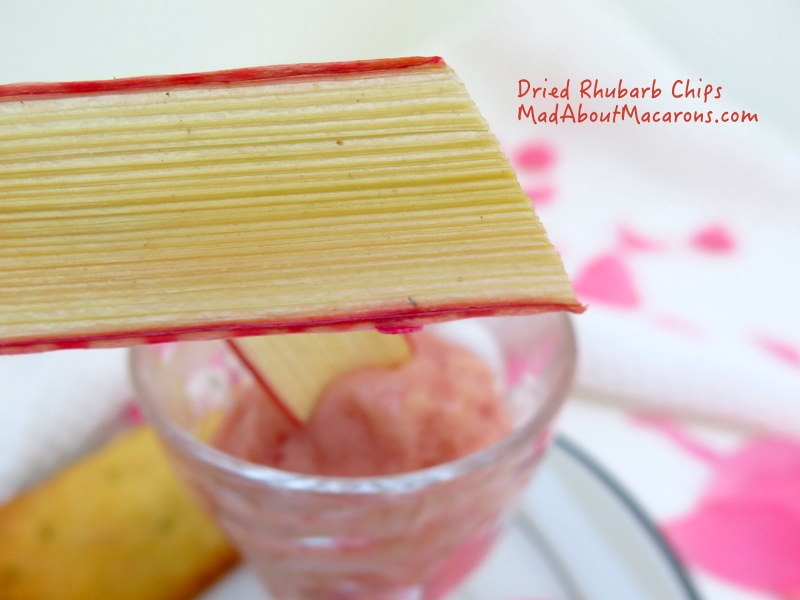