Flat, Alsatian egg noodles are one of the specialities of Alsace cuisine. Either serve simply or with French meat stews. What’s more, the recipe uses six egg yolks – so macaron-making bakers will have plenty of egg whites left to make them. 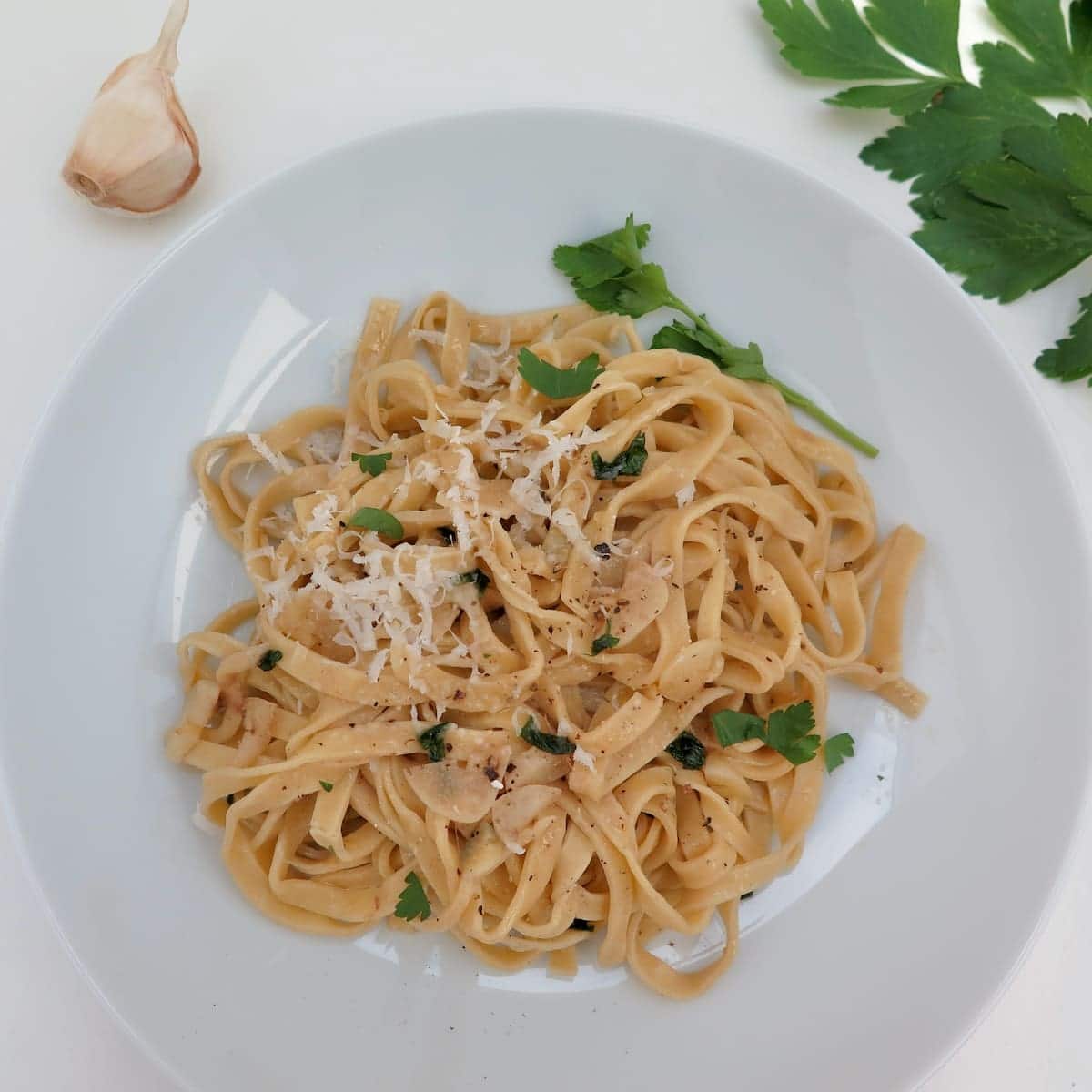 You know how I love sharing egg yolk recipes with you – especially if you’re mad about macarons, financiers, meringues and light French chocolate mousse plus more delicious egg white recipes.

In fact, it’s a delicious vicious circle, needing to keep egg whites aside for recipes – and ‘having to’ use up the yolks!

For much more, see all my egg yolk recipes. 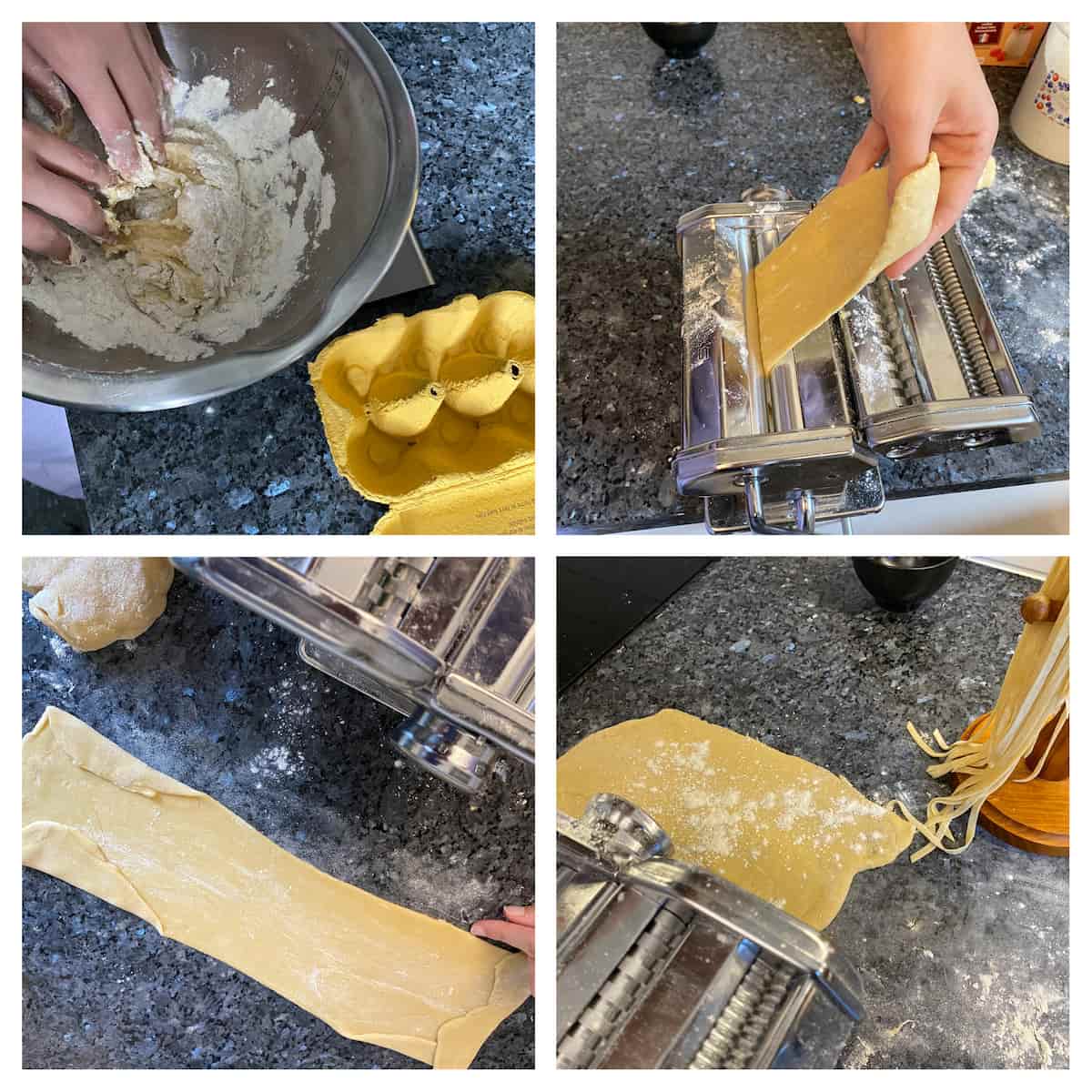 When my kids were growing up in Paris, one of their best party souvenirs was based on a homemade pasta theme. They adored dusting the strands of pasta with flour. Well, this included dusting flour on themselves and flour-dusting the kitchen floor. Everyone at the homemade pasta party took turns to rotate the pasta-maker’s handle. One of the highlights was to watch the strands appear for the grand finale like a beaded curtain found in Mediterranean yesteryear groceries.

The best part, however, was at the end. The biggest satisfaction was to watch them all tuck in around the table, tongues twisting with concentration as they twirled their lovingly homemade noodles around giant forks as they lapped it all up. It couldn’t have been simpler: just tossed in butter with a few fresh aromatic herbs from the garden and topped with some freshly grated parmesan cheese.

Years later, I love that both Julie and Lucie want to make homemade pasta again – this time by themselves just using this recipe. 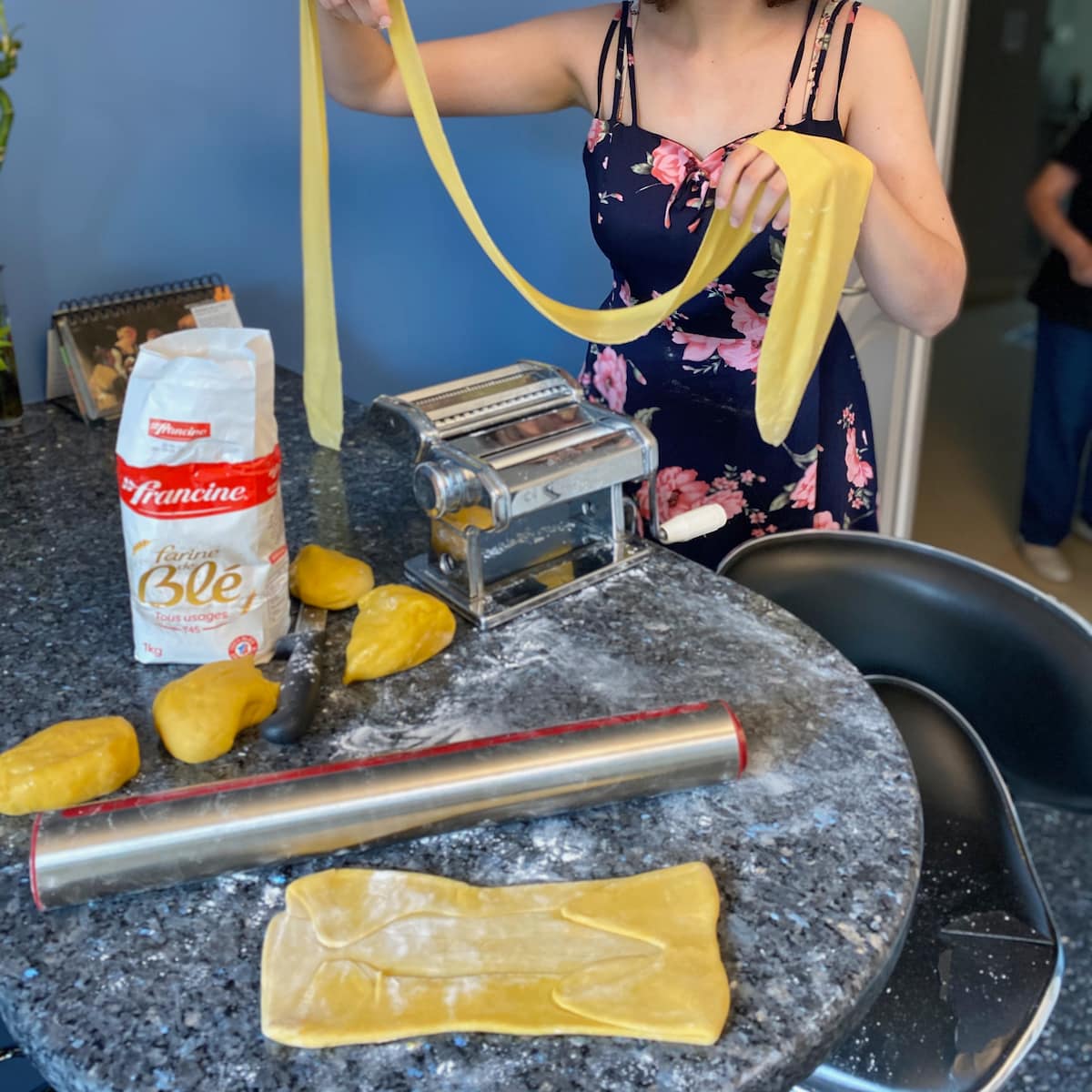 This egg pasta is extra special as it uses so many egg yolks.

I first discovered the classic recipe for them as Alsatian Noodles (Nouilles à l’Alsacienne) by the late Chef Bernard Loiseau, who loosely called for 8-10 yolks (or 5 whole eggs) but over the years I’ve used a couple of eggs in there with 6 yolks.

The result is homemade pasta that’s so easy to work with – especially as the noodles should be as thin as possible. 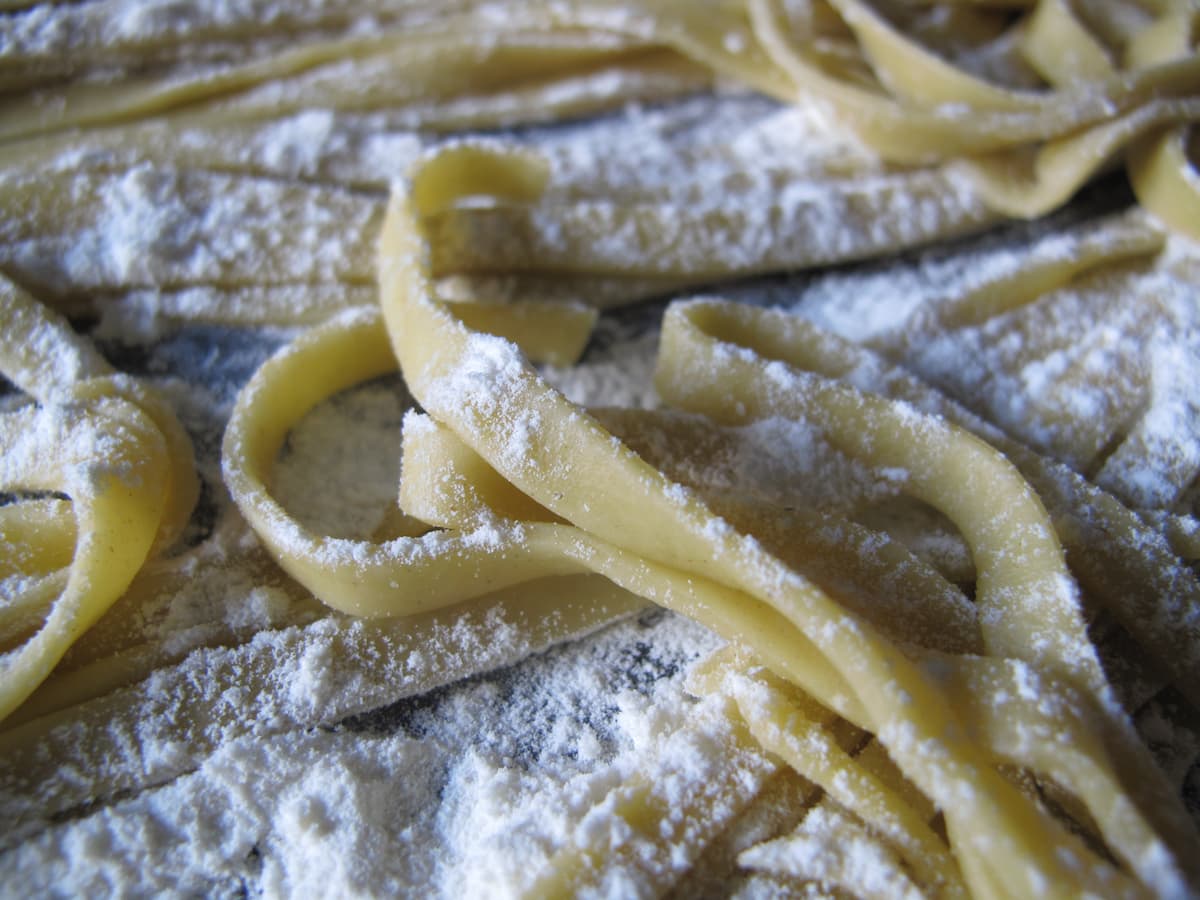 How to Make Alsatian Egg Noodles

To make noodles, this recipe is so much easier using a pasta machine, although it’s not completely necessary. It’s important to make the noodles as thin as you can. As the noodles are drying, ensure there is enough flour sprinkled on them to ensure they don’t stick together. 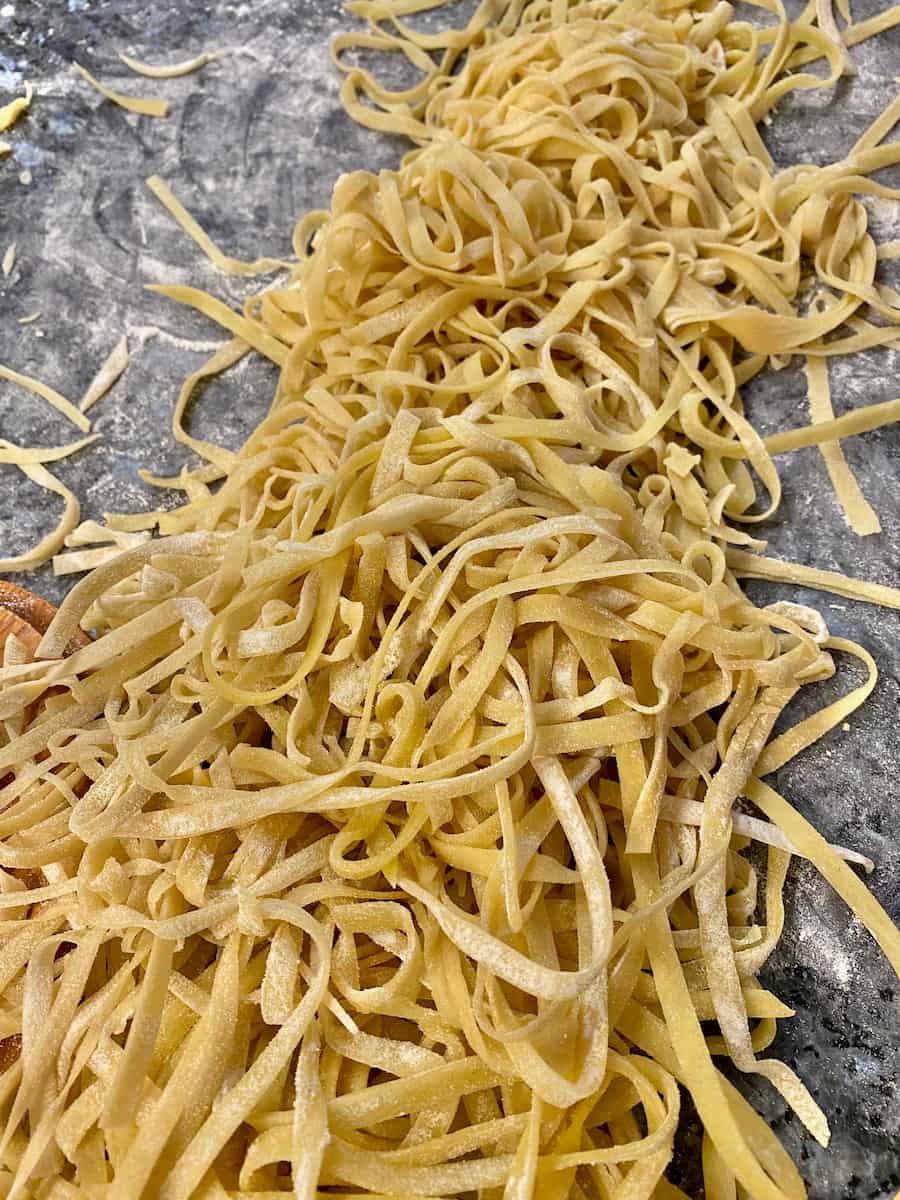 This is also delicious served with Coq au Vin (chicken in red wine casserole) and this Corsican Veal Stew with Red Bell Peppers – both are my favourite easy make-ahead dinner party recipes that go well with fresh egg noodles. Normally both recipes are just served with a crusty baguette but if there’s any leftovers, toss it into the pasta. It’s divine. For something a bit different, serve with this healthy nettle pesto.

Also, if serving for more than 6 people, it’s a delicious way to make it go a long way. 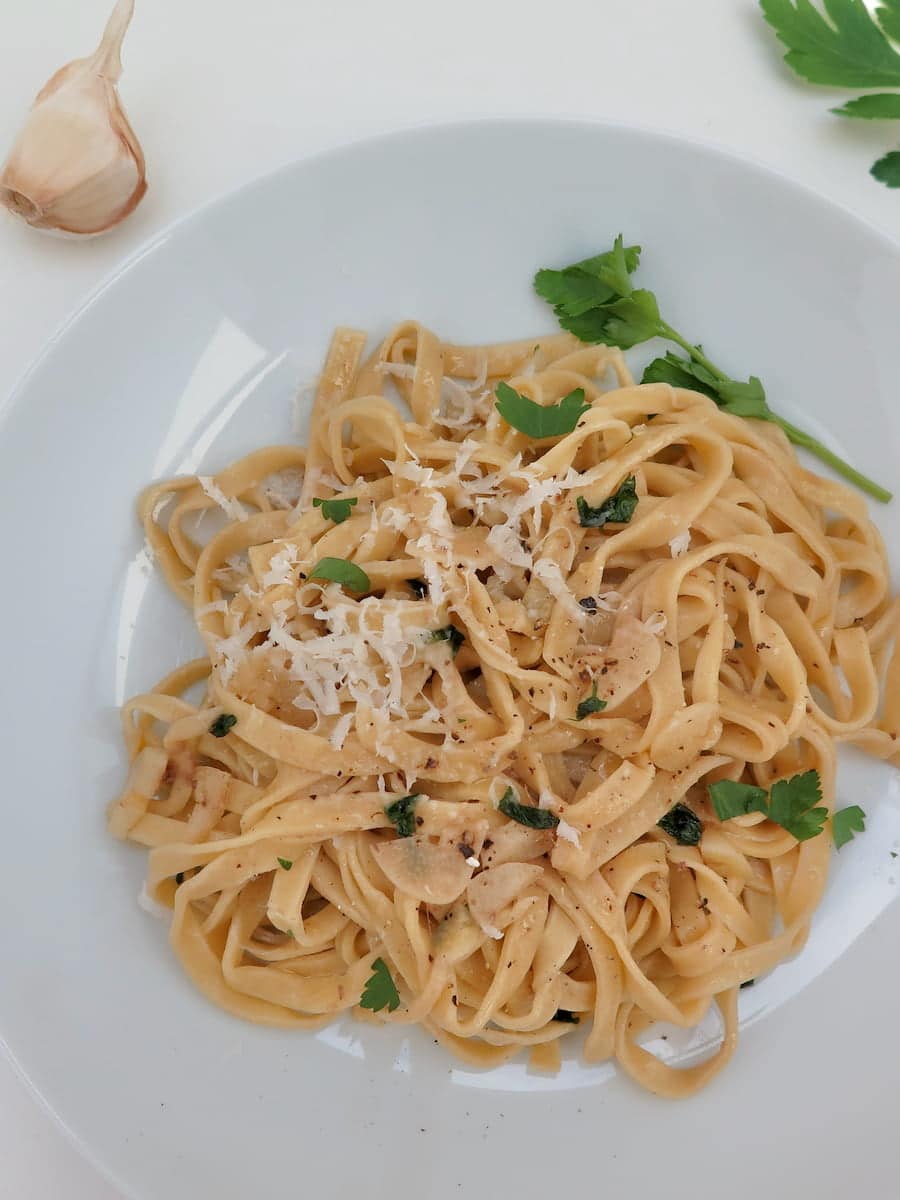 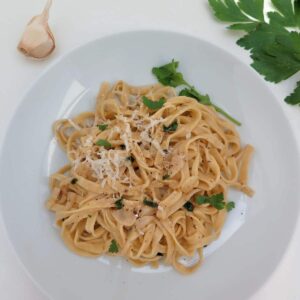 Alsatian egg noodles, an easy recipe using egg yolks. To make the flat noodles, this recipe is so much easier using a pasta machine, although it's not completely necessary.

To Serve: toss in butter or olive oil with sautéd garlic and season to taste. Add some chopped fresh herbs like flat leaf parsley, basil or chives at the end to preserve their flavours and vitamins. Delicious with stinging nettle pesto or goat cheese pasta sauce.

What Can I Make with the Leftover Egg Whites?

Now you’ve used 6 egg yolks for the pasta, leave the egg whites in a clean jam jar with lid on for up to 5 days and enjoy making these recipes using egg whites: 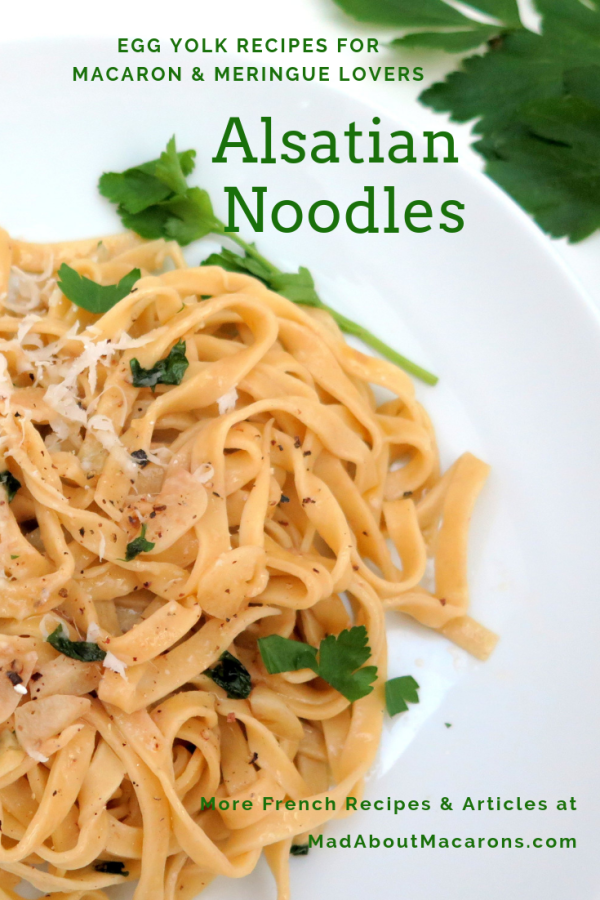