Random facts about mushrooms in France, what goes with them and links to healthy mushroom recipes. Looking for popular French sayings? Step on the mushroom is one – all explained.

Common button mushrooms are available on sale all year round.  However, the other (wild) varieties are in peak season in Autumn.

Random Facts about Mushrooms in France 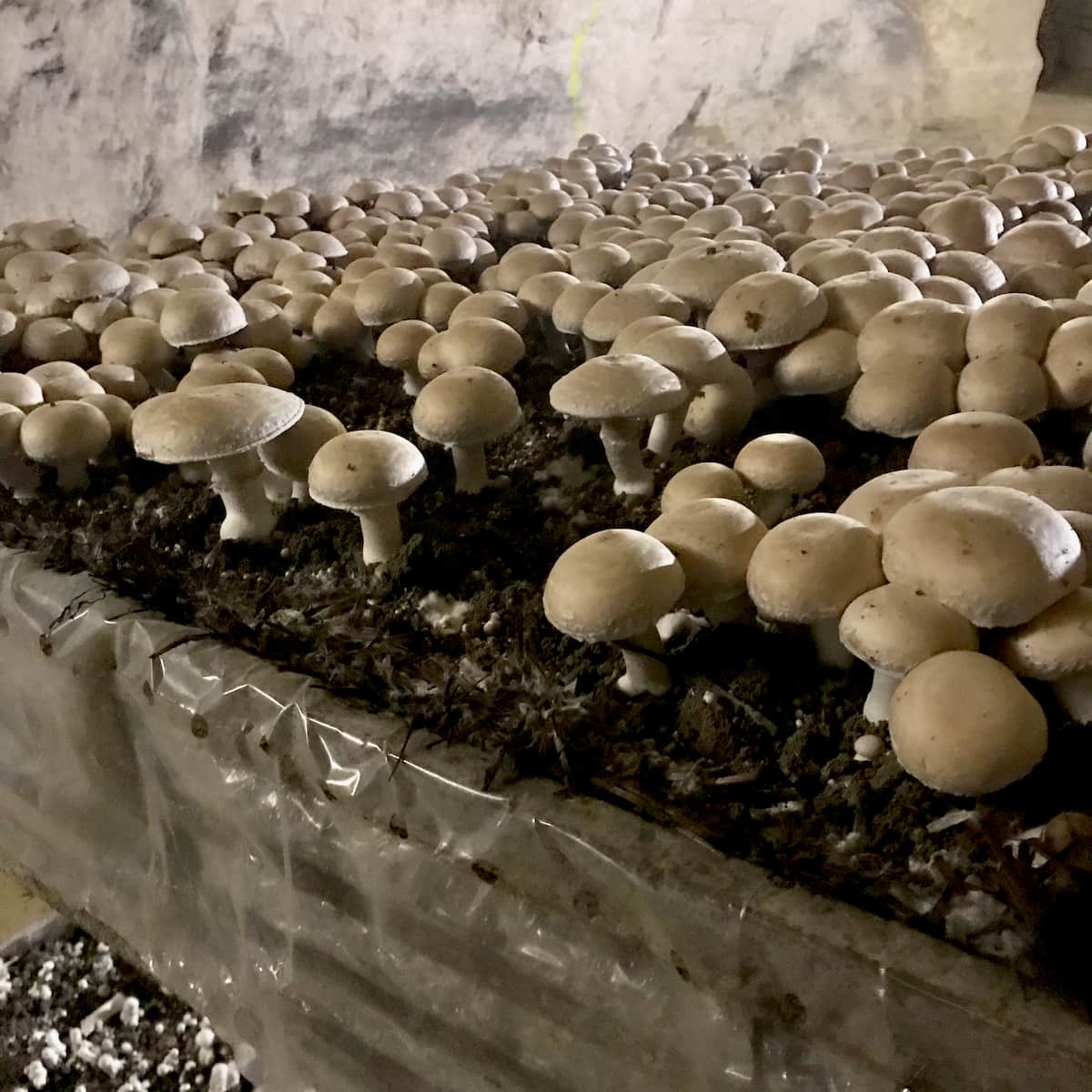 “Appuyer sur le champignon” (pronounced: apwee-aye soor le chompeeng-nong)
Colloquial French expression (literally translated as ‘to press on the mushroom’) which means to accelerate a vehicule, to go faster, as a champignon is often referred to as the accelerator. 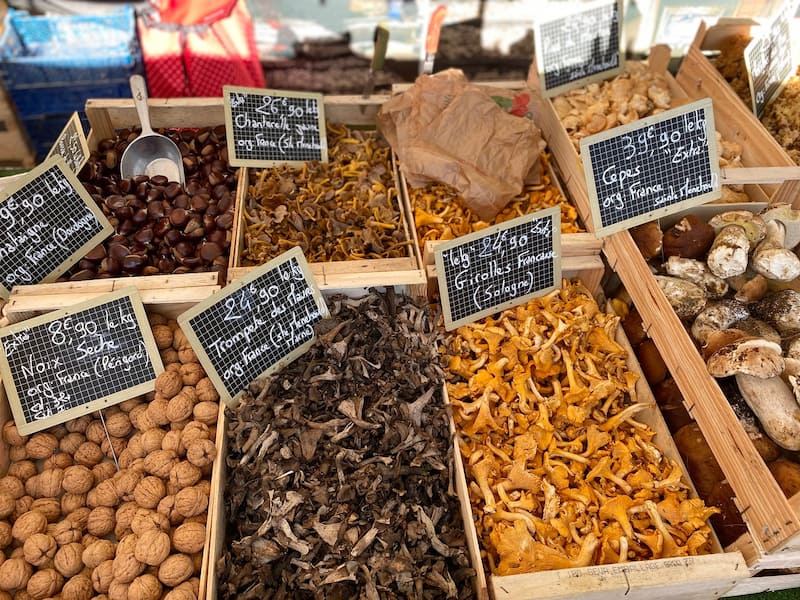 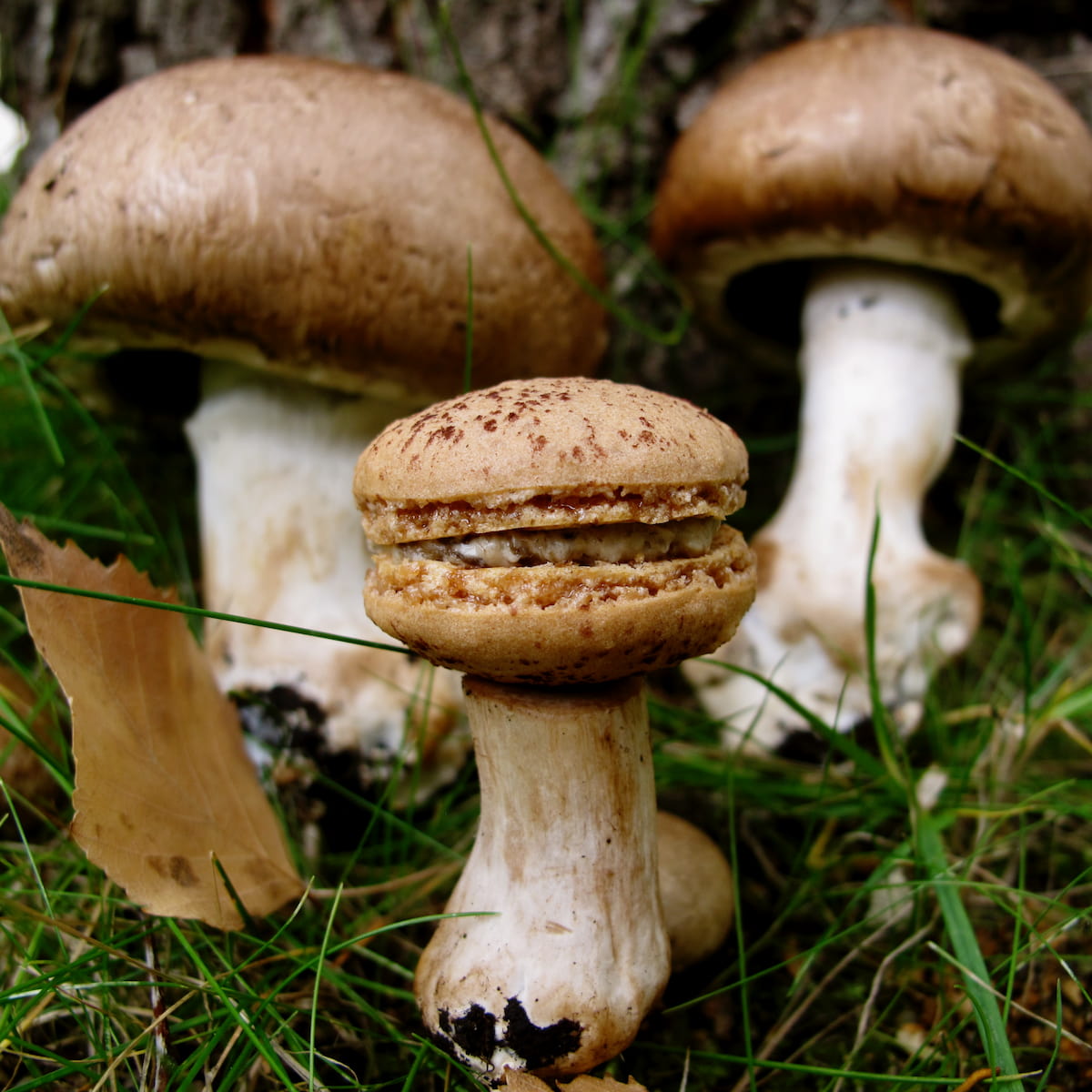 What Goes with Mushrooms?

According to Niki Segnit’s ‘The Flavour Thesaurus‘ (2010), all mushrooms have their own particular earthy flavour. However, each contain a flavour-identifying compound called I-octen-3-one.

As a result, other foods with similar compounds go very well with mushrooms: almonds, apricot, bacon, chestnut, garlic, onion, asparagus, pumpkins, aromatic herbs (parsley, tarragon, mint, rosemary, thyme), truffle, plus another ingredient you have to discover in this creamy mushroom soup! Also according to the Harvard Nutrition Source, they create savoury rich flavours called umami (contains glutamate) so great added to stews, pasta or rice dishes and soups without the need for too much salt.

French wine: traditionally in France, mushroom dishes (in particular morels) are often served with a chilled white from the Jura.