What can you make with pumpkin and squash? Discover the various kinds in France, how to choose and prepare them, and links to healthy French pumpkin or squash recipes. 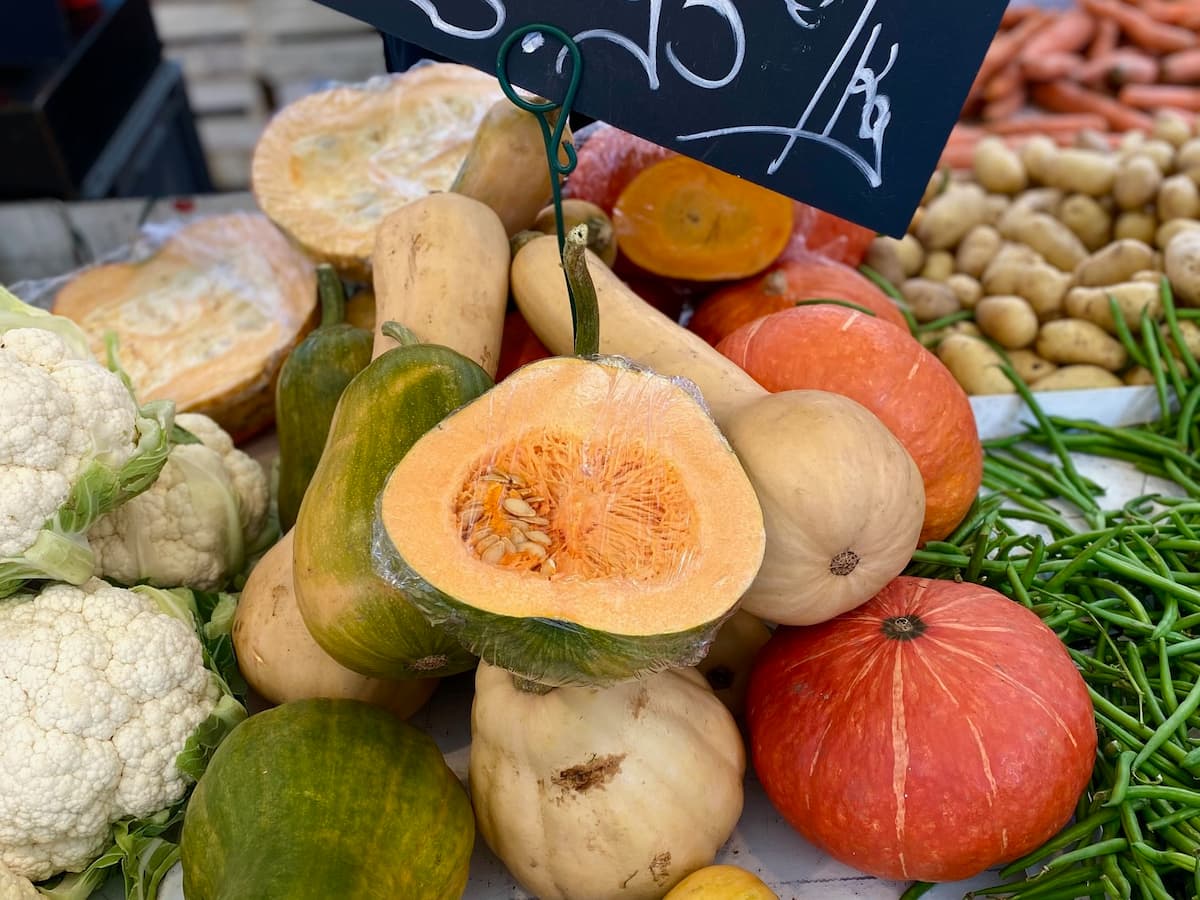 High season: October – December; Those harvested during this time can last all winter.

Random Facts about Pumpkins in France 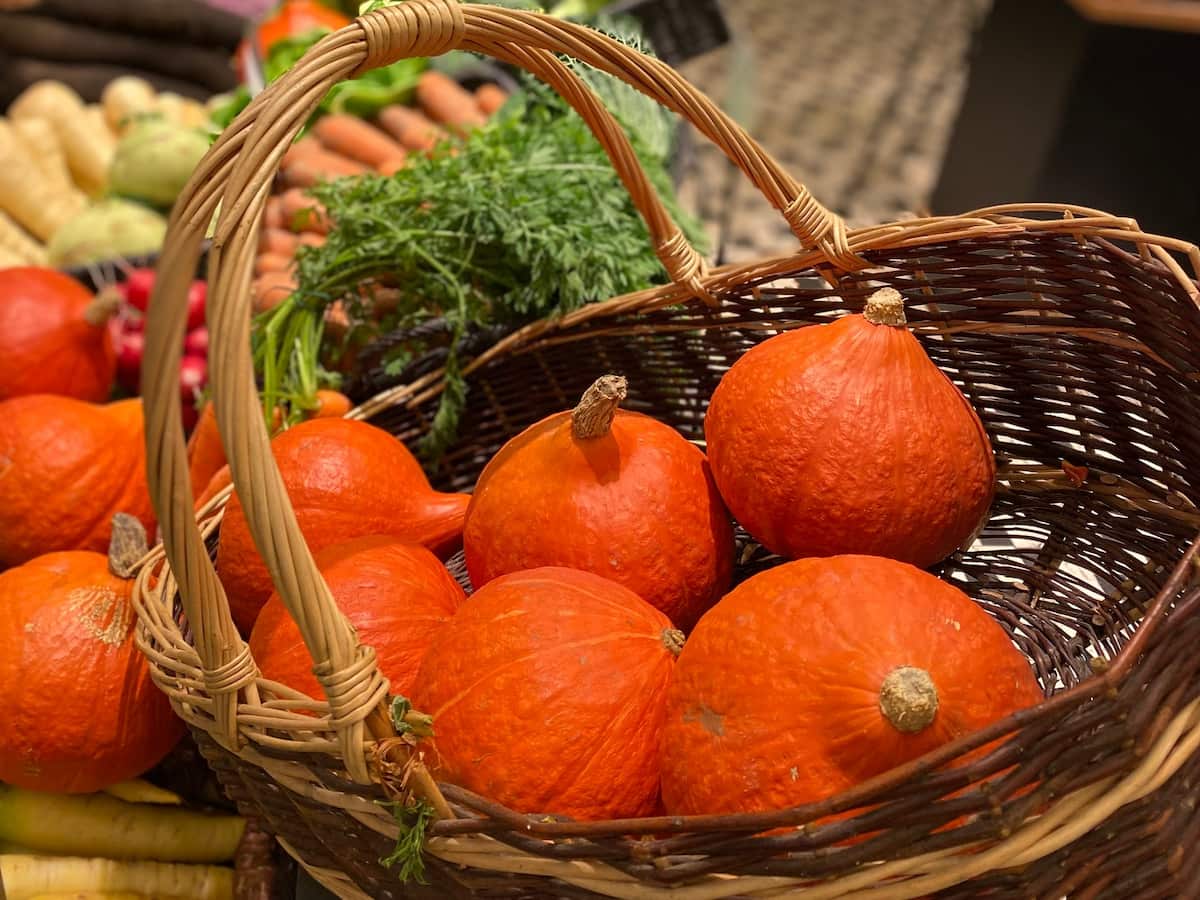 What Can I Make With Pumpkin?

Fall for all sorts of easy pumpkin recipes:

What’s more, the French love the Potimarron. It’s the tough, thicker orange-reddish-skinned round pumpkin that even tastes nutty like a chestnut and the skin is edible once cooked. Known as onion squash in the UK, Japanese or Red Kuri Squash, it’s less watery, and –  crikey, call me mad, but I’ve also made Red Kuri Squash macarons! Then there are the smallest, cute mini pumpkins called Jack-Be-Little or Pomarine in French.

Recipes with Pumpkins or Squash